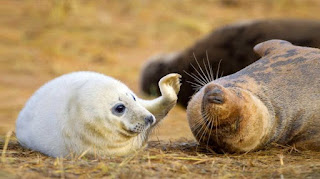 Shyly but surely, harbor seals have warmed up to Virginia waters

Traditionally, seals have been regarded in these parts as wintertime oddities – migrants precariously nosing along alone or in small groups around the lower Chesapeake Bay until the waters up north warm and lure them back.

Rees and other biologists are beginning to view their presence differently, however.

Around the man-made islands of the bridge-tunnel and on the sandbars of the marshy lower Eastern Shore, harbor seals are thriving in what seem to be growing numbers from mid-autumn to mid-spring. Rees has counted as many as 30 at one time around one bridge-tunnel island. A few weeks ago, Nature Conservancy scientist Alexandra Wilke logged 46 sunning in a seaside spot in Northampton County. 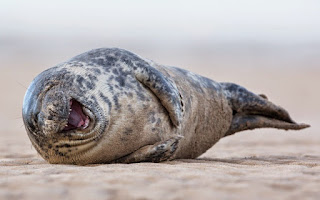 A northern animal found in increasing numbers in the south? Sounds like global cooling to me; or:


Thanks to a landmark 1972 federal law that banned killing or harassing them, seal populations had already dramatically rebounded in the heart of their territory from New England northward.

Late springtime estimates for harbor seals along the Maine coast nearly tripled to more than 75,000 between the mid-1990s and 2012, according to the Northeast Fisheries Science Center, a federal research arm based in Woods Hole, Mass. It found dramatic increases for gray seals and harp seals in the hearts of their ranges as well. 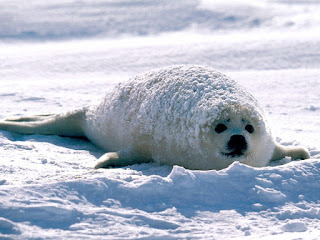 A Harp Seal was found up in Baltimore Harbor back in 2012, hanging around the aquarium. So, they're eating themselves out of house and home, and some of them are moving to the tropics to find grub.


In Massachusetts, around Cape Cod and islands like Nantucket, gray seals have become numerous and aggressive enough to earn distinction as “the most controversial animal in New England,” according to a Yankee Magazine article in 2014. They swarm popular beaches and snatch fishermen’s catches. And to the horror of many beach lovers, they’ve attracted a sizable following of white sharks, which love to chomp them (and still rarely attack humans).