Study Takes Rays Off the Hook in Shellfish Decline 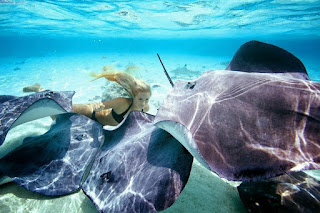 Cownose rays not to blame for shellfish declines, study says.


In a paper published today in the journal Scientific Reports, a team of scientists led by Florida State University’s Dean Grubbs counters a widely cited 2007 study that found that the overfishing of large sharks had led to an explosion in the population of rays, which in turn had devoured bivalves, clams and scallops along the East Coast.

The earlier study, published in Science, spurred campaigns in Maryland and Virginia to protect oysters and clams by targeting cownose rays, under the slogan “Save the Bay, Eat a Ray.” 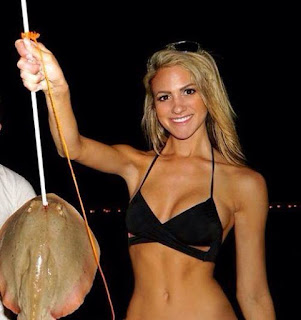 Frankly, a Science paper trumps a Scientific Report paper every day. That doesn't necessarily mean it's right, but the respectability difference is striking.


Virginia’s Marine Products Board endorsed the creation of a ray fishery and promoted the majestic, hawk-like sea creature as the “veal of the Chesapeake.” In Maryland, local outdoorsmen organized bow fishing tournaments, where fishermen would shoot and kill hundreds of rays and win prizes for the animals based on weight. Neither state has a management plan for the species, though they and the Chesapeake Bay Program are working on one.

Grubbs and his co-authors concluded that the 2007 Science paper over-stated both the decline in big sharks and the ability of cownose rays to reproduce enough to devastate shellfish populations. Rays mature slowly and do not reproduce until age 6 or 7. Females produce only one pup a year, in a live birth. Furthermore, Grubbs said, oysters declined long before sharks, victims of disease, over-harvesting, over-sedimentation and habitat loss.

“Cownose rays have been used as a convenient scapegoat, and while they may negatively affect some efforts to restore harvestable shellfish stocks, they were not the cause of the collapse of shellfish fisheries, as the 2007 study claimed,” Grubbs said. 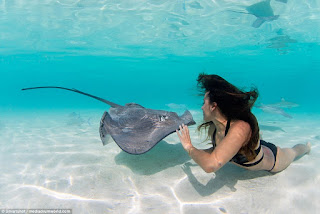 Huge numbers of Cownose Rays move into the Bay in late spring, to pup and have sex, which they do with a whole lot of splashing and swimming around on the surface. It marks the end of big Striped Bass season when you start hooking more rays than stripers. They put up a tremendous, if not flashy fight, and bringing one to the boat on light tackle is a worthy victory. Although they are edible, no one seems anxious to eat them, as their flesh is oddly colored, and shot through with red streaks. I tried, once, and wasn't impressed.

However, I've always thought that blaming Cownose Rays for the decline of oysters was wrong. Oysters and rays co-existed just fine before fishing decimated or more like centimated the oyster populations.

Wombat-socho's "Rule 5 Sunday: Rally ‘Round The Banner, The Banner Purple And Green" is ready at The Other McCain.