Can Sharks Save Our Teeth? 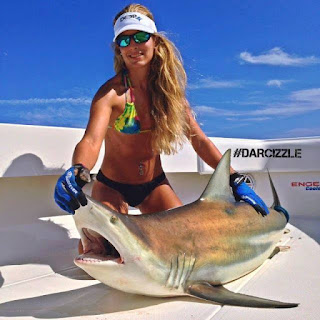 . . . scientists at the University of Sheffield have discovered that the same network of genes that allow sharks to regrow teeth is present in humans.

The same genes have been retained over 450 million years of evolution – when humans and sharks had a common ancestor - and mean we have the capability to regrow our teeth if a way can be found to switch these genes on.

What if you get them switched on, and can't switch them off again, do we get teeth that fall out, and get replaced often, like sharks. That might be awkward at dinner. I thought I was through with that when I was 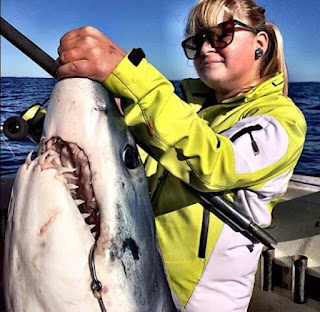 These genes – contained in specialised cells that create teeth – mostly die off or lie dormant after our milk teeth and our adult teeth grow.

Dr Gareth Fraser and colleagues analysed the teeth of catshark embryos, and identified the genes involved during stages of early shark tooth formation.

These genes continue to be used to grow further teeth and are found in cells called the dental lamina, which are responsible for the lifelong continuation of tooth development and regeneration in sharks. 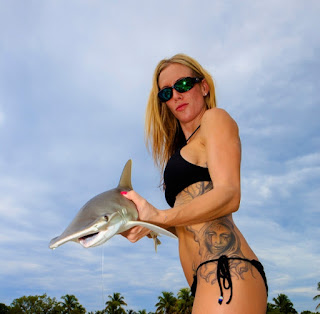 This is one of those, "gee whiz, what if we could do this" kind of articles, based very loosely on some recent research. We're no where near having the gene technology to turn on complex pathways like teeth:

'The point is at some level it's not so far-fetched we can use and re-utilise what nature has provided.

'At some point during adolescence, we lose the cells, they break down. There is a possibility we can re-invigorate them with future dental therapies.'

Dr Fraser said he believes that once 'a set of tweaks' is found, we will be able to regrow teeth 'when and if we need them.'

In all there are 400 genes which interact to grow a tooth.

But, next year, when they get the technology, I have a couple I'd be happy to swap out.
Posted by Fritz at 7:15 PM