Before we get to the fun stuff, there was yet another release of Hillary's email, and as expected, the count of emails that needed classification before it could be viewed by the American public has climbed, again. At least 1,730 Clinton emails contain classified material

At least 1,730 emails that Hillary Clinton sent or received contained classified material, according to the State Department’s latest update from its ongoing review of more than 30,000 emails.

The State Department released a new batch of 1,116 pages of Clinton’s emails Friday evening in response to a court order. Of those, 64 contain classified information. All are at the confidential level, which is the lowest level of classification.

None of Clinton’s emails was marked as classified during her tenure, State Department officials say, but intelligence officials say some material was clearly classified at the time. Her aides also sent and received classified information.

The Clinton camp whines a lot about the material not being classified when it was sent to her privately maintained, insecure server. If she'd simply used the government email system, she wouldn't be in this situation. They may not have have protected it perfectly, but at least they try.

They also whine endlessly about over classification and that most "classified" emails aren't dangerous. Yeah, it occurs. Let's assume that 90% of what's classified doesn't need to be, just for arguments sake. Then only 173 really dangerous emails have been exposed. Some consolation. More to come on Feb. 13, 19, 26 and 29. 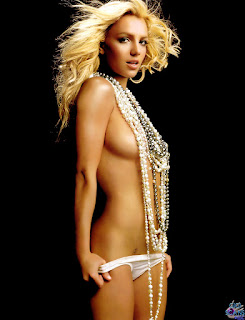 Not quite good enough for Britney: Clinton's goes 'toxic' in Nevada, meets with Britney Spears


Former Secretary of State Hillary Clinton met pop star Britney Spears this week while campaigning across Nevada in the final days before the state's Democratic caucus this Saturday.
. . .
"Such an inspiration and beautiful voice for women around the world!!! This woman had an intense presence and I felt very honored to meet her!!!" Spears later said of Clinton on Instagram.

Nevertheless, Spears stopped short of fully endorsing the Democratic hopeful. According to ABC News, the pop music singer first included the Clinton campaign's #ImWithHer hashtag in her caption on Instagram, but later deleted it. 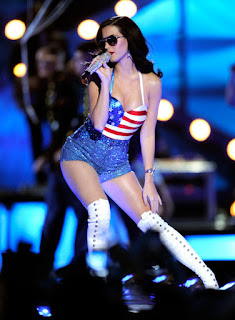 Katy Perry, on the other hand, goes in for Hillary in a way that Hillary can really respect:  Katy Perry Cashes in on Clinton Support, Hillary for America reports paying pop star’s company $70,000 for ‘event production’


Pop star Katy Perry’s company has been paid nearly $200,000 by the campaigns of presidential candidates she has endorsed, including Hillary Clinton, public records show.

It was not immediately clear which event that referred to or what services Perry’s company provided. Neither the Clinton campaign nor Perry’s manager responded to questions about the arrangement.

Perry has headlined Clinton campaign events, including an Iowa rally in late October. She and Elton John will perform a concert for campaign donors next month.


By the way, Hillary keeps claiming that Nevada naturally favors Bernie Sanders because it's "80% white."

This is a lie, as people keep pointing out. In the last election, less than 70% of voters were white -- about kinda normal for the country.

It's the Washington Post's Chris Cilliza, so he's totally in the tank for Hillary


I think I understand why she answered the way she did. She knows she has been in public life for a long time and that she has said lots and lots of things. Because of that, it's possible that at some point in the future, someone will unearth a statement in which it could be construed that she wasn't telling the whole truth. Clinton is protecting against the damage incurred by such a revelation.


Hillary Clinton deflected a call from a Nevada voter to release transcripts of her speeches to Wall Street groups and pushed back at accusations that her reluctance to make those documents public was just "political rhetoric."

"I am happy to release anything I have when everyone else does the same, because every other candidate in this race has given speeches to private groups, including Sen. Sanders," she said during Thursday's MSNBC Democratic presidential town hall, referring to rival candidate Bernie Sanders.


Democratic presidential hopeful Bernie Sanders on Friday pledged to release all the transcripts of speeches he has given to Wall Street firms — there are none — in a not-so-subtle poke at his rival Hillary Clinton.

Clinton, the former secretary of state, said during a forum broadcast Thursday night by MSNBC and Telemundo that she would release transcripts of her paid, closed-door speeches to Wall Street firms “when everyone else does.”

“Sen. Sanders accepts Clinton’s challenge,” said Sanders spokesman Michael Briggs. “That’s easy. … So now we hope Secretary Clinton keeps her word and releases the transcripts of her speeches. We hope she agrees that the American people deserve to know what she told Wall Street behind closed doors.”

I'm starting to think she's just not very smart. I don't want her playing poker with Putin over our security.


Bernie Sanders's elder brother rips Bill Clinton in a new interview, suggesting the media is too focused debating whether the former president is a "terrible rapist" or "nice rapist."

He also suggests that his brother, a self-described democratic socialist running for the Democratic presidential nomination, is "very socialist" in his view of "class warfare."

“Bill Clinton has leapt in to try and make it personal with Bernard,” Larry Sanders, 80, who lives in England, told The Daily Beast for an interview published Friday. He described Clinton as a "dreadful" president for poor people.

Sanders went on to argue that "a lot of bad key policies didn't come in under the Bushes" but stemmed from the Clinton administration, mentioning changes in the welfare system and the North American Free Trade Agreement.

RIP IT GO LIKE Dank memes vids and articles to kill time with AND Daily Dabs
Posted by Savage Society on Friday, February 19, 2016


Linked in Wombat-socho's "Rule 5 Sunday: Disney Girls"  at The Other McCain.
Posted by Fritz at 2:45 PM