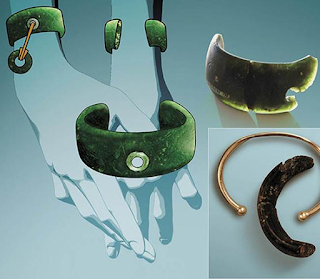 In what is quite an amazing discovery, scientists have confirmed that a bracelet found in Siberia is 40,000 years old. This makes it the oldest piece of jewelry ever discovered, and archeologists have been taken aback by the level of its sophistication.

The bracelet was discovered in a site called the Denisova Cave in Siberia, close to Russia’s border with China and Mongolia. It was found next to the bones of extinct animals, such as the wooly mammoth, and other artifacts dating back 125,000 years. 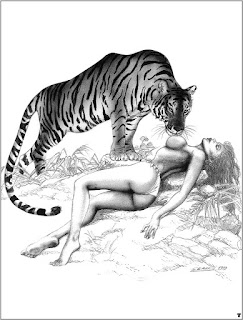 We've seen the Denisovans here before, when they were first announced to the public, based on their unique genetic signature found in some finger bones, and later when their genetic signature was detected in prehistoric Spain and other places and when their genes were fingered in the high altitude adaptions of Tibetens, and some disease immunity. It's all very remarkable for the results from finding a few teeth and a couple of finger bones.

The Denisovans were unique in many ways, having branched away from other humanoid ancestors some 1 million years ago. Indeed, the recent discovery of a female Denisovan finger bone and various teeth shows that they had no morphological similarities to either Neanderthals or modern humans.

So, they were people with funny looking fingers and teeth? In other words, they would fit right in in West Virginia?

Strangely, however, DNA evidence also suggests that, at some point, the Denisovans must have interbred with an as yet unknown and undiscovered species of humans beings.

Skeletal remains show that the Denisovans were probably far more robust and powerful than modern humans, and were, until now, assumed to be a more primitive, archaic type of humans than us. 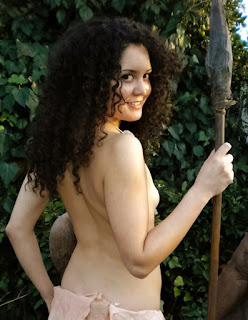 Until proved otherwise, I'm going to assume that Denisovan women were hot. . .


But, the discovery of the bracelet suggests this was far from true. Amazingly, the skill involved in making this adornment shows a level of technique at least 30,000 years ahead of its time.

Until now, scientists had believed that such skills had only evolved among humans in the Neolithic period, which began at about 10,000 BC. Indeed, originally, they believed that the bracelet had somehow become mixed up with materials dating from a later period.

However, experiments have now definitely ruled that out, and they confirm that it could not have been made by homo sapiens or Neanderthals. After 7 years of analysis, the scientists are confident that the piece was made 30,000 years before the beginning of the Stone Age. 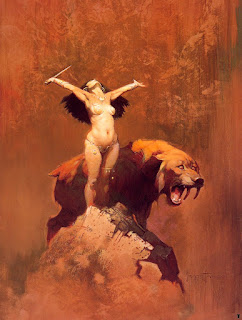 I can't even imagine how they could prove that from a piece of stone.

What is incredible is that the craftsman who made the adornment, seems to have used something similar to a modern drill. . .

“The ancient master” he said, “was skilled in techniques previously considered not characteristic for the Palaeolithic era, such as easel speed drilling, boring tool type rasp, grinding and polishing with a leather and skins of varying degrees of tanning.”

Held in place by what they believe was a leather strap, the bracelet itself was made from a type of stone called chlorite, which could only have been imported from some 200km (125 miles) away. 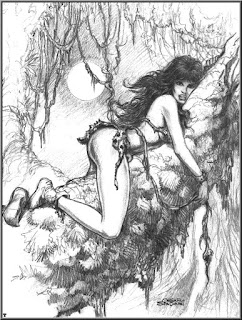 The bracelet was very delicate and was probably worn at special occasions by some important person, such as a Denisovan princess.

Shunk explains; “All jewellery had a magical meaning for ancient people. Bracelets and neck adornments were to protect people from evil spirits, for instance.”

“But this item, given the complicated technology and “imported” material, obviously belonged to some high ranking person of that society.”

We got all the way to a princess on a couple of fingerbones, some teeth and a broken bracelet. That's what I like about science, such wholesale speculation out of a few facts.