Venezuela is So Screwed

In Venezuela…Jimmy Carter Offers to  Lend a Hand

Ukraine has pushed Venezuela off the front pages, but all the while, the collapse of that country’s socialist regime continues. Demonstrations are ongoing in Caracas and throughout the country:

Ukraine has pushed Venezuela off the front pages, but all the while, the collapse of that country’s socialist regime continues. Demonstrations are ongoing in Caracas and throughout the country. 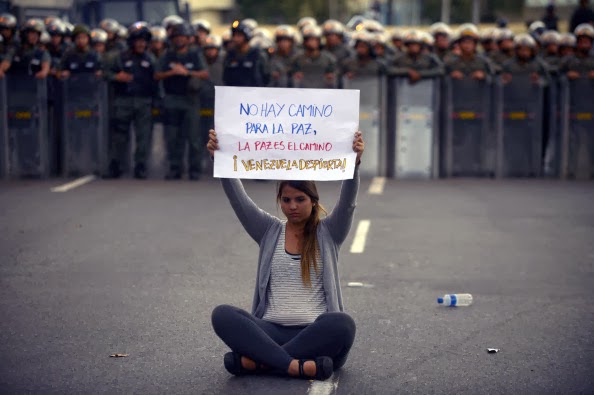 As if Venezuela didn’t have troubles enough, Jimmy Carter has offered to get involved. Humberto Fontova reports at Frontpage:


Last week Jimmy Carter fired off letters to Venezuela’s fraudulent President Nicolas Maduro and to Venezuela’s defrauded Presidential candidate Enrique Capriles expressing “grave concern” regarding the political turmoil and bloodshed convulsing their nation. From his pulpit at Emory University’s Carter Center, the former U.S. president calls for “dialogue” among the embattled Venezuelan parties and offers to visit the troubled nation — but not as a formal “mediator.”
The news of Carter’s proposed Venezuela visit was only hours old when alarmed Venezuelan anti-socialists sent out an SOS: “Please, desist from your trip,” reads an open letter from Venezuelan blogger/journalist Daniel Duquenal. “You have absolutely no credibility in Venezuela…You have cursed us enough as it is. I can assure you that half of the country has no respect nor credibility for you and the other half (the Castroites) thinks you are a mere fool that they can use and discard as needed.” 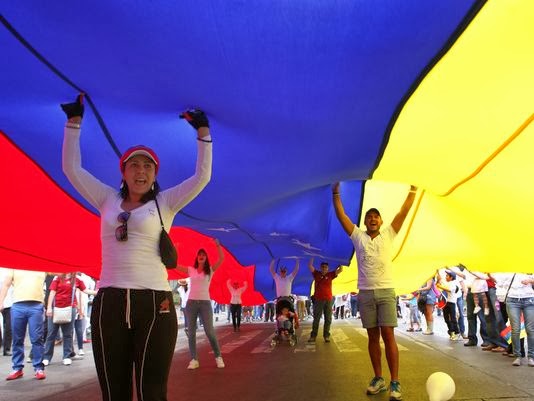 Fontova notes that Maduro’s failed regime is being kept afloat by Cuban security forces–a scandal hiding in plain sight.
...
Jimmy Carter never met a dictator he didn’t like–how he must envy Barack Obama’s ability to change laws by decree!–and he is particularly fond of his “old friends,” the Castro brothers. So I think it is a safe bet that the anti-Communist forces in Venezuela will conclude they can get along without any help from Carter.

I guess that's what happens when you run out of other people's money.

Wombat-socho is back on track this week at The Other McCain with "Rule 5 Sunday: Take It Like A Man."