Tell It To the Cat Ladies 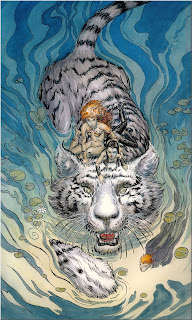 
I love cats... I love wild birds, too, but unfortunately so do cats, so much so that, according to some estimates, they kill upward of 500 million songbirds a year in the United States alone.
Gray catbirds offer one example of this devastation. Long-distance migratory birds native to the East Coast, catbirds breed in large numbers in the D.C. suburbs, arriving toward the end of April each year from their wintering grounds in Cuba, the Bahamas and southern Florida. Catbirds nests in shrubs, so our suburbs are especially attractive to them. What these catbirds and many other local songbirds don’t realize, however, is that a new (in evolutionary terms) danger lurks in those attractive bushes — the free-ranging cat. 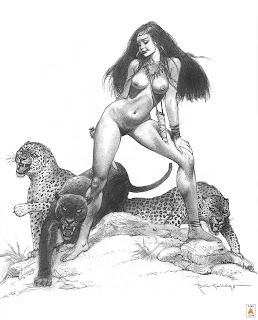 Cats are impressive predators, even the tame ones.  We had a calico cat for 19 years, named Felicity.  I once saw her jump 5 feet straight into the air, and nearly catch hummingbird, an animal for which most other animals must seem as slow as molasses.  She was tough on voles, moles and baby rabbits too.

In a recently published study, my Smithsonian colleagues and I demonstrated that cats are the primary predators of young catbirds soon after they leave the nest. In fact, in some areas, less than 15 percent of these fledglings survived, largely because of cat predation. Free-ranging cats have turned the D.C. suburbs into ecological traps for birds — sites that attract them for nesting but ultimately cause high levels of reproductive failure.

The free-ranging domestic cat, both pet and feral, has become by far the most abundant mammalian predator on Earth, numbering 80 million to 120 million in the United States alone. You need only look into a neighbor’s yard or down an alley to find one. Unlike our native bobcat and lynx, free-ranging cats are as invasive and disruptive to native ecosystems as gypsy moths or West Nile virus. 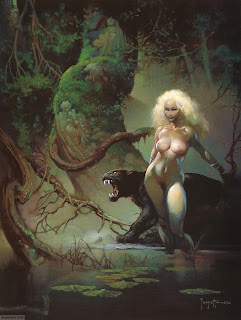 I tend to discount such arguments quite a bit.  For one thing, our current urban or suburban ecosystem is nothing like natural.  Most of the plants are non-natives, or if natives, out of their usual habitat, and except for domestic and feral cats, and because of the presence of humans (and our pet wolves dogs), much lower in predators.  Cat's fill (and perhaps overfill) that niche.

Whether they are pets allowed to roam, fully feral animals or feral members of a trap-neuter-release (TNR) colony, domestic cats are by nature predators of small animals such as reptiles, birds and mammals — even when they are well fed. It’s not surprising, then, that they have been responsible for numerous animal extinctions on islands. The millions of free-ranging cats in the United States are inflicting similar devastation on wildlife populations here.

I don’t enter lightly into the long-standing debate about free-ranging cats. On one side are people who think cats have a right to roam freely; on the other are those who believe a cat’s only proper place is inside a home. I come down with the latter because, apart from their impact on wildlife, outdoor lifestyles ironically also have negative consequences for cats. The American Veterinary Medical Association estimates that free-ranging cats have half the life expectancy of indoor cats. Causes of cat death can be gruesome — getting hit by cars, being mauled by dogs or becoming a meal for foxes and coyotes. Life outdoors also means greater exposure to diseases such as toxoplasmosis and feline leukemia. Cats are now the most common domesticated animal to carry and transmit rabies to humans and other wildlife. 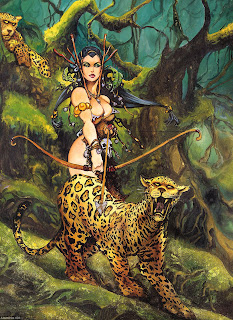 Again, an argument that fails to move me.  Are we required to help all feral animals achieve a near optimal lifespan?  Nature is red in tooth and claw, and it's a rare animal in nature that would live long enough to collect Social Security and Medicare.  Feral cats are no exception; we don't owe them a happy retirement.

The most egregious example occurs with feral cats living in or near TNR colonies. Maintenance of such colonies remains common in many urban and suburban parks and even some national wildlife refuges. The cats in these colonies, although fed, not only suffer the same fates as those described above for free-ranging ferals but the places in which they live can become devoid of most wildlife. Worse, these colonies encourage the dumping of unwanted cats. While neutering can slow a colony’s growth, it is rarely fully effective because more than 70 percent of the cats must be sterilized. New cats arrive, and many go unneutered and unvaccinated. The result is reproductively active colonies that continue to devastate wildlife. 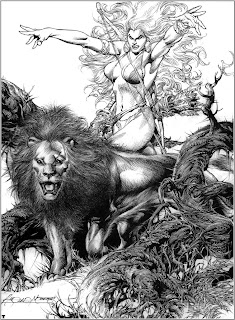 On the other hand, trap neuter and release programs are just insane.  Cat fur makes a fairly decent liner for slippers, and the cats themselves make a tolerable Kung Pao choice.  We are not in ancient Egypt, cats are not sacred.


What’s the solution? It is unreasonable to expect to see the elimination of all free-ranging cats, but better education about responsible pet ownership, combined with effective regulations, could reduce their numbers. Such efforts will require more involvement by government at all levels and the implementation of mandatory licensing, more-engaged animal control programs, neutering and indoor-cat campaigns.

For starters, the effects of TNR colonies need to be made clearer to the well-meaning people who support them.

Although people on both sides of this debate feel passionately, there is an urgent need to come together to find common ground. Allowing cats to roam outdoors is no good for people, cats or native wildlife.

Farm folk with farm cats know that you have to thin the herd occasionally; it's too bad the urban crowd can't see their way clear to the obvious solution.

My thanks, and apologies,  to Wombat-Socho at The Other McCain for including this in the weekly Rule 5 roundup "Who Gives a F*** About A G*ddamn Grammy" despite the fact that I sent it to the wrong mailbox.
Posted by Fritz at 6:00 AM