How can you misplace a whole continent?  Well, it has to be a very small continent, and it takes a long, long time.


Fragments of an ancient continent are buried beneath the floor of the Indian Ocean, a study suggests. Researchers have found evidence for a landmass that would have existed between 2,000 and 85 million years ago. The strip of land, which scientists have called Mauritia, eventually fragmented and vanished beneath the waves as the modern world started to take shape.

I think the continent ought to be named after its discoverer, hence maybe we should call it "Torsvikia."  After all, America is named after Amerigo Vespucci.


Until about 750 million years ago, the Earth's landmass was gathered into a vast single continent called Rodinia. And although they are now separated by thousands of kilometres of ocean, India was once located next to Madagascar.

Now researchers believe they have found evidence of a sliver of continent - known as a microcontinent - that was once tucked between the two. 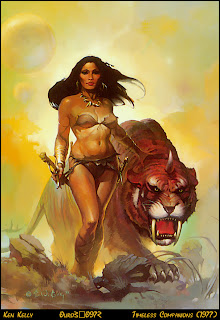 So what good is a tiny lost continent without a few cave girls and some unlikely fauna  to populate it? And maybe an intrepid adventurer type to rediscover it?


The team came to this conclusion after studying grains of sand from the beaches of Mauritius.

While the grains dated back to a volcanic eruption that happened about nine million years ago, they contained minerals that were much older.

Professor Trond Torsvik, from the University of Oslo, Norway, said: "We found zircons that we extracted from the beach sands, and these are something you typically find in a continental crust. They are very old in age."

The zircon dated to between 1,970 and 600 million years ago, and the team concluded that they were remnants of ancient land that had been dragged up to the surface of the island during a volcanic eruption. 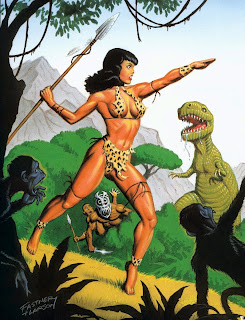 So it's safe to say this theory rests on a few grains of sand?

And what were the scientist doing lying around on the beaches of Maurtitius looking for little grains of zircon?  That sounds like a pretty good gig.  How come I got the Anacostia River, and they got Mauritius?


Prof Torsvik said that he believed pieces of Mauritia could be found about 10km down beneath Mauritius and under a swathe of the Indian Ocean.

It would have spanned millions years of history, from the Precambrian Era when land was barren and devoid of life to the age when dinosaurs roamed the Earth.

But about 85m years ago, as India started to drift away from Madagascar towards its current location, the microcontinent would have broken up, eventually disappearing beneath the waves. 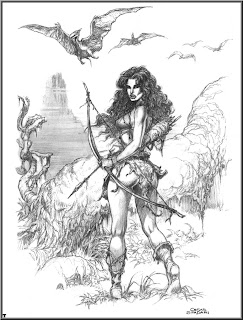 Sounds to me like we're not really talking about a large island system, and not really a continent as most people understand it, although I suppose having a separate piece of continental crust isolated in the ocean might technically make it a microcontinent. Certainly we think of Madagascar as an island and not a continent.


However, a small part could have survived.

"At the moment the Seychelles is a piece of granite, or continental crust, which is sitting practically in the middle of the Indian Ocean," explained Prof Torsvik.

"But once upon a time, it was sitting north of Madagascar. And what we are saying is that maybe this was much bigger, and there are many of these continental fragments that are spread around in the ocean."

Would that make the Seychelles a nanocontinent?


Further research is needed to fully investigate what remains of this lost region.

Prof Torsvik explained: "We need seismic data which can image the structure... this would be the ultimate proof. Or you can drill deep, but that would cost a lot of money."

You don't want to ruin a good gig too quickly; I foresee a lot of trips to Mauritius and the Seychelles and lots of very incremental publications for Prof. Torsvik before the issue is settled.