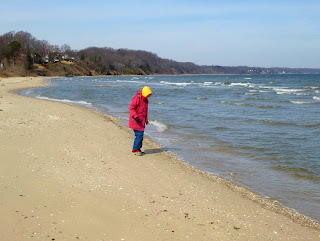 We managed another beach trip this morning.  It was not quite as nice as yesterday; the temperature was about the same, but a 15 mph north wind made it much chillier.  However, it did drop the tide enough for us to make it past the cliffs so we could get up to the boat ramp. 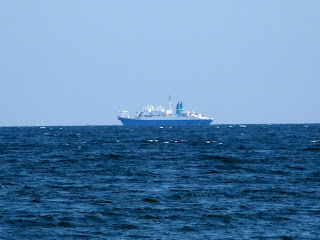 An unusual boat heading north.  A look at the marinetraffic.com  site shows it to be the Pacific Guardian, a cargo ship from the UK.  A pretty unusual looking cargo ship.  It's moored up in Baltimore right now. 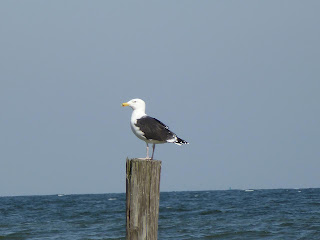 A gull on the posing post.  Quick look through the gulls suggests that it is the Greater Black Backed Gull, reputed to be the largest gull in the world, although I sent these pictures to the expert to be certain. 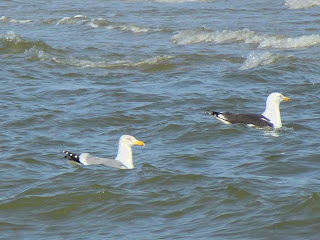 It was hanging around with a Herring Gull.  I can't say I noticed the Black Backed was much bigger. 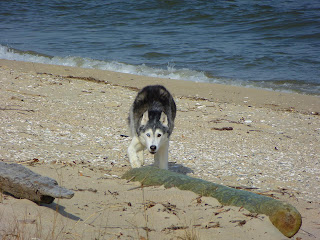 I wonder what she thinks she's stalking...
Posted by Fritz at 5:37 PM