An asteroid wiped out the dinosaurs

A team of American and European researchers have confirmed that the Cretaceous-Paleogene extinction — the event that wiped out roughly 75% of the planet’s species, including almost every dinosaur — was caused by an asteroid impact in Mexico 66 million years ago. The Cretaceous–Paleogene extinction was the last great extinction event to occur on Earth, and is most notable for causing the diversification of mammals that eventually resulted in Homo sapiens....

Until now, though, there hasn’t been enough evidence that the Chicxulub impact actually caused the Cretaceous-Paleogene extinction. There was certainly a massive asteroid impact, but previous evidence showed that the asteroid impact occurred up to 300,000 years before the extinction of the dinosaurs. Biologists and geologists have argued that there may have been another cause — an impact at the Shiva crater off the coast of India, global volcanic eruptions, or perhaps something more gradual.

Now, however, European and American scientists have re-tested debris from Chicxulub using state-of-the-art equipment and narrowed the asteroid impact down to a period of 11,000 years, between 66.03 and 66.04 million years ago — almost simultaneous with the Cretaceous-Paleogene extinction. When dealing with geological timescales, a range of 11,000 years is about as accurate as you can get. As the research paper puts it, though, “the Chicxulub impact likely triggered a state shift of ecosystems already under near-critical stress.” In other words, prior to the extinction event, Earth was already teetering on the edge of self-annihilation. The asteroid was simply the zettajoule stick that broke T-Rex’s back.

Remember, correlation is not causation.  I'm still holding out for the "Cave Girl" hypothesis... 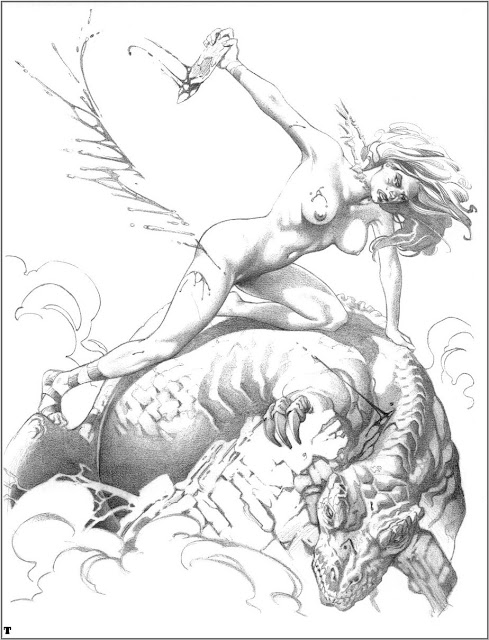