Agent 070 Comes Out of the Cold 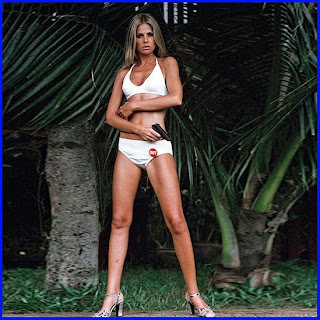 Dope smoking with Sellers, how Rod wore my underwear and why I walked out on a date with Beatty, by Britt, 70

A gentleman never tells. A lady in her eighth decade? Frankly, she can say what she wants.

Britt Ekland has lifted the lid on her colourful love life, revealing the secrets – and ineptitudes – of old flames including Peter Sellers, Rod Stewart and Warren Beatty. 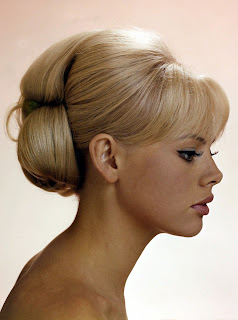 But while the former Bond girl, 70, has dated some of the world’s most eligible bachelors, she described herself as ‘the most reluctant sex bomb’ – and said she ‘had no idea what effect I had on men’.

Really?  You don't understand the effect of good looking women on men?  You must be a couple of crates shy of a full load.  Or you're trying to make excuse.  I'll go with the later. 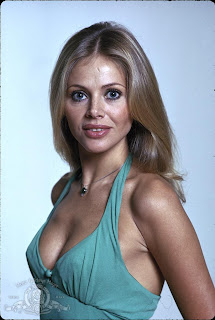 Miss Ekland married British actor Sellers, who was 17 years her senior, after a ten-day courtship in 1964. The couple divorced four years later, following a turbulent marriage marred by Sellers’s manic depression. He died in 1980.

Recording an episode of Piers Morgan’s Life Stories, she said: ‘What was I thinking? That is what I should have asked myself. I just fell madly in love with him. He was very suave and sophisticated. The age gap did not bother me.

Rich men, successful old men and sexy young women; a story that was inscribed on a wall in cuneiform in ancient Babylon, and copied into hieroglyphics in Egypt. 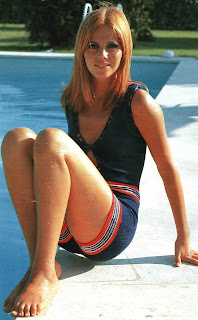 ‘I never wanted that life, but he proposed and I did it. If I could go back and say wait, then I would. But you can’t.’

Miss Ekland also described how Sellers wooed her with drugs. She said: ‘He asked, “Have you ever smoked a cigarette like this? It’s marijuana. This is what you do.” I did this and the next thing I remember I was on the terrace and he was kissing me.’

She said she was ‘heartbroken’ when their relationship ended, adding: ‘If I had known what he was like I would have probably put him on lithium and he probably would have had a much longer and happier life.’

It's nice of her to imagine that she could have fixed him, but it sounds like making an excuse to me. 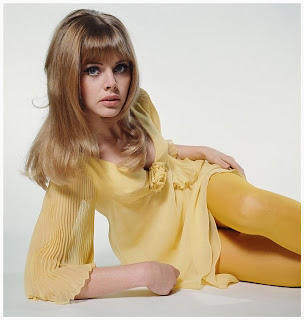 As for Warren Beatty, who is famed for reportedly seducing 12,775 women, Miss Ekland described him as ‘not the most divine lover of all’. 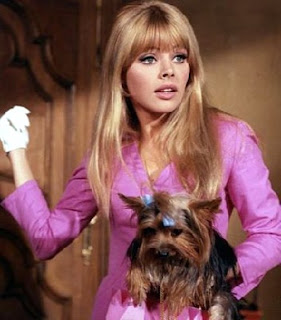 She said he tried to seduce her in 1970 by taking her to a pornographic film: ‘I was truly shocked as I was brought up practically as a Victorian person. I am a prudish person. I wanted to get out of there and I left.’

A Victorian Swede?  That's wrong on so many levels.

The actress was more kind to the Queen’s cousin, Lord Lichfield, describing him as ‘gorgeous’. But she turned down his marriage proposal because she ‘never wanted to be a Lady’. In 1972 she briefly dated actor George Hamilton, whom she described as ‘one of the funniest men I have ever known’. 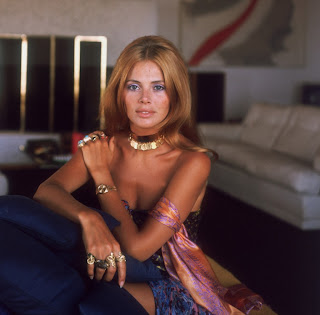 In an odd twist, Hamilton’s wife, Alana, would later leave him for Rod Stewart – when the singer was dating Miss Ekland.

Sounds like the year from hell at the lab, when back in 1990 or so, half the lab decided they needed to be married to some one else at the lab.


She denied Stewart’s claim that she used to send him parcels containing love notes and knickers, saying: ‘Rod did wear my underwear on stage, but only to keep the package in place.’ 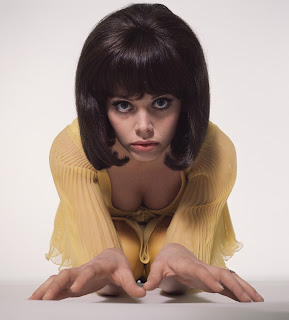 Sorry girls, no pictures of Rod wearing Brit's panties, but if you go to the original link, you can get the general idea.

Describing the moment she found out Stewart, now 68, had been unfaithful, she said: ‘George Hamilton told me, “Oh how funny, [Alana] has just left me for your ex-boyfriend.” Suddenly a light went on and I thought “Rod”. I got in the car and drove home. I wanted to throw up.’

She added: ‘He never said sorry. Never. I wish he had. I think that would have brought it to an end. I think it is only fair to do that.’ 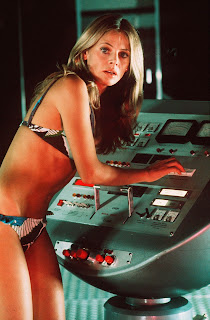 Despite her blonde bombshell looks, Miss Ekland said she was a ‘fat and dumpy kid’ and remained unhappy with how she looked.

She said: ‘I think I suffer from body dysmorphia as I don’t see what other people see. I just see faults. Like too big a bum, my ears used to stick out. I have never liked my body.’

Nevertheless, she's kept pretty good care of it; check out this picture from 2012: