For nearly 20 years, Alaskan politicians have lobbied the federal government to construct a roughly 20-mile gravel road connecting the tiny village of King Cove to the larger town of Cold Bay, so its 750 year-round residents could have access to an all-weather airport in case of medical emergencies. Like many remote communities, King Cove has no road out, relying on air and marine transport. 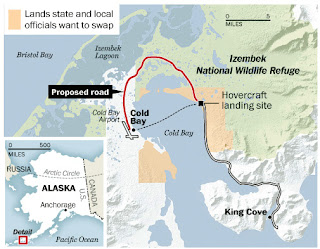 Like most rural Alaskan communities, King Cove is predominantly a redskin Indian Native American community, in this case Aleut.

That sound like more than a fair deal.  The refuge doesn't get any smaller, and the redskins Aleuts get access to a life saving road out of King Cove in times of crisis.


One of the arguments being made for the road is that air transport from King Cove has been dangerous. Eleven King Cove residents have died in plane crashes stemming from medical emergencies, 10 of them in two separate crashes in 1980 and 1981. 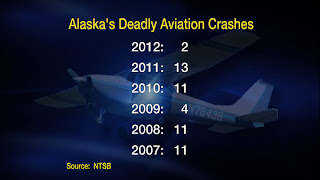 Eleven deaths out of 750 people over 20 years.  Why if something like that happened in say, Newtown Connecticut it would be a considered a national crisis.   If it saves only one life...


Ninety-five percent of the refuge was designated wilderness in 1980. It boasts a three-mile wide isthmus with lagoons on either side, and is home to the endangered sea duck Steller’s eiders as well as tundra swans, brown bears, foxes and other wildlife. Nearly every Pacific black brant in the world goes through there.

Which may very well be true, but does it necessarily mean that a gravel road used by 750 residents would necessarily cause a ecological catastrophy to the wildlife?  We have roads all over the place here in Maryland, including the marshes on the eastern shore, and our Brant and Tundra Swans are doing pretty well for the most part. Hmm, maybe they could restrict the road to emergency use?


Lawmakers have proposed language that would restrict the road to emergency operations. Outsiders may question the villagers’ environmental commitment, Trumble said, but the refuge is “a part of who we are as Aleut people.”

That road, it'll just kill the whole region, just like the ICC did.


The Fish and Wildlife Service rejected the idea of an exchange, releasing a final environmental impact statement on Feb. 5. Interior Secretary Ken Salazar, who agreed to meet with King Cove residents Thursday, must make a final decision next month on what is in the public interest. 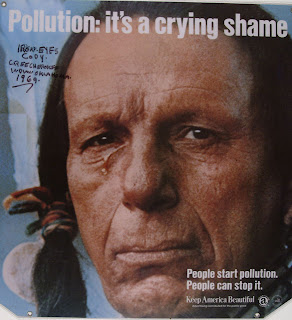 “The weight of this scientific evidence demonstrates that building a road through the refuge would irretrievably damage the ecological functions of the refuge and impair its ability to provide vital support for native wildlife,” Fish and Wildlife Service director Dan Ashe said in a statement...

To say I'm skeptical of claims that building one grave road through a three mile wide strip of land would irretrievably damage the ecological functions would be an understatement.  Alter them slightly? Possibly.


Desiree Sorenson-Groves, vice president of government affairs for the National Wildlife Refuge Association, said it’s unrealistic to expect federal officials will enforce such restrictions on a road she said would “go through the biological heart of the refuge . . . They’re not going to be having an armed guard at the gate.” 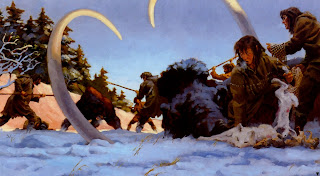 Redskins; you just can't trust them to take care of the environment as well as an urban yuppie, Iron Eyes Cody not withstanding.  Oh, he was Italian, wasn't he? I guess it's a good thing we gave them small pox, thinned them out a lot, conquered them and put them in reservations, or God only knows what ecological havoc they might have wreaked.  After all, they did wipe out the Pleistocene Megafauna in North America.

Stupid redskins just need to bow to the demands of the great white nannies is Washington D.C. After all, it's for their own good, whether they know it or not.