Something Unusual at the Beach 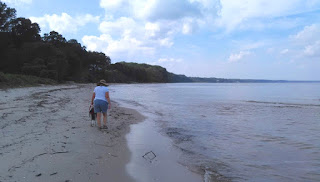 Late this afternoon, we all headed off to the beach. Another nice day, mid-70s, partly cloudy, and almost still. 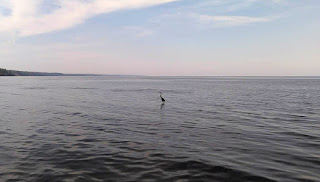 The usual crowd was there (see right). We did OK for fossils, 17 shark's teeth, and a couple of odd things (drum's teeth, tillie bones) including a fair little Mako, but not as good as yesterday, when we got 44 and several nice teeth. 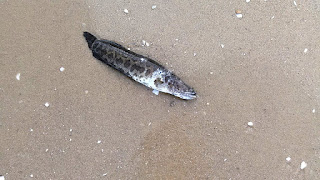 Something unusual too. This is a genuine Frankenfish, a Northern Snakehead, the feared invasive species, washed up dead on the beach, and partly picked over by birds. Where did it come from?  Washed out of a river sometime recently after the heavy rains, and unable to find a safe haven before the salt water returned? Who knows?
Posted by Fritz at 7:40 PM