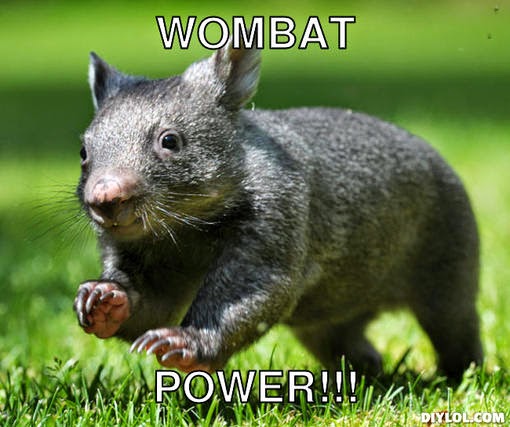 Bad news from Stacy McCain this morning. Fear and Loathing in Las Vegas: Wombat Hospitalized, Could Use Your Help


As a valuable member of the blog team, Wombat has been so effective that I tend to take his work for granted — it just predictably happens, day after day, like the sun rising in the East. So when there was no “In the Mailbox” feature on Friday, I didn’t panic, but I did notice. Then when there was no FMJRA or Rule 5 Sunday post, I was like, “What happened to Wombat? Did he get kidnapped by a gang of Thai hookers?” The man lives in Las Vegas, a place notorious for weirdness, and who knows?

After going out to eat at Taco Bell with my two youngest kids Sunday afternoon, I lay down for what I expected to be a short nap and woke up at midnight and noticed there was still no Wombat on the blog. That’s when I checked Facebook and discovered that he’d been hospitalized Friday with an infection and other health problems. He’s still got Internet access via his phone — you can wish him well on Twitter — but evidently the doctors won’t allow him to actually blog from his hospital room. 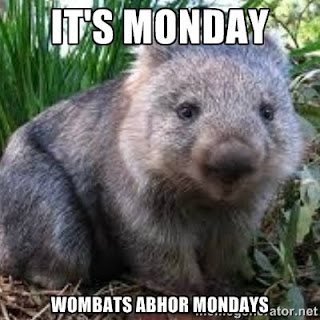 Readers must help restore Wombat’s health before the moonbats discover he’s been sidelined and trolls run amok in the comments.

The man is a military hero, you know — author of What Did You Do in the Cold War, Dad? If it hadn’t been for the service of troops like Wombat (a Russian-language specialist in the Army Security Agency) the Red Army would have rampaged through the Fulda Gap or the Commies could have subverted our government and then who knows? We might be living under a totalitarian regime nearly as frightening as North Korea.

Or maybe even California.

Wombat helped win the Cold War, and kept the Bolshevik menace from conquering the world (except California, and they did that to themselves.)

In September, Wombat started a GoFundMe page to help with his moving expenses, and I urge readers to go contribute there.

I did, even though it prolly cost me all the money I've made on the blog in the last two years (not that much, trust me). That's fair anyway, because without the Rule 5 Sunday and FMJRA post I wouldn't have near the traffic.

Linked by EBL in Wombat Alert: Wombat Socho Needs Our Help.
Posted by Fritz at 3:38 PM