The lawyer for Christine Blasey Ford's "beach friend"-- the one who worked for the FBI in the office of former Schumer staffer Preet Bharara--just so happens to be the FBI official who oversaw the Clinton e-mail and Trump Russia probes. What a coincidence! https://t.co/f0z2tvntMu
— Sean Davis (@seanmdav) October 5, 2018


Coincidence? Once is happenstance. Twice is coincidence. Three times is enemy action. With regard to Russiagate, we're approaching triple digits.

This is a little old, but somehow I overlooked it before. Chuck Ross, The Daily Caller: House Judiciary Subpoenas Fusion GPS Co-Founder Glenn Simpson.


The House Judiciary Committee on Friday issued a subpoena to Glenn Simpson, the co-founder of Fusion GPS, the opposition research firm that commissioned the Steele dossier on the Trump campaign.

As part of our joint investigation into decisions made by DOJ in 2016, today I subpoenaed Glenn Simpson to appear for a deposition.

Simpson, a former Wall Street Journal reporter, will likely face questions over his involvement in the dossier, which was funded by the Democratic National Committee and Clinton campaign. His hiring of Nellie Ohr, the wife of Justice Department official Nellie Ohr, is also a likely topic of discussion.

Simpson and Bruce Ohr met before and after the 2016 election to discuss dossier author Christopher Steele and Fusion GPS’s investigation into President Donald Trump’s possible ties to Russia. Simpson, who has been interviewed by three congressional committees so far, told the House Permanent Select Committee on Intelligence in November that he did not meet with Ohr until after the election.

But Ohr said in a congressional deposition on Aug. 28 that he met with Simpson in August 2016, four months before the election.

Until Congress actually does something to people who lie to Congress, witnesses will continue to do it with impunity. I suggest stocks. 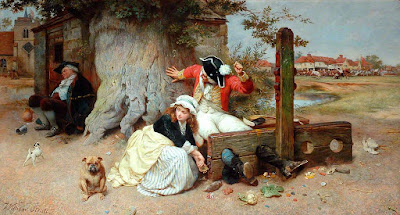