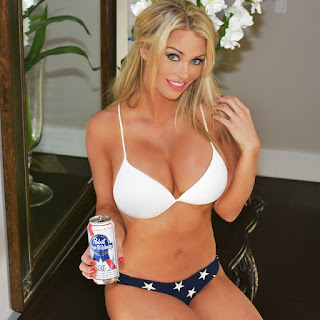 Climate alarmists finally find something that the deplorables might care about: Climate Change to cause “dramatic” beer shortages

Severe climate events could cause shortages in the global beer supply, according to new research involving the University of East Anglia (UEA).

The study warns that increasingly widespread and severe drought and heat may cause substantial decreases in barley yields worldwide, affecting the supply used to make beer, and ultimately resulting in “dramatic” falls in beer consumption and rises in beer prices. 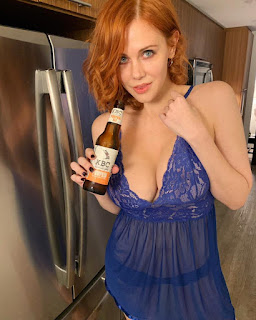 Actually, barley is a small part of the cost of beer. Taxes are higher.


Beer is the most popular alcoholic drink in the world by volume consumed. Although the frequency and severity of drought and heat extremes increase substantially in a range of future climate scenarios, the vulnerability of beer supply to such extremes has never been assessed.

In recent years, the beer sector has consumed around 17% of global barley production, but this share varies drastically across major beer-producing countries, for example from 83% in Brazil to 9% in Australia. Results from the new study reveal potential average yield losses ranging from 3% to 17%, depending on the severity of the conditions. Decreases in the global supply of barley lead to proportionally larger decreases in barley used to make beer. 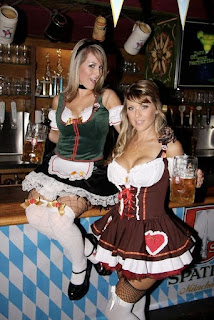 You mean they might choose to ferment something that grows better at warmer temperatures, like say wheat or rice? The devil you say!

The findings, published today in Nature Plants, suggest that total beer consumption decreases most under climate change in the countries that consumed the most beer by volume in recent years. For example, the volume consumed in China – today the largest consuming country – falls by more than any other country as the severity of extreme events increases, and by 4.34 billion litres in the most severe.

But then someone had to ask, what does the growth of barley look like now? And from the next WUWT post Climate Beer Goggles, this: 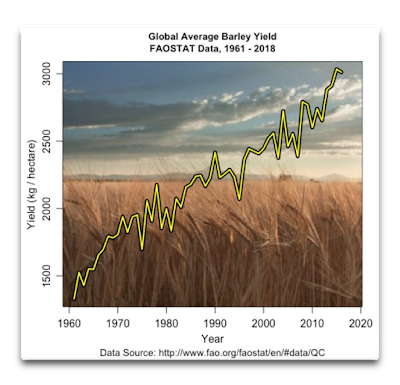 If warming is having any effect on barley yield, it's being overwhelmed by better farming, and maybe, CO2 fertilization.


In other words … the great beer panic of 2018 is just another in the long line of the alarmist “sky is falling” scare stories about the eeevil effects of “climate change”. So if you are of a mind, you are welcome to drink some beer to celebrate the good news … we’re not gonna run out of barley.

Wombat-socho has Early Morning With Rule 5 Monday: Coffee FFS ready for your digital pleasure at The Other McCain.