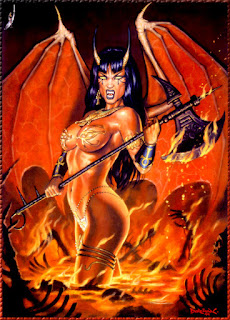 
Friday at midnight, a group of witches will cast a “binding spell” against Supreme Court nominee Brett Kavanaugh, following a ritual devised for this occasion by a Baltimore-based wizard. Michael M. Hughes is author of Magic for the Resistance: Rituals and Spells for Change, and leads a Facebook group for “resistance witches and magicians.”

Wednesday, Hughes published instructions for an “Emergency Ritual” intended to prevent the confirmation of Judge Kavanaugh, whom Hughes calls a “lying, entitled, arrogant, rapey piece of garbage.” Those participating in the ritual are directed to use two candles, a tarot card and other implements, while reciting various magical incantations, e.g.:


I light this candle to honor Christine Blasey Ford, Deborah Ramirez, Julie Swetnick, and all women who have been harmed by Brett Michael Kavanaugh 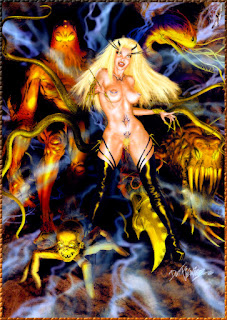 
I bind you, Brett Michael Kavanaugh
I bind your groping, grasping hands
I bind your leering eyes
I bind your lying mouth . . .
I bind your genitals, that they may fail to bring you pleasure at another’s expense . . .
You are powerless over any woman you have abused
Your foul deeds have bound you
To their consequences
And as the elements expose
What lies hidden beneath the soil
So you wicked behavior
Shall be exposed to all

In terms of preventing Judge Kavanaugh’s confirmation, we can expect this spell to be at least as effective as Michael Avenatti’s client.

So, if, as we all strongly suspect (even Democrats. deep in their cramped little hippocampuses), Brett Kavanaugh did none of the things he's accused of, does this spell rebound on it's casters? It seems only fair.

Wombat-socho has Rule 5 Sunday: Brennschluss and FMJRA 2.0: Away From Home ready and waiting.
Posted by Fritz at 4:37 PM