Since my first post on the subject (“Democrats Pull the Sleaziest Smear in Their Long History of Sleazy Smears,” Sept. 15), I’ve written dozens of posts about the Kavanaugh confirmation circus, and I’m sure you’re as weary of the subject as I am. Neverthless, once the confirmation went through, I felt a need to eulogize this fit of political insanity:


Deranged and desperate, driven mad by President Trump’s successes, Democrats disgraced themselves in defeat as their dishonest smears failed to stop Brett Kavanaugh’s confirmation as the 114th justice of the Supreme Court. As the nomination process culminated in a 50-48 Senate vote, Americans witnessed the stark insanity of howling mobs the Democrats unleashed on Capitol Hill.
The Senate vote was repeatedly interrupted by outbursts of screeching from protesters. J. Christian Adams, a former Justice Department official, was in the gallery and was disturbed by one female protester’s insane screams: “She was like a feminist automaton: ‘I will not consent, I will not consent.’ Capitol Police… dragged her out the doors and down the hallway. I have visited hospitals for the seriously mentally ill, and the shrieks from this woman were as odd and unearthly as anything I ever heard inside a mental hospital.”
Democrats own this insanity. They are responsible for the madness unleashed by the tactics with which they sought to derail the Kavanaugh nomination. It is difficult to imagine that voters in next month’s midterm elections will reward Democrats for such embarrassing behavior. . . .

Read the rest of my latest American Spectator column.

I mostly stayed out of the Kavanaugh mess. All the big stories started while I was out in California, trying to blog by iPad, and I simply couldn't handle it.

I was appalled by the Democratic smear campaign and I don't think it shows the Democrats in a good light. And the persuadable part of the electorate seems to agree. Independents disapprove of Democrats' handling of the Brett Kavanaugh nomination by a 28-point margin

I'm ever so grateful that Kavanaugh, Trump, and McConnell  persisted to make it happen. 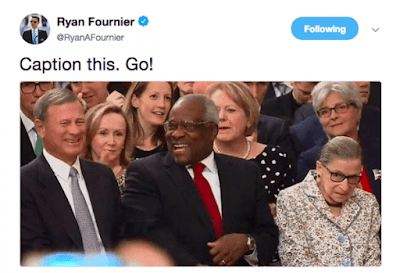