Someone seems to running a #MeToo trick against Robert Mueller. Twitchy: Is this scoop on Robert Mueller the ‘scandalous story’ we were promised?

Earlier today, reports that a big scoop on Robert Mueller would be dropping today had tongues wagging and eyebrows raised.

Several media sources tell me that a scandalous story about Mueller is breaking tomorrow. Should be interesting. Stay tuned!
— Jacob Wohl (@JacobAWohl) October 30, 2018


Da Atlantic: Mueller Wants the FBI to Look at a Scheme to Discredit Him , The special counsel says a woman was offered money to fabricate sexual-harassment claims.


A company that appears to be run by a pro-Trump conspiracy theorist offered to pay women to make false claims against Special Counsel Robert Mueller in the days leading up to the midterm elections—and the special counsel’s office has asked the FBI to weigh in. “When we learned last week of allegations that women were offered money to make false claims about the Special Counsel, we immediately referred the matter to the FBI for investigation,” the Mueller spokesman Peter Carr told me in an email on Tuesday. 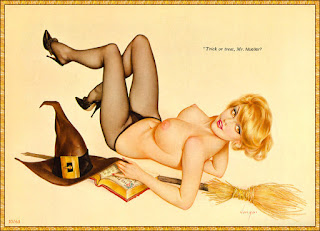 You mean like anti-Kavannagh forces paying women to testify against him? Althouse:  "A company that appears to be run by a pro-Trump conspiracy theorist offered to pay women to make false claims against Special Counsel Robert Mueller..."


"... in the days leading up to the midterm elections—and the special counsel's office has asked the FBI to weigh in.... Mueller spokesman Peter Carr... confirmed that the allegations were brought to the office’s attention by several journalists, who were contacted by a woman who identified herself as Lorraine Parsons.... The woman identifying herself as Parsons told journalists in an email... that she had been offered roughly $20,000 by a man claiming to work for a firm called Surefire Intelligence—which had been hired by a GOP activist named Jack Burkman—'to make accusations of sexual misconduct and workplace harassment against Robert Mueller.'"

Dirty pool, but is paying someone to lie to a paper a crime? It ain't under oath. Instapundit: I PREDICT THERE WILL BE NO #BELIEVEALLWOMEN SPIN ON THIS ONE: Is this scoop on Robert Mueller the ‘scandalous story’ we were promised? HuffPo: The Bizarre And Failed Attempt To Smear Robert Mueller


It’s hoaxes all the way down in what appears to be an effort to discredit special counsel Robert Mueller with fabricated claims of sexual misconduct.

Several media outlets, including HuffPost, received emails earlier this month from a woman claiming she was offered money to spread fake accusations about Mueller. In her email, the woman said she worked as a paralegal at a law firm called Pillsbury, Madison & Sutro in the early 1970s. Mueller worked at the firm after he finished law school.

The Atlantic was the first outlet to write about the email on Tuesday afternoon, reporting that the special counsel’s office had referred the allegations to the FBI.

“When we learned last week of allegations that women were offered money to make false claims about the Special Counsel, we immediately referred the matter to the FBI for investigation,” said Peter Carr, a Justice Department spokesman who has been detailed to the special counsel team since its inception last year.

But the problem is, there’s no evidence the woman worked at the law firm with Mueller, or that she even exists. A spokesman for the law firm, which now goes by Pillsbury, told HuffPost that there was “no record of this individual working at our firm at any time.”
HuffPost conducted a public records search to locate the woman, but could not definitively tie her to a known person. The New York Times and other outlets were also unable to confirm the woman’s identity or her story.

But another woman, Vermont Law School professor Jennifer Taub, said that she also received an offer to be paid to tell stories about Mueller. Taub, who has previously commentated on the Mueller probe, told The Atlantic and MSNBC that she was also contacted by someone interested in stories about her “encounters” with Mueller, whom she has never met.

They only have to find one that's telling the truth, right. Or only one whose story can't be disproved, if you use the Democrat's standard. Christina Blasey Ford is well on the way to million dollars in her GoFundMe campaign.


HMM: Woman telling journalists she was paid to smear Robert Mueller may not exist. So that suggests she’s not part of a scheme to smear Mueller, but what’s going on then?

Plus: “Even in the MeToo era, when sexual misconduct allegations come down seemingly daily against powerful men, those accusations typically involve a real, verifiable woman and some kind of corroborating evidence. In this case, there’s neither.”

Mueller seems to have settled on bagging Roger Stone as his last best hope to find something like collusion between the Trump campaign and Russia, and is even re-interviewing Steve Bannon to try to squeeze out something that can be construed as incriminating. WaPo: Mueller probes Roger Stone’s interactions with Trump campaign and timing of WikiLeaks release of Podesta emails


The special counsel investigation is pressing witnesses about longtime Trump ally Roger Stone’s private interactions with senior campaign officials and whether he had knowledge of politically explosive Democratic emails that were released in October 2016, according to people familiar with the probe.

As part of his investigation into Russia’s interference in the 2016 campaign, special counsel Robert S. Mueller III appears to be focused on the question of whether WikiLeaks coordinated its activities with Stone and the campaign, including the group’s timing, the people said. Stone and WikiLeaks have adamantly denied being in contact.
On Friday, Mueller’s team questioned Stephen K. Bannon, President Trump’s former chief strategist, about claims Stone is said to have made privately about WikiLeaks before the group released emails that prosecutors say were hacked by Russian operatives, according to people familiar with the session.

Investigators have questioned witnesses about events surrounding Oct. 7, 2016, the day The Washington Post published a recording of Trump bragging about his ability to grab women by their genitals, the people said.

Less than an hour after The Post published its story about Trump’s crude comments during a taping of “Access Hollywood,” WikiLeaks delivered a competing blow to Democratic nominee Hillary Clinton by releasing a trove of emails hacked from the account of her campaign chairman John Podesta.

Investigators have been scrutinizing phone and email records from the fall of 2016, looking for evidence of what triggered WikiLeaks to drop the Podesta emails right after the “Access Hollywood” tape story broke, according to people with knowledge of the probe.

In an interview this week, Stone vehemently denied any prior knowledge of the Podesta emails. He said he did not play any role in determining the timing of their release by WikiLeaks or suggest they be used to blunt the impact of the “Access Hollywood” tape.

It is unclear whether the special prosecutor has evidence connecting Stone to WikiLeaks’s activities. Julian Assange, founder of WikiLeaks, could have concluded on his own that releasing the emails on that day would benefit Trump.

Even if true, is it a crime? Hillary clearly colluded with Russians via the Perkins Coie, FusionGPS link, and there's no one accusing her of a crime. ABC: As special counsel closes in, Roger Stone suits up for legal battle


Sources tell ABC News that Stone, a longtime friend of President Donald Trump, quietly expanded his legal team in recent months, hiring prestigious Florida attorney Bruce Rogow, who will be Stone’s lead attorney on all matters related to the office of the special counsel and all constitutional matters, such as first amendment issues that may arise.

In the past, Rogow has represented President Donald Trump's golf club interests in a handful of civil matters out of Florida over the past 20 years. His over 50-year career in litigation includes eleven cases in the U.S. Supreme Court.

“Mr. Robert Buschel and I welcome the presence of someone with Mr. Rogow’s stature and gravitas," another Stone lawyer, Grant Smith, told ABC News of Rogow joining he and Buschel on the Stone legal team.

Rogow told ABC News on Tuesday that the veteran GOP political operative has still not been contacted by the Office of Special Counsel.

Stone’s legal team tells ABC News that last month their client voluntarily took two polygraph tests, which they claim will show Stone passing with flying colors on a spectrum of key issues covering areas of interest in the Mueller probe related o Stone.
The two polygraph tests, paid for by Stone's legal team, were administered by Slattery Associates Inc. in Florida. Stone's legal team shared the results from the tests exclusively with ABC News for review.
. . .
The questions included whether Stone communicated with Julian Assange during the 2016 presidential election and whether he ever discussed at any time the stolen information from Wikileaks and with Donald Trump during that time, all to which Stone replied, “no.”

"I suggested a polygraph in order to pin down the veracity of Roger's positions on the investigation by the special counsel with regard to Julian Assange and Wikileaks," Rogow told ABC News on Tuesday. "I have great confidence in the polygraph examiner, to whom I sent Mr. Stone."

If the intent of his probe has been to harass and cost friends of Trump lots of money, Mueller has been wildly successful.
Posted by Fritz at 9:35 AM