How About We Divest From the University of California? 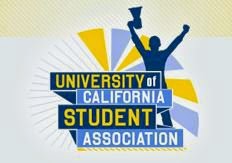 The University of California Student Association board – which represents all 233,000 students enrolled in the UC system’s 10 campuses – approved a resolution on Sunday that calls on the system’s leaders to financially divest from the United States.

The measure cited alleged human rights violations by America such as drone strikes that have killed civilians, and claimed the country’s criminal justice system is racist, among other accusations.
The “Resolution Toward Socially Responsible Investment at the University of California” passed with an overwhelming majority vote of 11-1-3.
. . .
The resolution also called on UC system leaders “to withdraw investments in securities, endowments, mutual funds, and other monetary instruments with holdings” from the governments of Brazil, Egypt, Indonesia, Russia, Turkey, Israel, Sri Lanka and Mexico, as well as the U.S.

The US Congress should immediately follow up with legislation to stop all federal funding to the UC system until the students reverse their stand. Grants, building, student loans, every federal dollar that feeds into the UC system.
Posted by Fritz at 11:05 AM