Researchers at Yale are using cognitive interactive studies to learn more about how dogs’ minds work. Laurie Santos, director of the Yale Canine Cognition Center, explains that hundreds of volunteer dogs are used as subjects of puppet shows and a series of other cognitive tests.

“Dogs are just fascinating,” Santos said. “We love them, they live in our homes. Anyone who hangs out with a dog is kind of wondering, ‘what are they thinking, do they love me’.”

“Similar studies have been done with human infants, and what we find is that infants don’t like the guy who was mean,” Santos said. “So, we’re doing the same thing with dogs to try and see if dogs morally evaluate, the way humans do.”

By the end of the puppet show test, the dogs did indeed appear to be weary of the rat puppet.

The interesting thing is that dogs make any sense out of the puppet show at all. However, once they make that bridge, the idea that they would prefer the "friendly" rat only makes sense, As a pack animal, they are sensitive to relations between pack members. 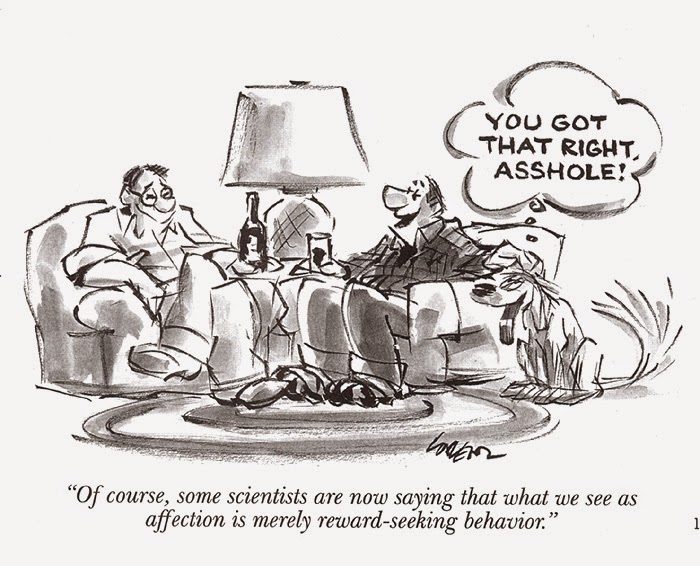