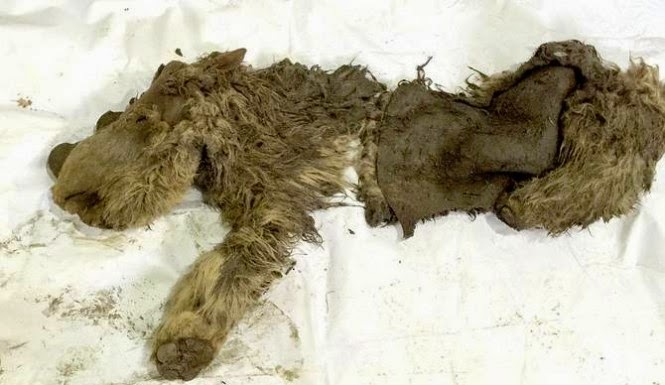 The remains of a baby woolly rhino have been discovered by a hunter in the Siberian permafrost, marking the first time a juvenile of the species has been found. The extinct creature is so well preserved that it even retains its fleece.

The rhino was discovered in one of the largest and coldest regions of Russia, the Sakha Republic, which is also known as Yakutia, according to the Daily Mail. A local hunter, Alexander Banderov, stumbled upon the remains in a ravine last September, originally believing he had found a reindeer. It was only the woolly rhino’s horns that made Banderov realize he had uncovered something quite different.

Email ThisBlogThis!Share to TwitterShare to FacebookShare to Pinterest
Labels: fossils