Top advisers to the billionaire environmentalist Tom Steyer helped run a green group, financed in part by Steyer himself, that is at the center of a corruption scandal that could force the Democratic governor of Oregon to resign.

An executive at one of Steyer’s nonprofit groups and a political vendor who has received hundreds of thousands of dollars from the hedge fund manager’s political operations helped run the group, which is accused of influencing state energy policy through undisclosed payments to Oregon’s first lady.

Money, as the plumber said about shit, don't flow up hill.


The controversy centers on Gov. John Kitzhaber’s fiancée, Cylvia Hayes. She was paid $118,000 by the Clean Economy Development Center (CEDC) to advocate for environmentalist policies in Oregon. Hayes never disclosed those payments, despite acting as an informal adviser to the governor as he pushed a low-carbon fuel standard for the state.

Pretty sweet gig; get a hundred and twenty grand grand in addition to sleeping in the Governor's mansion, and whisper your benefactor's energy policy into the Governor's ears at night. Although I doubt he really needed the persuasion.


Dan Carol, then a strategic adviser to CEDC, helped Hayes land the position. He was given a $165,000-per-year job in the Kitzhaber administration. 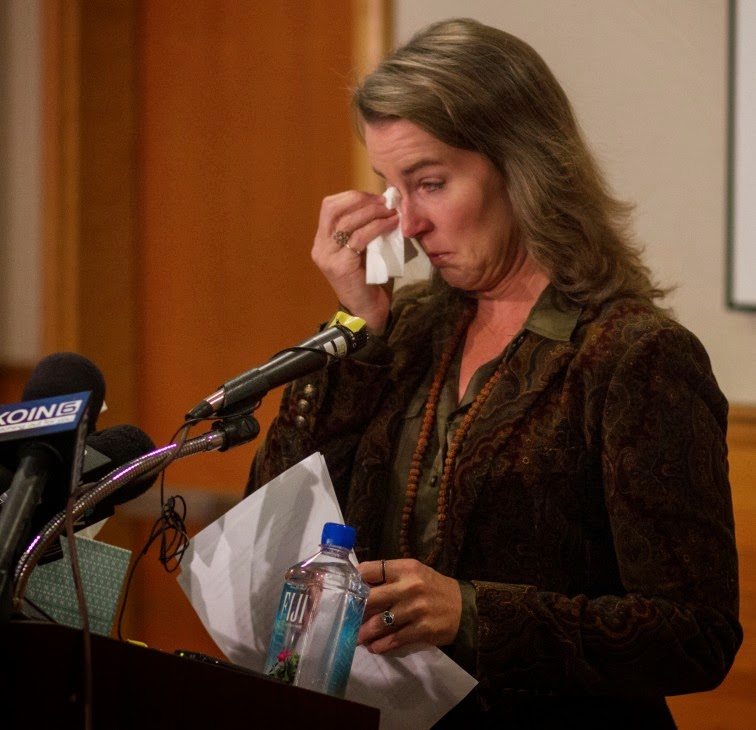 As we saw back on Friday, Kitzhaber announced his resignation, effective Feb. 18, still denying any wrong doing.


Hayes was reportedly a fellow at the CEDC in 2011 and 2012, but as of late as August of last year, she was still listed on a since-deleted page of its website.

It's just so hard to eliminate all the digital footprints.


Also listed on that page was Kate Gordon, a member of the CEDC’s board. Gordon leads the energy and climate division of Next Generation, an environmental nonprofit group founded by Steyer.

Can you imagine the kind of coverage a story involving the Koch brothers sub rosa funding a Republican first lady to approve a pipeline would get?

One of the common complaints you hear from green weenies and climate activists is that their opposition is bought and paid for by energy interests. As is so often the case, their complaints are pure projection.
Wombat-Sochi has the main Rule 5 post "Rule 5 Monday: Winter Pinups" up at The Other McCain.
Posted by Fritz at 10:37 AM