Even though John Kitzhaber has resigned as Governor of Oregon, we were assured that when all the investigating came to a close he and his fiance (and former First Lady) Cylvia Hayes would be vindicated. A good first step in clearing the air regarding all of these distasteful allegations would obviously be to get all the records out in public so we can sort things out. So, how about it, Cylvia? Let’s see all of your emails related to your various business dealings. 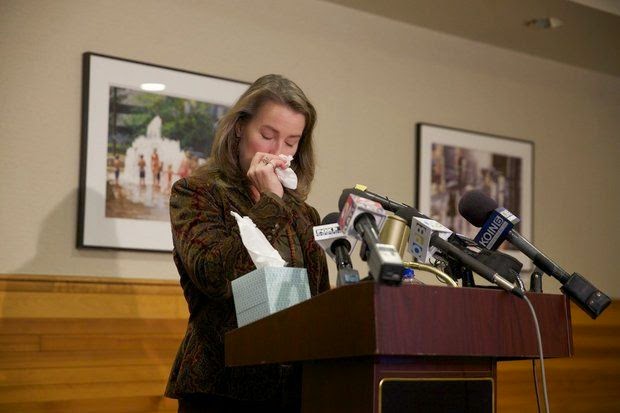 What’s that? You want us to take a flying leap off a cliff?


Former Oregon first lady Cylvia Hayes declared Wednesday that she will go to court to block a state order requiring her to turn over emails related to her public service.
Portland attorney Whitney Boise, representing Hayes, notified The Oregonian/OregonLive and the state Justice Department of her intent to sue in Marion County Circuit Court.
Hayes is under an order issued last week by Attorney General Ellen Rosenblum to turn over to The Oregonian/OregonLive emails dating back three years pertaining to state business. Rosenblum concluded that Hayes was subject to the state public records law.
The records could shed light on allegations she used her position as an unpaid adviser to then-Gov. John Kitzhaber for personal benefit. Hayes doesn’t have a state email account.

I’m not sure who is advising the former Governor and his girlfriend, assuming they are getting any professional advice at all. If you’re facing serious charges which could wind up seeing Ms. Hayes in the slammer, but you honestly feel that nothing inappropriate took place, the first thing you do is show how open and transparent you plan to be. Suing to prevent anyone from reading your official correspondence is sort of the opposite of that, madam. 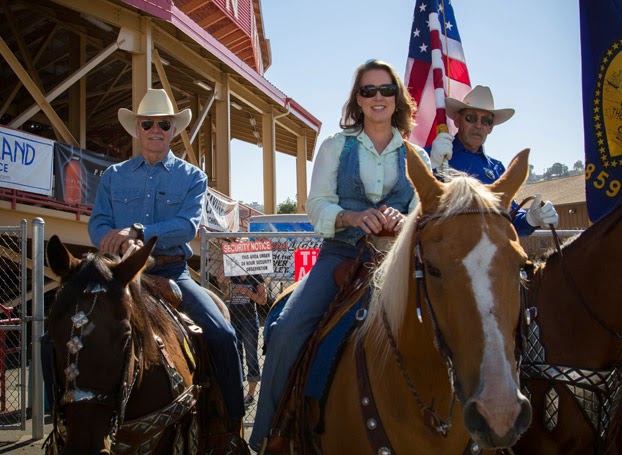 Go away, nothing to see here, nothing to hide in this scandal linking the Governor of Oregon to the great green donor, Tom Steyer.

A little refresher on this scandal, courtesy of Willamette Week:


From 2011 to 2013, Hayes collected more than $220,000 from private consulting contracts she landed while working as an adviser to Kitzhaber. Her dealings have sparked state and federal criminal investigations (“First Lady Inc.”, WW, Oct. 8, 2014).

But before Kitzhaber’s resignation and the investigations, Hayes had even grander plans for herself—in terms of influence and money—for the governor’s final term in office.
Newly obtained emails reveal Hayes told Kitzhaber in late 2013 that she wanted to further leverage her access to his office into “lucrative work,” including an official state position, paid speaking appearances and book contracts.

The first lady proposed her expansive plans to Kitzhaber, even as the governor’s staff searched for ways to narrow Hayes’ official role and make sure she wasn’t violating state ethics laws.

Hayes’ big plans and the staff’s concerns are contained in emails that are among thousands of communications Kitzhaber’s office sought on Feb. 5 to have destroyed. (See here for an analysis of this action.) Neither Kitzhaber nor Hayes agreed to be interviewed for this story.

The emails obtained by WW provide an extraordinary window into Kitzhaber’s administration and the complexities Hayes’ ambitions presented.

The emails show that Kitzhaber’s staff was especially alarmed by Hayes’ role in the governor’s office after she signed at least $85,000 worth of private consulting contracts with three nonprofit advocacy groups in 2013.

The contracts prompted Kitzhaber’s then-chief of staff Curtis Robinhold in July and August of that year to get Hayes to sign conflict-of-interest forms that required her to abide by state ethics laws.

Those guidelines would have forced Hayes to change some of the ways she conducted her private business, including prohibiting her from using the title “first lady” when doing private work, and from holding client meetings at Mahonia Hall, the governor’s mansion.

Wombat-Sochi has the main Rule 5 post "Rule 5 Monday: Winter Pinups" up at The Other McCain.