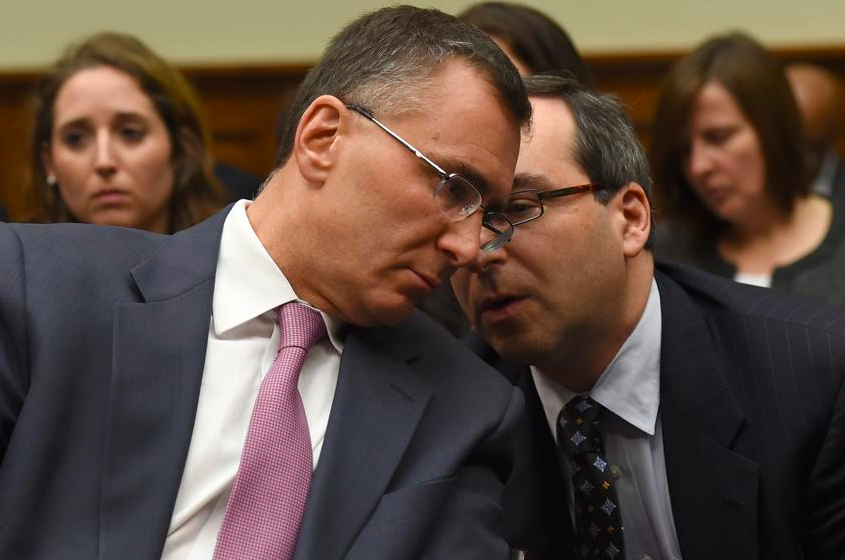 Jonathan Gruber in Trouble Again for Alleged Dishonesty, and This Time It Could be More Serious


A Vermont state audit alleges problems in how Jonathan Gruber – who gained notoriety for his remark about the “stupidity of the American voter” in selling the public on Obamacare — billed the state for consulting work, and now the matter is before the state’s attorney general.
. . .
Vermont state auditor Doug Hoffer’s report released Monday said Vermont health officials missed “obvious signs” of problems in the billing invoices. The audit said state officials “failed to exercise due diligence,” the Burlington Free Press reported.

Gruber’s contract with the state was for $400,000. Gruber declined to comment to the Burlington Free Press.

The audit said Gruber submitted two consecutive invoices to the state of Vermont, one in September and another in October, with the exact figures each month – 100 hours for Gruber at $500 per hour, and 500 hours for his research assistants at $100 per hour. But only one research assistant worked on the project, according to the audit. It specifically singles out Robin Lunge, director of Vermont’s health care reform, and Michael Costa, deputy director of state’s health care reform.

Does anyone seriously think Gruber spent 100 hours on Vermont's Obamacare in one month, let alone two? Not I, unless going around and drinking coffee with important people counts.  Which it probably does. Now a single research assistant doing 500 hours a month for two consecutive months? That I believe. Someone has to do the paperwork. . .

Jonathan Gruber, 3 others removed from Connector Board


Governor Charlie Baker has removed the four members of the Massachusetts Health Connector Board appointed by his predecessor, including controversial MIT economist Jonathan Gruber.

Gruber said the decision was unrelated to the controversy that erupted last year on his comments about “the stupidity of the American voter.”

“All that was communicated to me is that the governor would like to have his own set of people on the Connector,” Gruber said. “It’s not about me or any of the individuals.”

See what happens when you tell the truth?

I'm sure Dr. Gruber will be happy to have more time to be with his family.

And a couple via Instapundit:


Republicans suspect the White House is hiding ObamaCare fallback plan. “Some Republicans say they simply do not believe that the Obama administration isn’t developing a fallback plan in case the Supreme Court dismantles a piece of the healthcare law this summer. Sylvia Burwell, the secretary of Health and Human Services (HHS), has repeatedly said there is no plan B if the high court rules that subsidies for insurance cannot be distributed through the federal exchange HealthCare.gov.”

Well, everything else they’ve said about ObamaCare has been a lie, so it’s a safe bet.


MEH. I SAY BURN IT TO THE GROUND. Fears of Chaos Mount Over Obamacare Case. But all this “chaos” talk is just an attempt to frighten the Court into not doing anything. And hey, why not? They successfully bullied Chief Justice Roberts on ObamaCare last time.