In Which Stacy Applauds a Feminist

Stacy McCain, who has been on a tear about feminists attacking "the patriarchy", has found a "feminist" worthy of praise for her stand against sexual assault: A Woman’s Most Important Right


Is her right to defend her own life and property:


A Van Zandt County, Texas woman fatally shot a convicted sex offender as he was trying to break into a side door of her rural home Tuesday morning, an act of self-defense the local sheriff praised in light of an understaffed police force.
Christopher Ray Foster, 37, died at the scene after the unidentified woman shot him at her home near Canton, Texas. She called 911 at around 4:30 a.m.
Foster, who had an extensive criminal history, was recently released on a personal recognizance bond from Van Zandt County jail for failure to register as a sex offender, KLTV reported. Police also believed Foster was the prime suspect in an arson which occurred on Monday.

Scratch one name from the sex offender registry.

Don’t expect feminists to notice this success story for women’s rights. Feminists only care about “rape culture” when they’re persecuting a college boy because a girl he hooked up with got mad.

I suspect most feminists will not find her a sympathetic character. 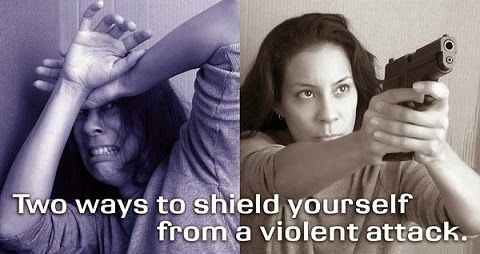