19 die as plane is downed... by an escaped CROCODILE 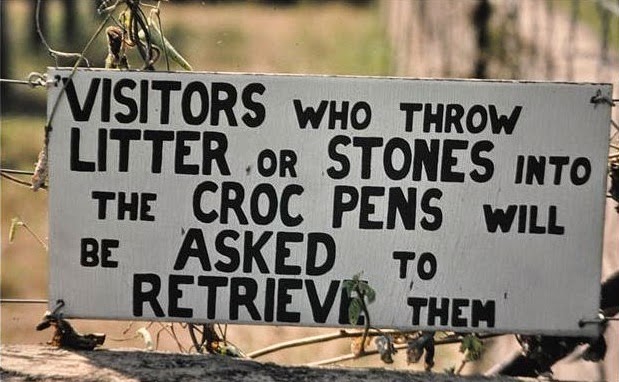 A plane crash which killed a British pilot in Africa may have been caused by passengers panicking over an escaped crocodile, an inquest heard yesterday.

Chris Wilson, 39, died alongside 18 others when the jet he was co-piloting plunged to the ground during a routine flight across the Congo.

First Officer Wilson died instantly, alongside fellow pilot Danny Philemotte, and no cause for the crash has ever been established.

But today an inquest into his death heard a stampede may have broken out over an escaped crocodile in the cabin, which saw passengers surge forward, causing the plane to nose-dive.

The only surviving passenger claimed the reptile spooked a cabin crew member, who ran towards the cockpit causing the passengers to follow.

I love how the British paper is all like "A British pilot in Africa died in a plane crash, and, oh by the way, so did 18 Africans."

A 2-3 ft crocodile should have been no threat to the aircraft. While capable of delivering an annoying bite, it could hardly harm an adult.  Human stupidity downed the airplane. The Crocodile was only a contributing factor.
Posted by Fritz at 11:54 PM