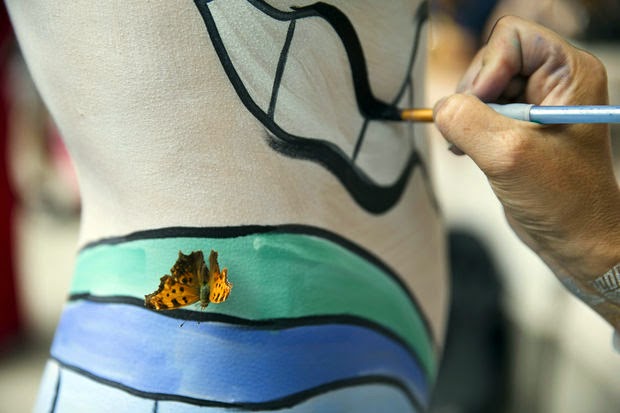 where it is misidentified as a moth:


A moth lands on a model as she is painted at Columbus Circle as part of an event featuring artist Andy Golub, Saturday, July 26, 2014, in New York. Golub says New York was the only city in the country that would allow his inaugural Bodypainting Day. (AP Photo/John Minchillo)

It is clearly an Eastern Comma (or one of it close relatives). Layers of fact checkers.


Artists in Manhattan painted the bodies of 40 nude models on Saturday, turning the Columbus Circle entrance to Central Park into an outdoor celebration of the human form.
Artist Andy Golub says New York was the only city in the country that would allow his inaugural Bodypainting Day. And he says that only happened after a legal battle.

Golub and a model were arrested in 2011 during a body-painting project in Times Square.
The city paid model Zoe West a $15,000 settlement after she sued over the arrest. Public nudity is legal in the city if it's part of a performance, exhibition or show.

Thanks to the Brits, we can actually see some of the art: 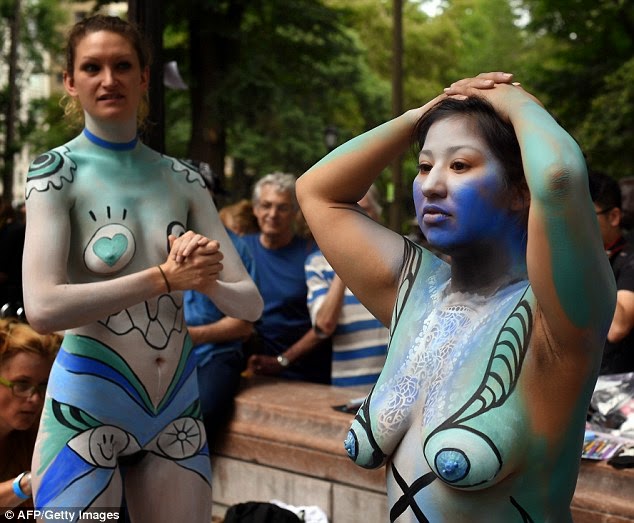 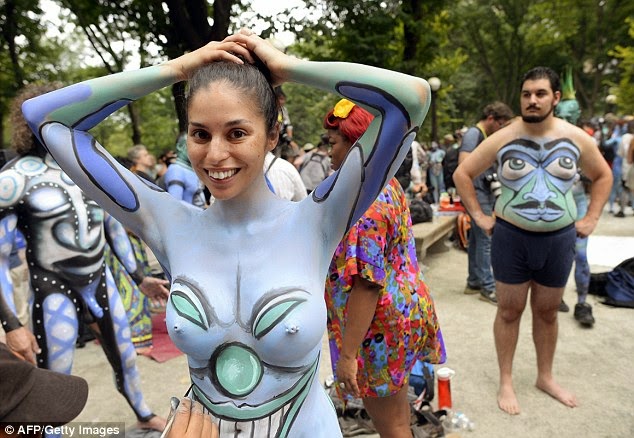 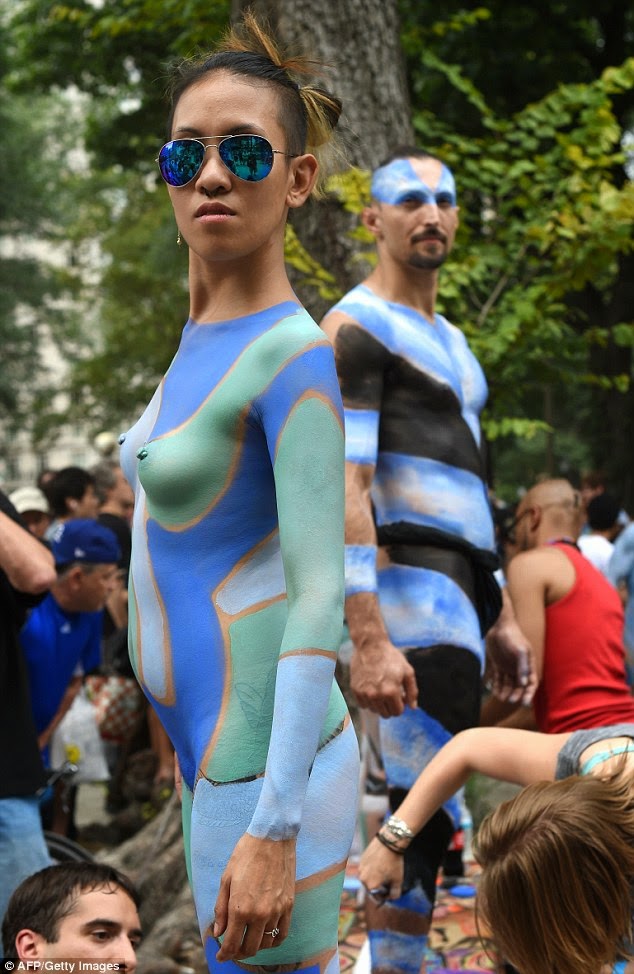 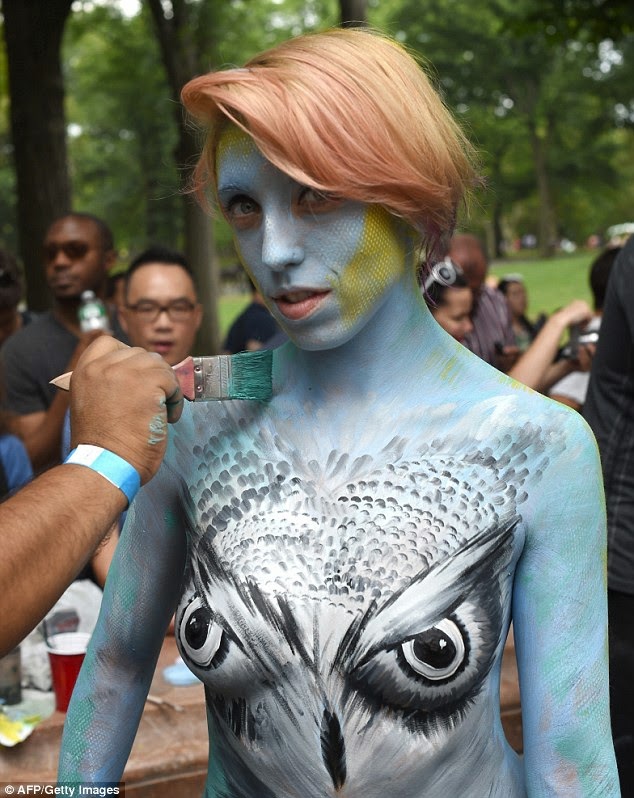 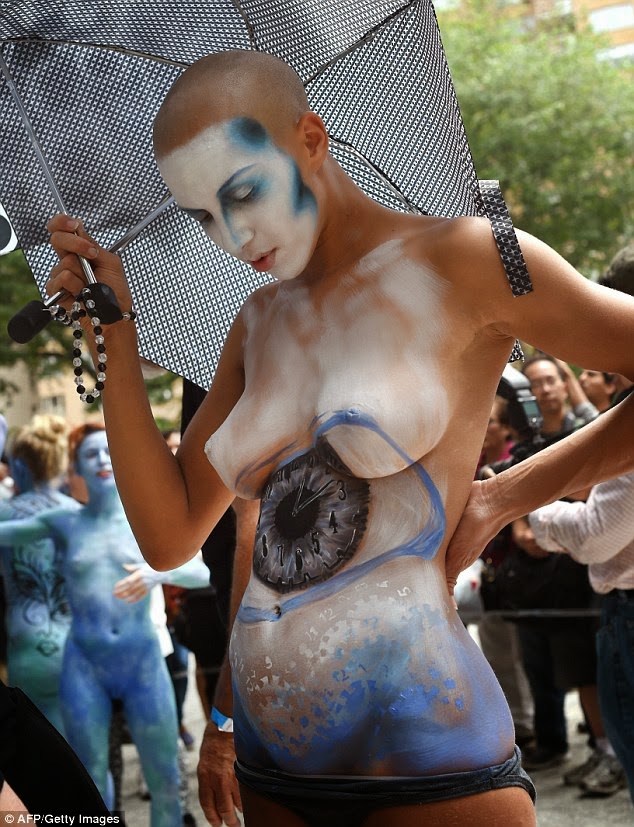