From today's "Live at 5: 07.18.14" at the The Other McCain: California's foie gras ban waddles to the Supreme Court 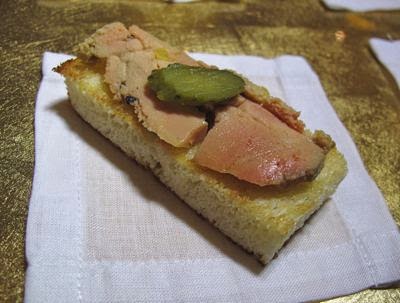 California’s ban on force-feeding ducks and geese to produce foie gras could become an entrée on the U.S. Supreme Court’s summer menu.

According to a state law that was adopted in 2004 but didn’t take effect until two years ago, “a product may not be sold in California if it is the result of force-feeding a bird for the purpose of enlarging the bird’s liver beyond normal size,” the typical method of producing the rich and buttery delicacy.

But 13 states – including South Carolina, Missouri, Kansas and Georgia - say the ban unconstitutionally interferes with interstate commerce. They say California’s ban on the sale and production of foie gras restricts the delicacy’s legal production in states that never agreed to the ban and is hurting the businesses of out-of-state farmers.

The issue, attorneys for the 13 states agreed in a brief supporting the case, which was brought by Santa Monica, Calif.-based attorney Michael Tenenbaum, “is of exceptional importance to the preservation of state sovereignty.”

As I may have mentioned before, growing up, whenever we would ask "what's for dinner?" Dad would reply "pate de foie gras".  It was also an something he might say when asked what he wanted for dinner. Needless to say, we never actually saw any.  I think I had it once at a rich lawyers house.  A lot like braunschweiger or liverwurst, but a bit slimier.  Good, but not worth the premium. Is force feeding a duck or goose so much worse than normal factory farming that it needs to be banned, and imports forbidden?  I think not.

However, the issue being raised here is that forbidding it's importation from states that still produce it violates the Commerce Clause.

It's always good to see liberals get a constitutional comeuppance.