Buried for 100,000 years at Xujiayao in the Nihewan Basin of northern China, the recovered skull pieces of an early human exhibit a now-rare congenital deformation that indicates inbreeding might well have been common among our ancestors, new research from the Chinese Academy of Sciences and Washington University in St. Louis suggests.

The skull, known as Xujiayao 11, has an unusual perforation through the top of the brain case—an enlarged parietal foramen (EPF) or "hole in the skull"—that is consistent with modern humans diagnosed with a rare genetic mutation in the homeobox genes ALX4 on chromosome 11 and MSX2 on chromosome 5.
...
Although this genetic abnormality is sometimes associated with cognitive deficits, the older adult age of Xujiayao 11 suggests that any such deficits in this individual were minor. Traces of genetic abnormalities, such as EPF, are seen unusually often in the skulls of Pleistocene humans, from early Homo erectus to the end of the Paleolithic.

"The probability of finding one of these abnormalities in the small available sample of human fossils is very low, and the cumulative probability of finding so many is exceedingly small," suggests study co-author Erik Trinkaus, the Mary Tileston Hemenway Professor of Anthropology in Arts & Sciences at Washington University in St. Louis.

Early man was probably a relatively rare and spread out species, and the bands of hunter-gathers likely had not much choice but to choose mates from among closely related individuals, much like the fabled inhabitants of Dogpatch.

And anyway,  it seemed like such a good idea at the time. 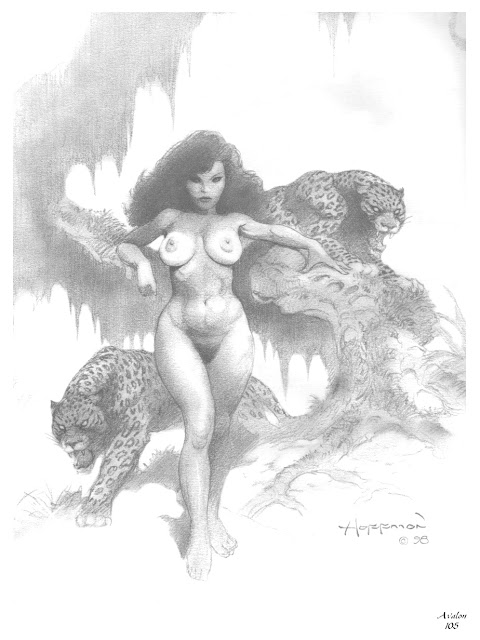 FDR married his first cousin. Besides, in 10 years it will be be legal in the United States. And criticism of incest will be considered hate speech.

Wombat-Socho has the original Rule 5 Sunday special "Time after Time" up on schedule at The Other McCain.  Even in tax season!
Posted by Fritz at 6:00 AM