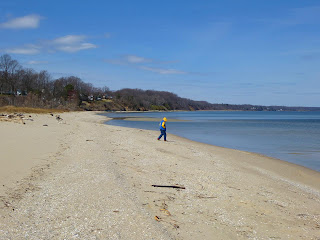 Yesterday was a fine day for the beach, temperatures approaching 50 F, so what little wind there was from West, so we got the benefit of the shelter of the cliffs, and an ultra-low tide generated by North winds from the day previous. 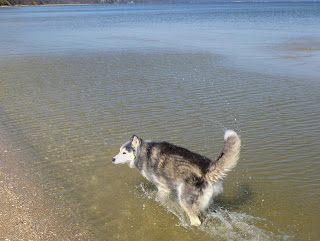 Skye even ventured into the water a bit.  Bird report: Buffies are still here, Ospreys have not yet put an appearance, although other places around the Bay report them back in their usual haunts.  Maybe they're slower to come back to our relatively unsheltered shore. 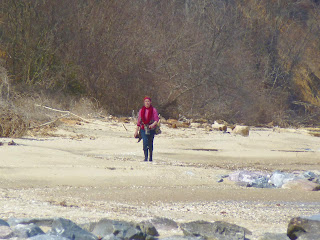 Other folk were out in pretty good numbers, hunting for fossils, or just walking. 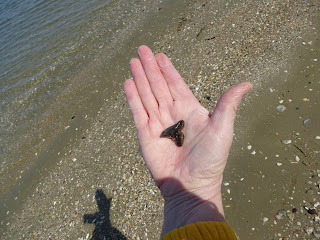 Speaking of fossils, we found a decent number, but Georgia found the best, this large, and well preserved Snaggletooth shark's tooth. 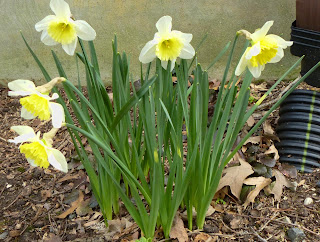 Today, it was cold and blustery, and nobody felt excited about going to the beach.  However, Georgia and I did move some plants around in the garden, and it is obvious that spring is coming.  The Daffodils are blooming... 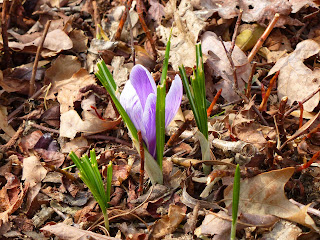 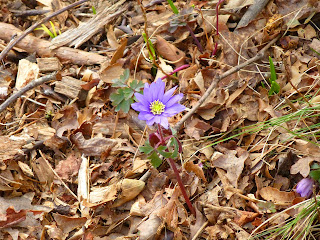 The Crocus are up and almost gone.  We have two varieties; a yellow one and a blue one.  The yellow ones are mostly spent now, and the blues are up. 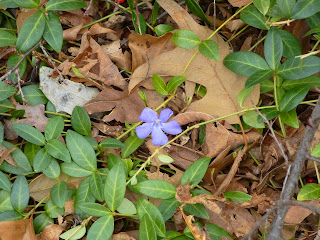 And finally Periwinkle (Vinca minor), which we have as a ground cover (a way to avoid mowing) in much of our "undisturbed" part of our yard.
Posted by Fritz at 5:24 PM