In the continuing campaign to convince the already convinced that the sequestration budget cuts are the worst thing since leprosy, the Washington Post had this article on how the cuts are forcing Yellowstone National Park to wait until the sun melts the road to open, rather than having the roads plow, effectively causing the the park to open about 3 weeks late:


The giant yellow snowplows that wake Yellowstone from its winter slumber every March are idled, waiting for the sun to make up for federal budget cuts that are forcing the park to open late for peak season. 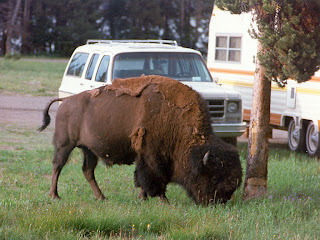 And it will largely affect private contractors who remove the snow, and some private guides who use the park, and not the permanent employees at the park.

Mandatory cuts kicked in three days before the plows were to start clearing snow and ice from 300 roads at altitudes that reach 11,000 feet. Faced with an order from Washington to slice $1.8 million from his budget, the park superintendent, Dan Wenk, had considered his options.

He could slash the ranks of the 430 seasonal rangers, guides and other employees who help keep Yellowstone running every summer. But it would mean fewer visitor centers open, fewer walking tours and a risk to public safety. 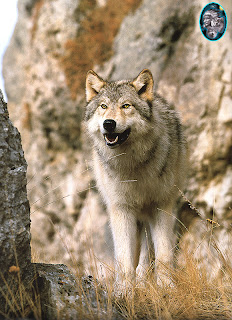 He could halt the bison-management program — but the program is required under a court settlement. He could close the park for two weeks before the fiscal year ends Sept. 30, but that would mean shutting out 267,000 visitors.

Cutting the "Bison Management Program" would be my personal favorite among the options, court order or not.  Bison did quite well in Yellowstone before it was ever a park, and were doing quite well when we visited a few years ago; you could hardly step off a path without bumping into one of the furry cows. And since the wolves have become better established there, I think the bison over abundance problems have moderated some.  Yeah, wolves!  Bison wandering off the park, and getting into the cattle?  Let the ranchers shoot a few (hundred). Problem solved!

Or he could keep the seasonals, just fewer of them, and bring them on two weeks later, saving $450,000. He could freeze all permanent hires ($1 million), delay the snowplows ($250,000) and open most entrances two weeks late. About 50,000 visitors would be lost, and hundreds of fishing and hiking guides, rangers, and concession workers would lose their livelihoods.

I would also freeze permanent hires.  If you're really facing a problem of declining funds, hiring new, permanent employees is just begging for problems in the near future.  But they are hoping that by cutting back as soon, and as hard a possible, they can generate enough public outcry to get the cuts rescinded ASAP.  A fine example of the "firemen first" principle.
Posted by Fritz at 11:13 PM