But what about us non-gentlemen?

Why being blonde might not be so fun after all

A study found that men see women with dark hair as "deeper" and "more sensible" than their blonde counterparts.

It also emerged that men think brunettes take better care of their apearance, make better cooks and are more proficient at keeping the house clean.

We clearly need affirmative action for blondes.  Clearly, the bad press they've been getting in the media is starting to ruin their reputations and self-esteem.

Other "wife-like" attributes men think brunettes are likely to possess include being more experimental in the bedroom and being better with money.

"Men obviously have their opinions about the colour of women's hair, said a spokesperson for Superdrug, who conducted the research.

"But our sales tell us that when it comes to hair dye women are more likely to change their shade when they see a celebrity switch shade than any other reason. 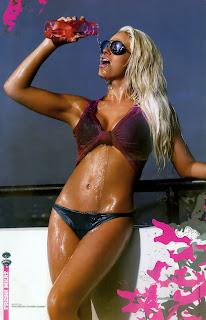 In the process of collecting material for Rule 5 posts, I've noticed that many celebrity women change their hair color with some frequency.  I do occasionally wonder what that's all about.  I would think hair color would be an important aspect of "branding" for celebrity women, but many of them seem to still be seeking the perfect look.

"This research turns our hair stereotypes on their heads.

The study of 1,000 men showed 54 per cent would choose a brunette to be their wife, 16 per cent would opt for a lady with fair hair, while 30 per cent don't have a preference. 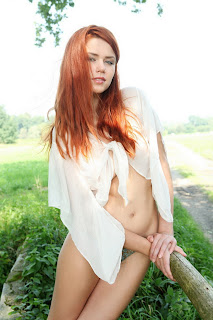 And when it comes to getting a girlfriend, 48 per cent chose girls with brown hair, one in four chose blonde and 27 per cent said neither.

Count me among the 27%, as I have a distinct preference for gingers, despite the soulless issue,  the bad temper, and the odd physiology.


Wombat-Socho at The Other McCain came through with 2 weeks worth of Rule 5 posts at "Rule 5 Sunday: Super Double Coverage Illness Makeup Edition."  Also linked at The Classic Liberal in "Take It Off!"
Posted by Fritz at 6:00 AM