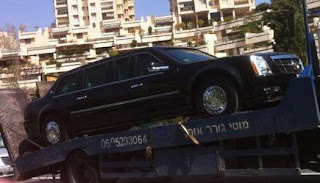 The Obama Limo shipped to Israel to "schlep" the president allegedly broke down when "somebody" put diesel fuel in it.

President Obama’s armored Cadillac limo, which was supposed to schlep him around the Holy Land, broke down.

According to Israeli’s Channel 2, the cause of the mishap was a simple error all motorists try to avoid.

“The Americans filled it up with diesel, rather than [gasoline],” the channe quoted a source, which recently scored an interview with Obama, reported – in case there was any doubt that the host government wasn’t to blame.

The Secret Service scrambled today to fly in a backup vehicle. The custom-made car — known as “the beast” — has thick armored plating and other security features. It’s likely there was another presidential limo in Jordan, where Obama is scheduled to visit Friday.

It's hard to blame Obama for this, but just maybe somebody, State Department say for example, should have made sure that whoever was responsible for fueling the car, could read Hebrew, or had a translator.  And why was it necessary to fuel "the beast" at all?  You can't convince me that had a problem carrying the extra weight, or that he drove far enough to drain it.  Wouldn't fueling the vehicle be a vulnerable point?  Why not bring your own? 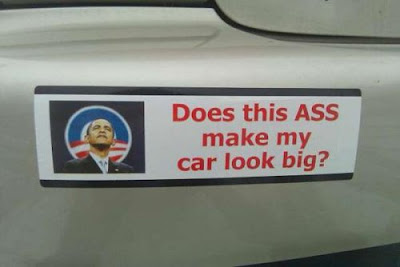