A nice long post on Polar Bears over at Watts Up With That, showing how, despite propaganda that they are decline due to global warming climate change, are doing just fine:

1) Polar bears are a conservation success story. Their numbers have rebounded remarkably since 1973 and we can say for sure that there are more polar bears now than there were 40 years ago... 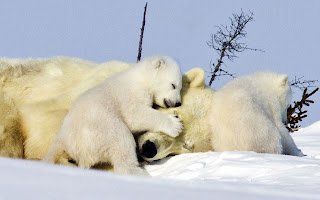 "Mom, wake up, it's that dude from the census again; can we eat him this time?"


2) The only polar bear subpopulation that has had a statistically significant decline in recent years is the one in Western Hudson Bay (WH)(Fig. 1). A few others have been presumed to be decreasing, based on suspicions of over-harvesting, assumed repercussions of reduced sea ice and/or statistically insignificant declines in body condition  – not actual population declines...

3) Polar bears in the US portion of the Chukchi Sea are in good condition and reproducing well, while sea ice in the Bering Sea has rebounded from record lows over the last ten years – good reasons not to be worried about polar bears in the Chukchi. 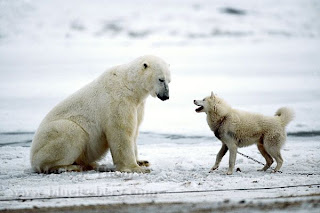 "If you'll open the door, I'll show where they hide the good stuff!"

4) A survey by the Nunavut government in 2011 showed that polar bear numbers in Western Hudson Bay have not declined since 2004 as predicted and all available evidence indicates that Hudson Bay sea ice is not on a steadily precipitous decline – good reasons not to be worried about Hudson Bay bears.

5) Population decreases in polar bear numbers attributed to earlier sea ice breakup in Western Hudson Bay (see 4, above) have not been anywhere near as severe as the catastrophic decline that took place in 1974 in the eastern Beaufort Sea, which was associated with exceptionally thick sea ice. 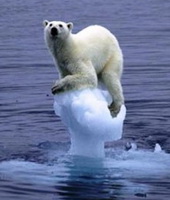 7) There is no plausible evidence that regulated subsistence hunting is causing polar bear numbers to decline, despite suspicions harbored by the Polar Bear Specialist Group. 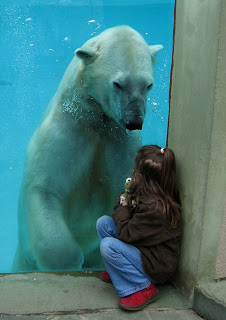 "Don't you want to go for a swim with a real furry animal?"

8) Global temperatures have not risen in a statistically-significant way in the last 16 years (see Fig. 2) – a standstill not predicted by climate models and a phenomenon even the chairman of the IPCC has acknowledged – which suggests that the record sea ice lows of the last few years are probably not primarily due to CO2-caused increases in global temperatures.

9) Survival of polar bears over a hundred thousand years (at least) of highly variable sea ice coverage indicates that those biologists who portend a doomed future for the polar bear have grossly underestimated its ability to survive vastly different conditions than those that existed in the late 1970s when Ian Stirling began his polar bear research.

10) Polar bears today are well distributed throughout their available territory, which is a recognized characteristic of a healthy species.