In the ongoing war to convince the nation that they made a horrible mistake by allowing the plan that the Obama administration wrote to cut back all federal spending to an annual growth rate of a mere 1% a year, akin to the introduction to of the Black Death to Europe from the rats off eastern traders ship, their efforts to inflict pain on those who would deny them the funds to which they feel entitled continues: 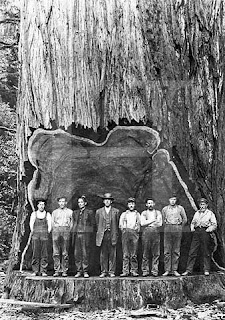 ...Thirty-one House members sent a letter to the Obama administration last week protesting demands for refunds of $17.9 million in revenue that pay for schools, roads, search and rescue operations in rural counties, as well as for conservation projects.

“For the administration to announce three months after the disbursement of these payments that they are subject to the sequester, and that states will receive a bill for repayment of funds already distributed to counties, appears to be an obvious attempt by President Obama’s Administration to make the sequester as painful as possible,” said the letter organized by Rep. Doc Hastings (R-Wash.), chairman of the House Natural Resources Committee, and signed by 30 others, including Democrats.
...
Tidwell (Forest Service Chief) said the money needed to be repaid because it was sent out in fiscal 2013 and is included under the 5.1 percent across-the-board federal budget cuts known as sequestration.

Let's see, the feds cut loose dangerous illegal aliens in anticipation of sequester cuts that had not happened yet, but the Interior Department sent out money they did not expect to have?  Somebody needs to make sure that the Federal government is paying attention to the money.  Who could that person be under our system of government?  Maybe the feds should just give the land in question to the states and forget the subsidies?  Naw, no opportunity for political favoritism there.

This is seen as a whip by the administration, punishment for it's enemies in rural areas, who almost without fail, even in solid Blue States like Oregon and Washington, vote red and send Republicans to the House.


As the third anniversary of the Upper Big Branch mining disaster approaches, legal teams assembled by the Labor Department to force mine operators to improve safety are beginning to be dismantled. The move is being heavily criticized by some members of Congress, the miners union and families of the 29 Upper Big Branch miners who were killed in the April 5, 2010, explosion.

“They should have made the cuts somewhere else. This was to make mines safer,” said Gary Quarles, whose son Gary “Spanky” Wayne died at Upper Big Branch in West Virginia. “Here we are, and it is about to be the third anniversary . . . . We thought something good might come out of it. This is wrong.”
...
Labor Department officials said the project was meant to be temporary and that sequestration cuts accelerated the timetable for “drawing down” the number of lawyers assigned to it. Department officials said the cuts will save $2.1 million.

Frankly, I'm torn; I have a hard time believing anything that causes federal lawyers to  become unemployed is a bad thing; but my guess is that they'll merely be shifted to somewhere else, and the cuts lack of growth will occur with less favored workers.

Meanwhile, the President and his family continue a pattern of celebrating, and spending money and inconveniencing the public with security costs, after the White House shut down the citizen tours of the White House to save security fund, somewhere between $17,000 and 74,000 a week, depending on who you believe. 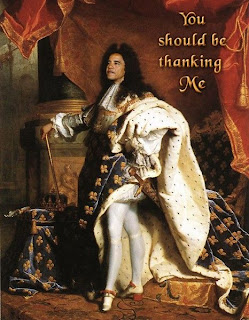 
President Barack Obama attended one of the weekend's big college basketball games after playing a round of golf Saturday.

Obama's motorcade took him directly from a golf course at Andrews Air Force Base in suburban Maryland to Washington's Verizon Center to watch Syracuse and Marquette play for a berth in the Final Four of the NCAA basketball tournament. He left shortly before the end of the game, which Syracuse won 55-39.

And where was the rest of the family?  You could save money on motorcades if you did things together as a family. Apparently, their spring vacation trip to the Bahamas having caused them to overheat, his daughters caught the next commercial flight, air force jet to Sun Valley, Idaho, for some skiing...


A local news affiliate in Idaho reports that the Obama daughters are spending Spring Break skiing at Sun Valley.

"Sun Valley is known to be a getaway for celebrities and the First Family is no different," reports KMVT.

"In an exclusive photo obtained by Idaho's First News, you can see the First Daughters, Malia and Sasha Obama skiing at River Run Thursday. The Sun Valley Ski Patrol confirms the girls were enjoying the wonders of the mountain. We also received unconfirmed reports the daughters were staying at Thunder Spring in Sun Valley."

Earlier, it was reported that the Obama daughters were at a resort in the Bahamas for Spring Break. 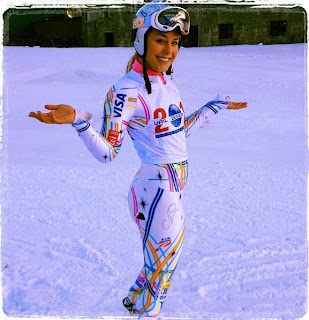 Both reports could be true: The Obama daughters could have spent the first half of the week in the Bahamas, before leaving the sun for the Idaho snow.

What with Tiger Wood giving the Pres golfing lessons; perhaps they arranged for his new main squeeze Lindsay Vonn to give the girls some skiing tips.  It's good to be the king!