Think it can’t happen here? It already has

Much was made of the tiny European Union member Cyprus last week as regulators attempt to get their pound of flesh from the savings accounts of its banks, with a 10 percent tax on larger accounts.

And yet, the European Central Bank taxing citizens to pay up front for a $7.4 billion bailout of the banks still pales in comparison with the fleecing of the US depositor.

The Fed has orchestrated a massive transfer of wealth in America from the middle class and the poor to the wealthy. You could call it “Operation Reverse Robin Hood.”

Naysavers will object, “That’s outrageous!” I say, “Do the math.”

If a US middle-class family put $1,000 in JPMorgan or Citibank four years ago, the balance today would be $1,010 — less bank fees, which means it’s probably closer to a $950 balance. That’s $9.3 trillion in US deposits getting nothing in return except the warm, fuzzy feeling of bolstering the banks’ balance sheets. 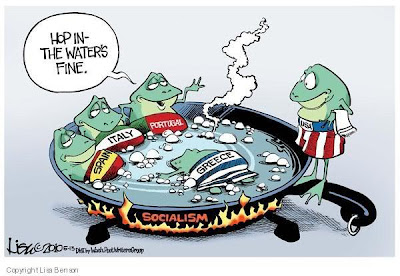