And what of the lasting threat from radiation? Remarkably, outside the immediate area of Fukushima, this is hardly a problem at all. Although the crippled nuclear reactors themselves still pose a danger, no one, including personnel who worked in the buildings, died from radiation exposure. Most experts agree that future health risks from the released radiation, notably radioactive iodine-131 and cesiums-134 and - 137, are extremely small and likely to be undetectable.

Even considering the upper boundary of estimated effects, there is unlikely to be any detectable increase in cancers in Japan, Asia or the world except close to the facility, according to a World Health Organization report. There will almost certainly be no increase in birth defects or genetic abnormalities from radiation.

Even in the most contaminated areas, any increase in cancer risk will be small. For example, a male exposed at age 1 has his lifetime cancer risk increase from 43 percent to 44 percent. Those exposed at 10 or 20 face even smaller increases in risk -- similar to what comes from having a whole-body computer tomography scan or living for 12 to 25 years in Denver amid background radiation in the Rocky Mountains. (There is no discernible difference in the cancer rates between people who live in Denver and those in Los Angeles or New York.)

Rather than stand as a warning of the radiation danger posed by nuclear power, in other words, Fukushima has become a reminder that uninformed fears aren’t the same as actual risks.

Why are the anticipated risks from Japan’s nuclear accident so small? Perhaps the most important reason is that about 80 percent of the radiation released was blown into the ocean. Radioactive contamination of the sea sounds dreadful, but because oceans naturally contain large amounts of radioactive materials, the net increase in oceanic radioactivity is minuscule.

Uh, and because the ocean is incredibly large, by the standards of our human scales, even a lot of something can get lost in it.  Or at least incredibly diluted.

True story.  My first graduate degree was obtained in a group that called itself "Marine Radioecology", and my research project concerned the uptake of several radionuclides by marine organisms in large cultures.  When I started my project, I received a shipment of 10 millicuries each of 59Fe, 65Zn, and 54Mn, all relatively powerful gamma ray emitters. Each isotope came in a lead pig in a box in regular mail (or UPS; I can't remember, it's been a while).   When I took each isotope out of it's lead pig, the Geiger counter on the other side of the room began to scream EVEN THOUGH I WAS BETWEEN THE ISOTOPE AND THE COUNTER. The radiation was shining through me and reaching the counter on the other side of the room.

Now, I wouldn't want to have been there for a long time, but in reality, and these facts are pretty well known, it takes a substantial dose of radiation to produce even a small increase in the probability of developing cancer.

The entire Fukushima incident was seized upon by people who would rather have you freeze to death in the dark than be warm and well lit by nuclear power and blown out of proper proportion. 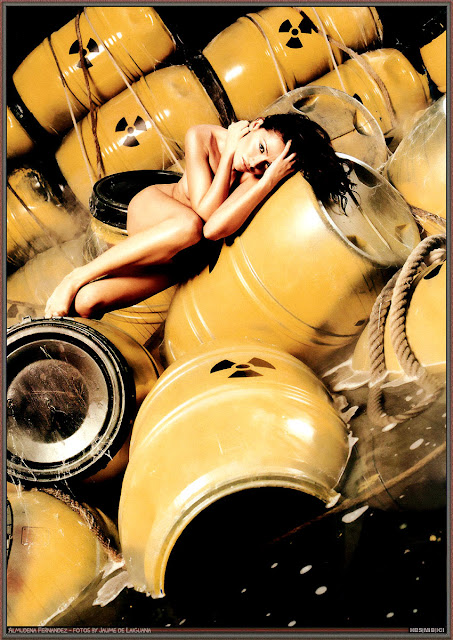