“Police have wrestled two topless women to the ground during a brief protest in St Peter’s Square outside the Vatican after cardinals withdrew into the Sistine Chapel to begin the process of electing a new pope.”

Umm, NSFWish in a newsy kind of way. 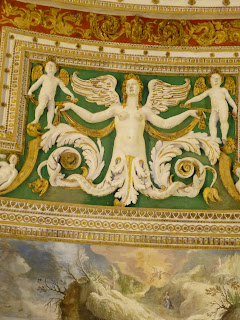 It's the girls from FEMEN, once again proving my motto "Whatever you're against, I'm for; keep the protests alive!" I don't care that much about gay marriage (although I'm weakly against it on the grounds that the state has the right to determine who it subsidizes to have kids, but if the people and the legislators support it, so be it), and I'm not Catholic (though Georgia is, nominally), so I don't ordinarily pay much attention to what the Pope says. 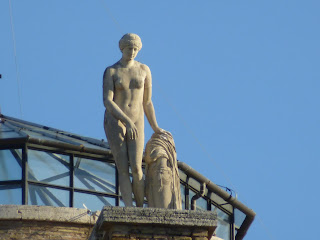 But the inside of the Vatican was really cool, so they get points for that.  And they weren't really all that shy about women's boobs in the art there, either.

As often happens, Wombat-Socho included this in his weekly giant Rule 5 post, this week simply entitled "Rule 5 Monday".  Those tax mines have been pretty busy. Also linked at the Classical Liberal in "Prince," his Rule 5 compilation.
Posted by Fritz at 7:12 PM