A New Camera at the Beach

A few weeks ago my Panasonic Lumix DMC ZS15 camera suddenly refused to focus. After many 10s of thousands of photos, being dropped in the sand, rained on, getting bay spray and having been dinged several times (particularly the mechanical lens cover, to the point that it sometimes needed help to open) it was no shock, and I didn't feel that it had failed me particularly.


I went back to my old Kodak Z915, which I had relegated to the boat bag because it had started to get balky in humid weather, and I have been using it for several weeks while I procrastinated on finding a new one. I eventually settled on another Panasonic Lumix, this time a DMC-LZ40, which sports a massive zoom lens, 42X optical with another 2X digital (essentially the same as cropping the 42 X version). 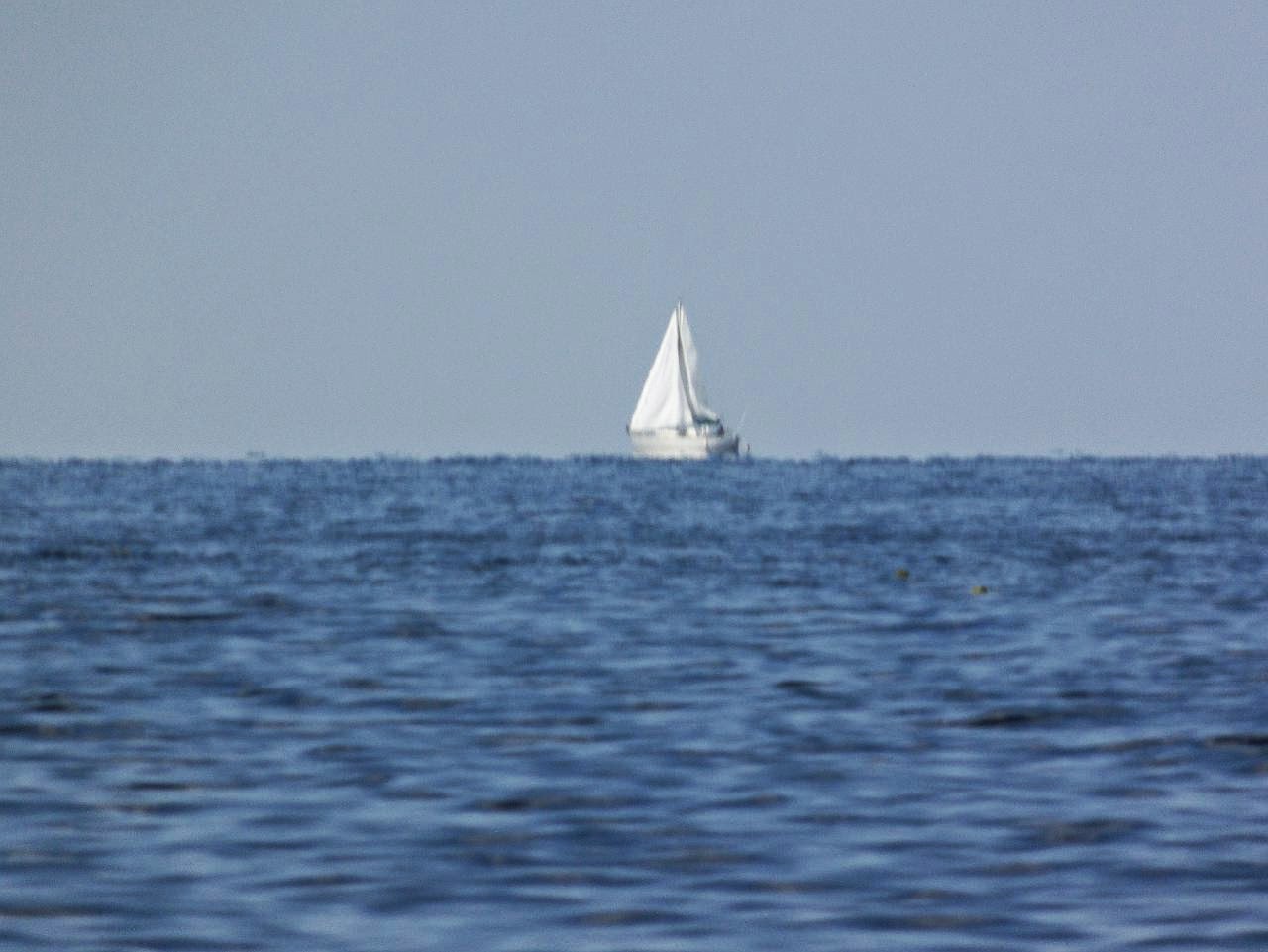 It arrived Monday, but today was the first day I took it down to the beach, and tried to stretch and find it's strengths and weaknesses. One thing about a really large zoom in a hand held camera is that your ability to hold it steady really matters. Even using the sports mode, as I usually do to freeze action, and with digital image stabilization, it's difficult to hold the camera steady enough to get really clear pictures over a long range. 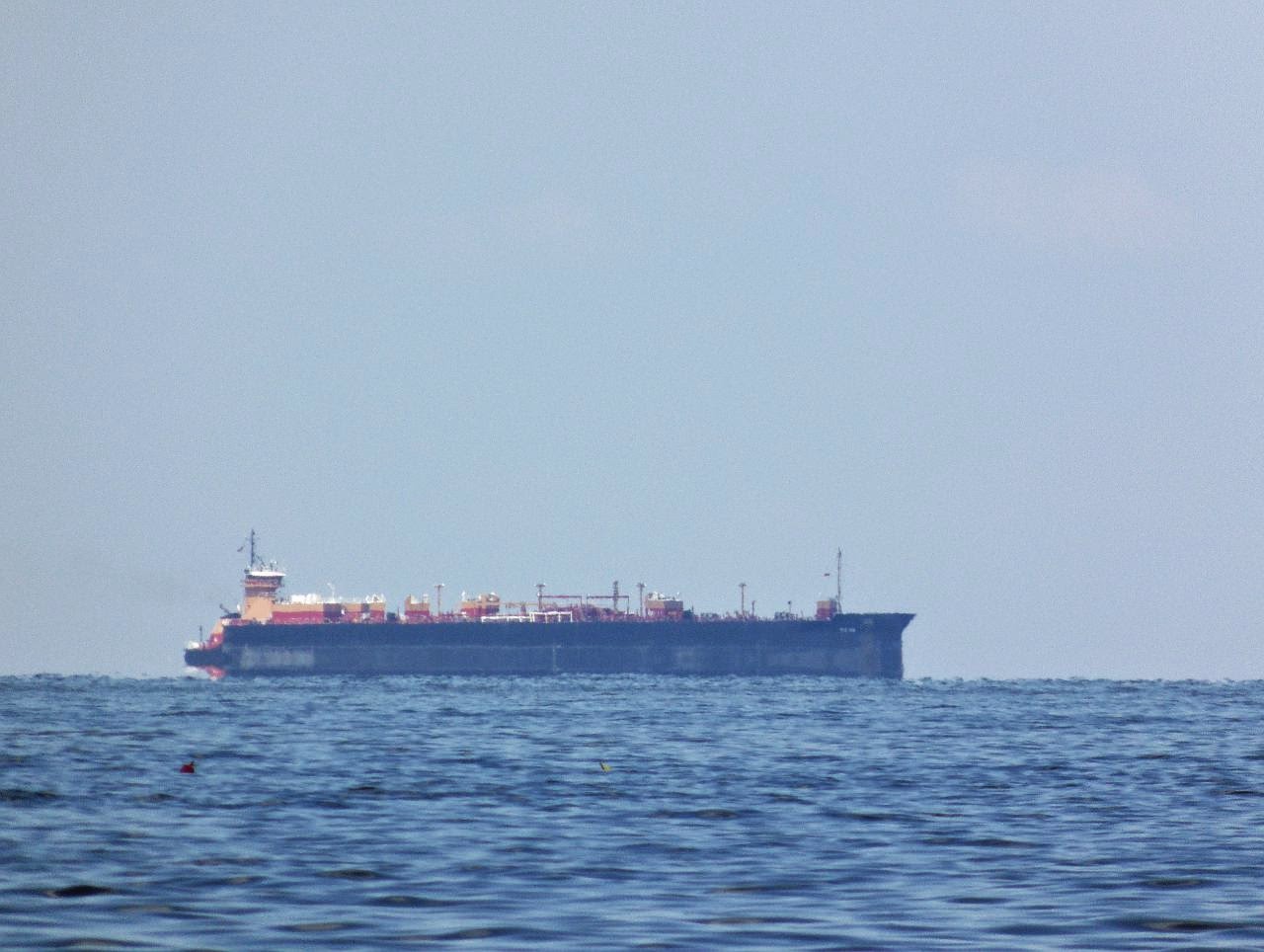 Over the water, the haze, heat shimmer and mirage also limit the clarity.  You can see the reflection from the mirage in the picture of the Dominion Gas Docks, the sail boat, and the freighter passing in the channel at least a couple of miles away 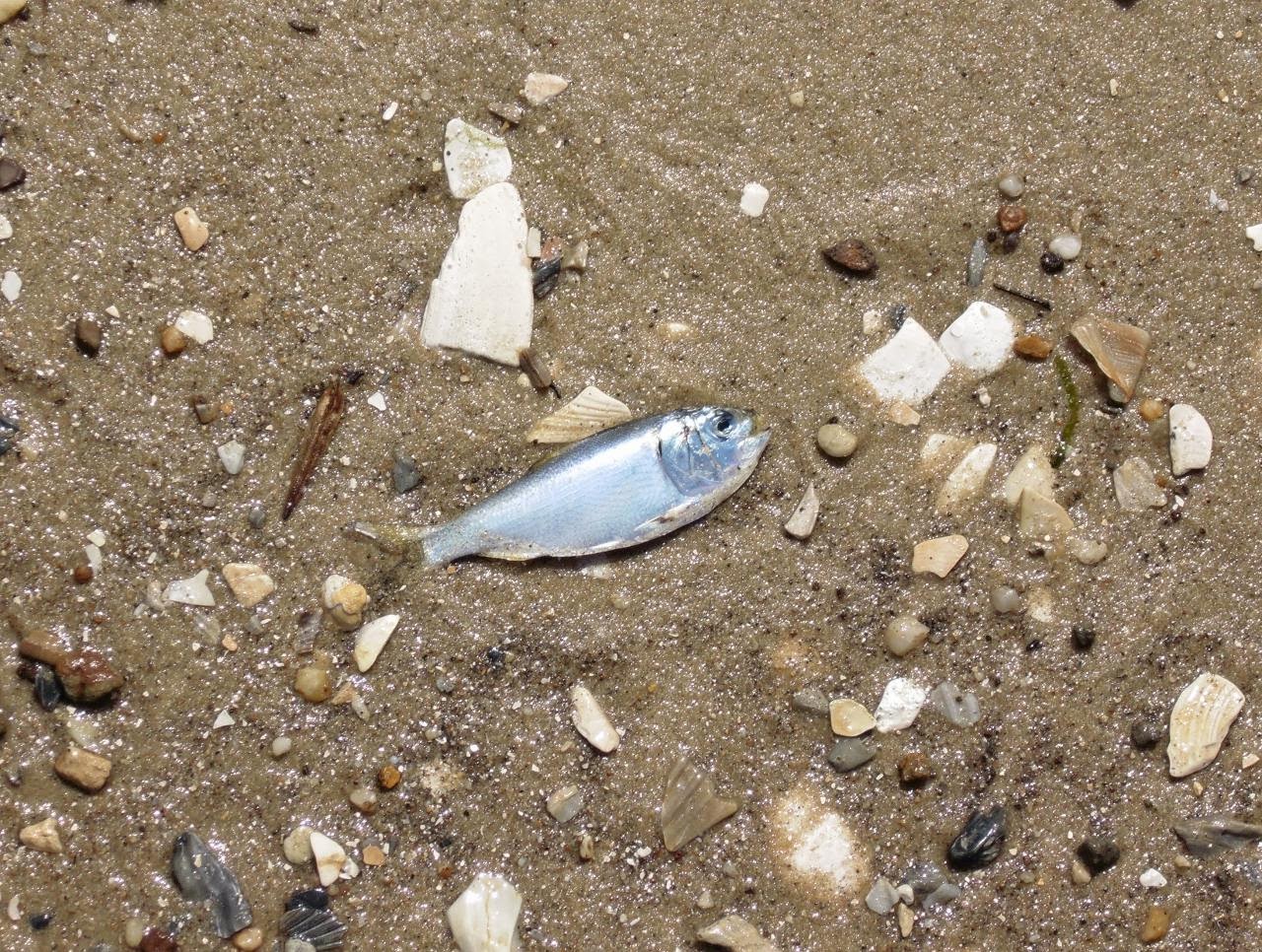 A peanut Menhaden.  A casualty of a bluefish binge? 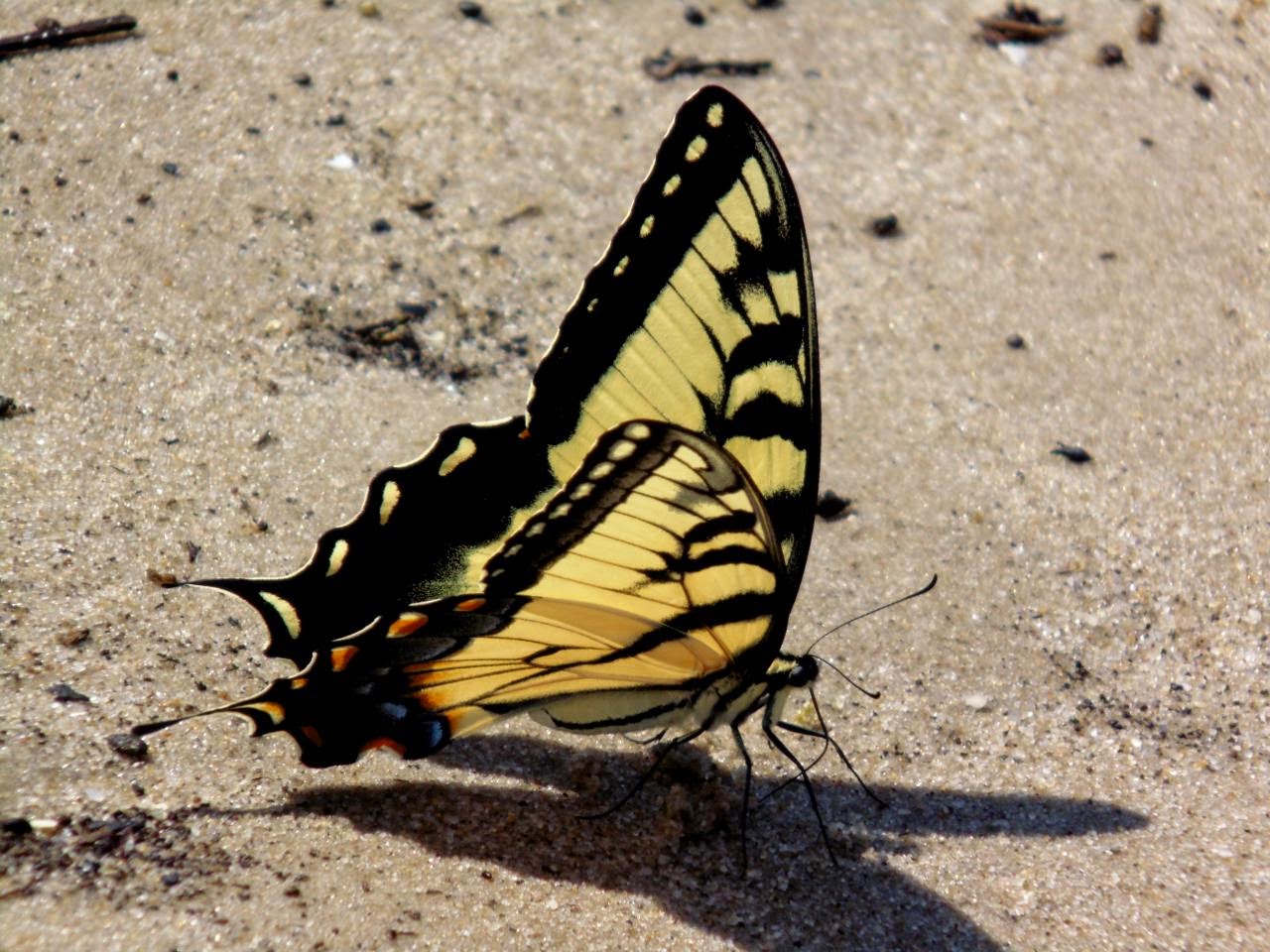 I took this picture of a puddling Eastern Tiger Swallowtail from at least 15 feet away using the 42 X zoom.  Not bad, but not as clear as if I'd snuck it right up next to him. 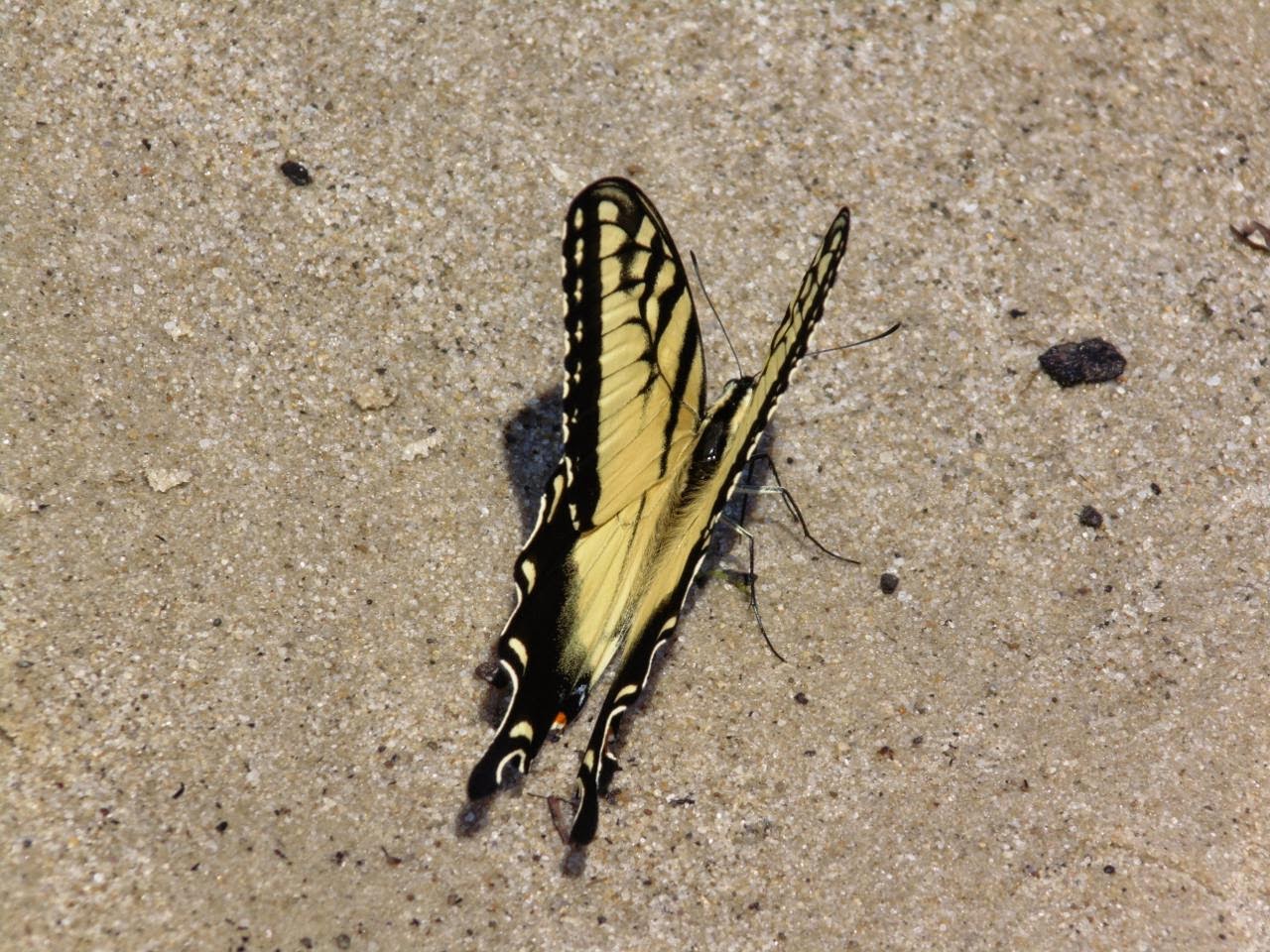 Much closer, and from above you can see his hairy back. 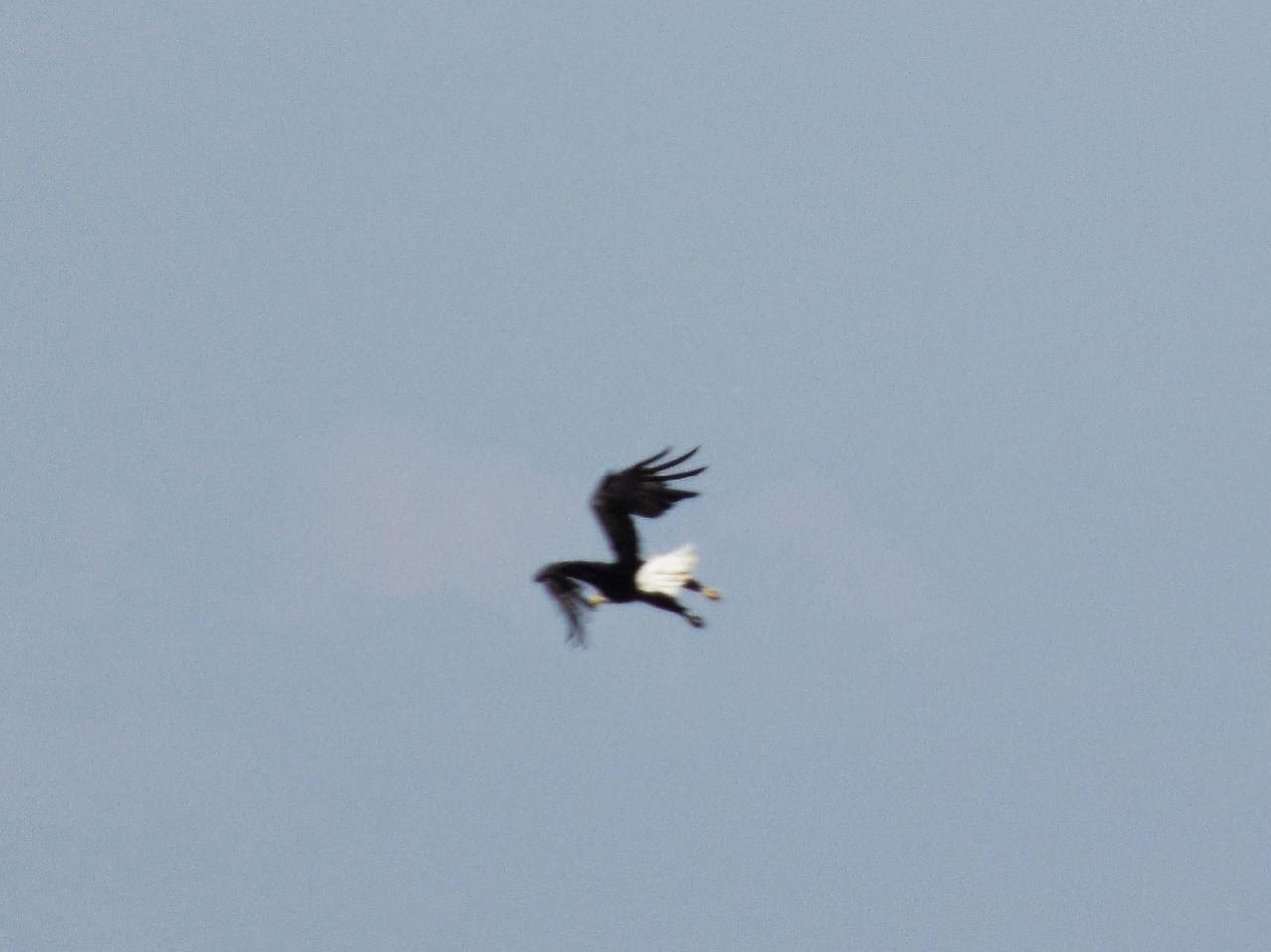 An Eagle took out after an Osprey. Georgia said "Good luck getting that".  Well it isn't exactly focused, but here's the Eagle pouring on the steam to catch up. 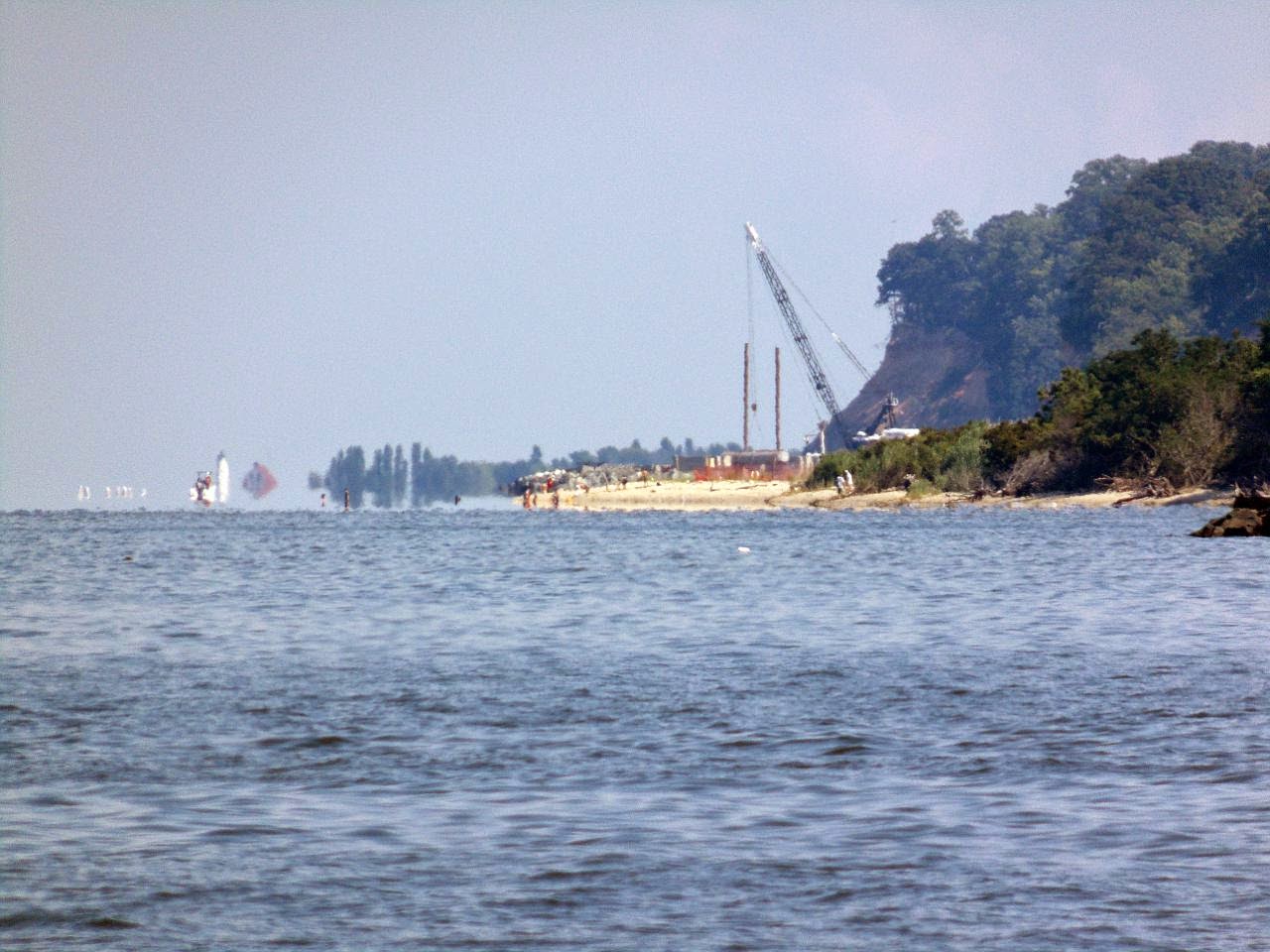 A really long shot with the 42 X zoom looking south at the Cove Point Lighthouse, the beach at Flag Ponds, and even the crane at CCNPP. 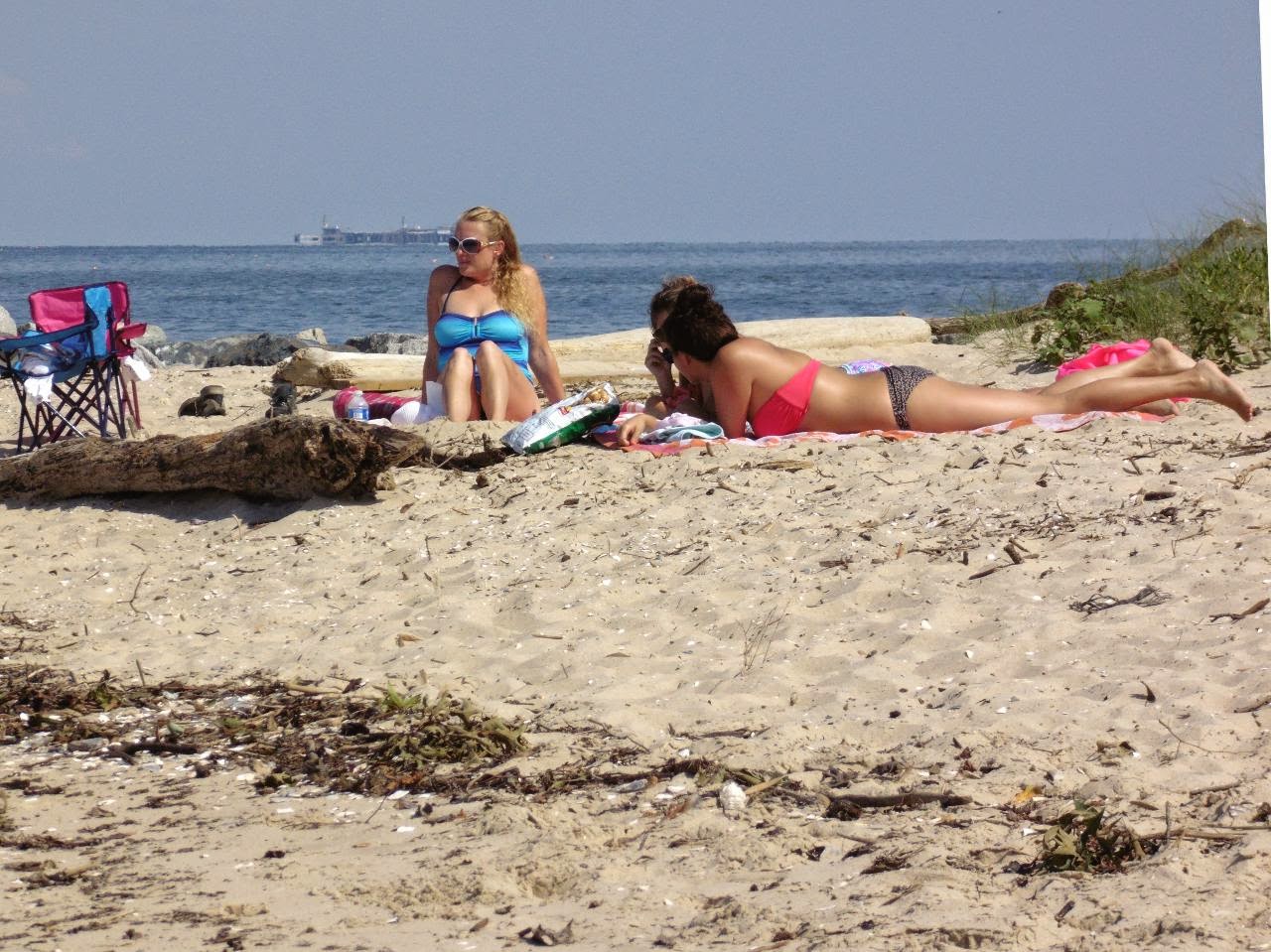 A slightly less zoomed shot of the Gas Docks. . . 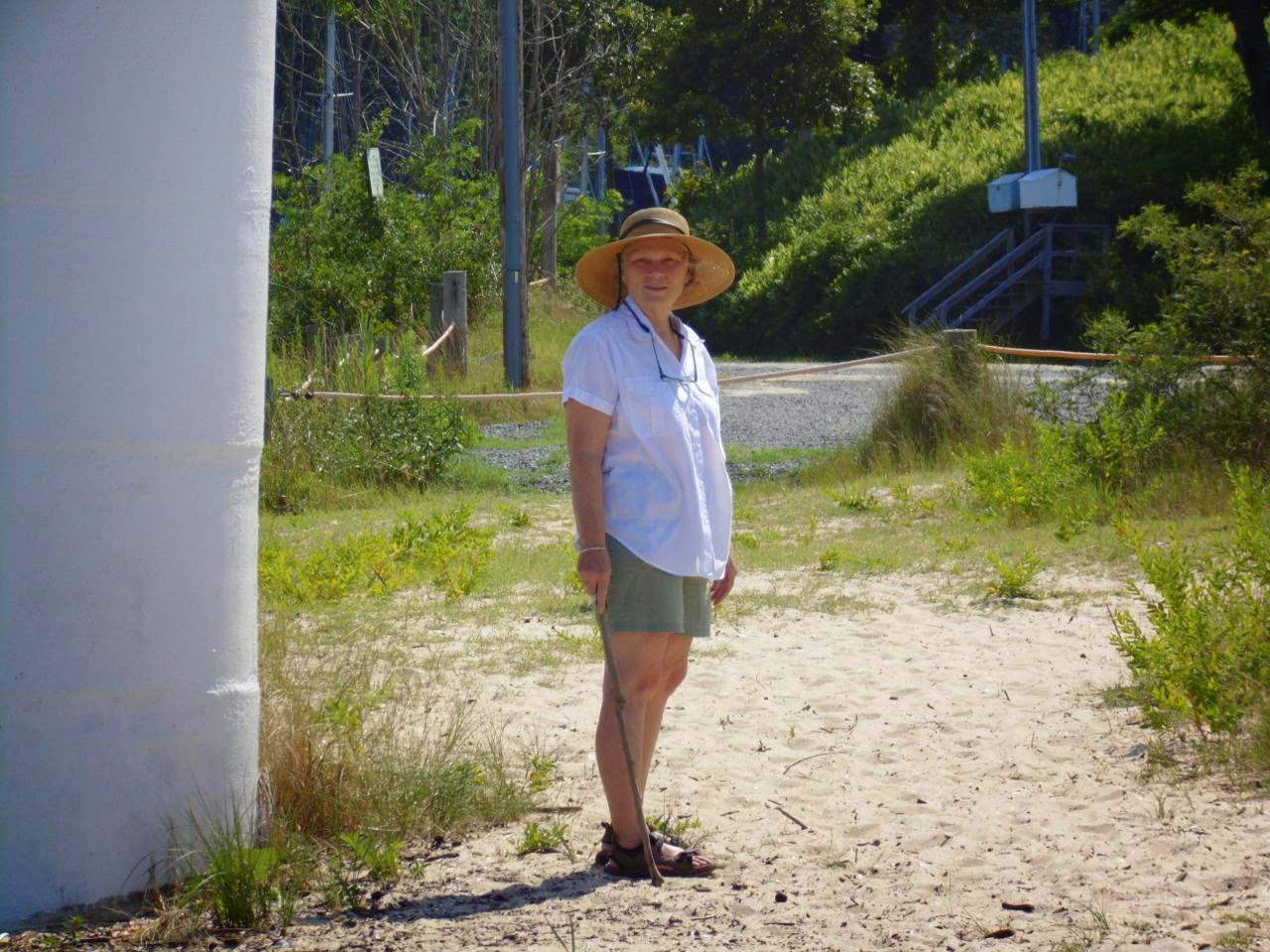 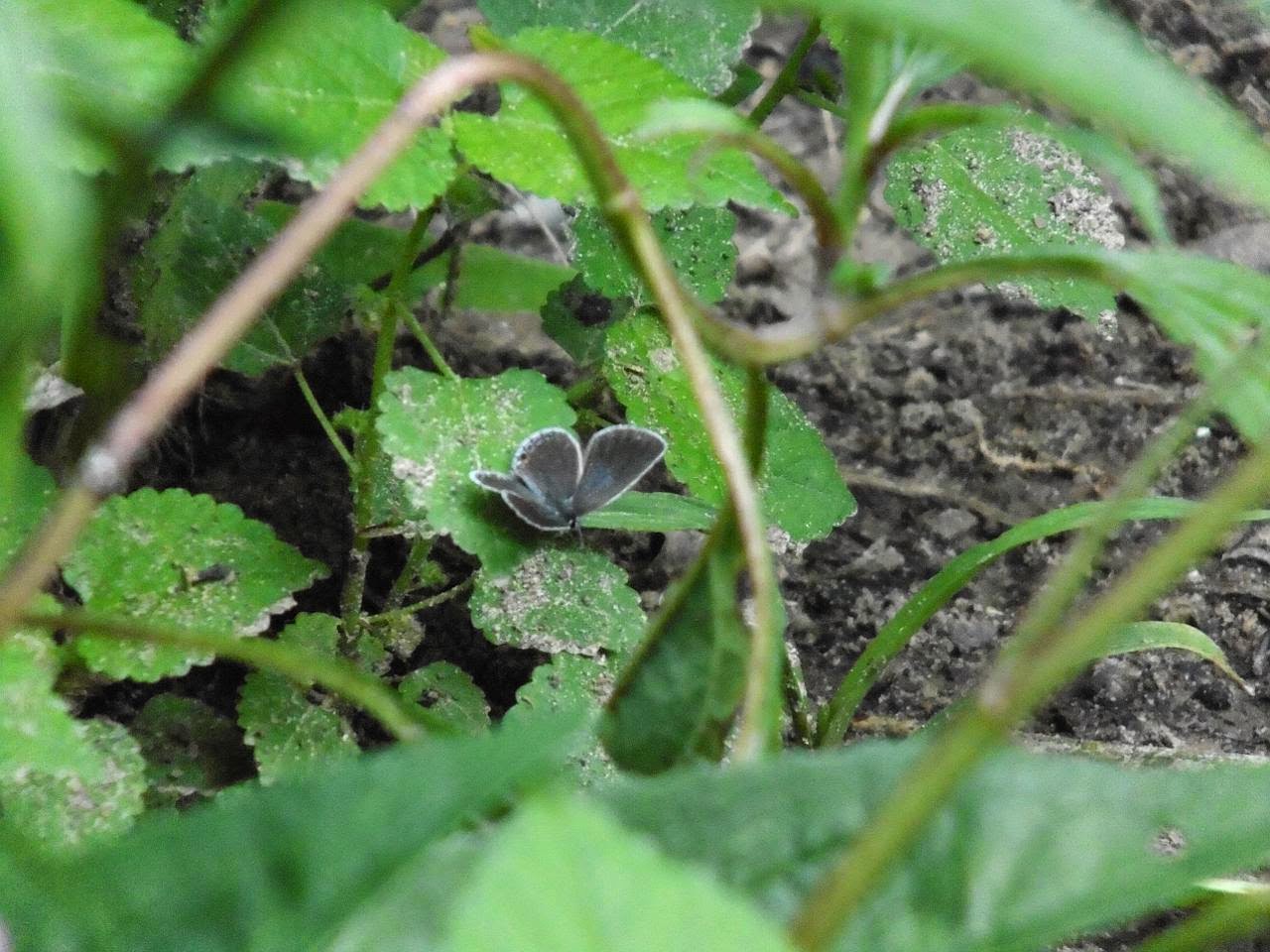 Once at home, I spotted this Eastern Tailed Blue basking in the garden, and managed to thread the focus through the junk and get a half decent shot at 42 X. 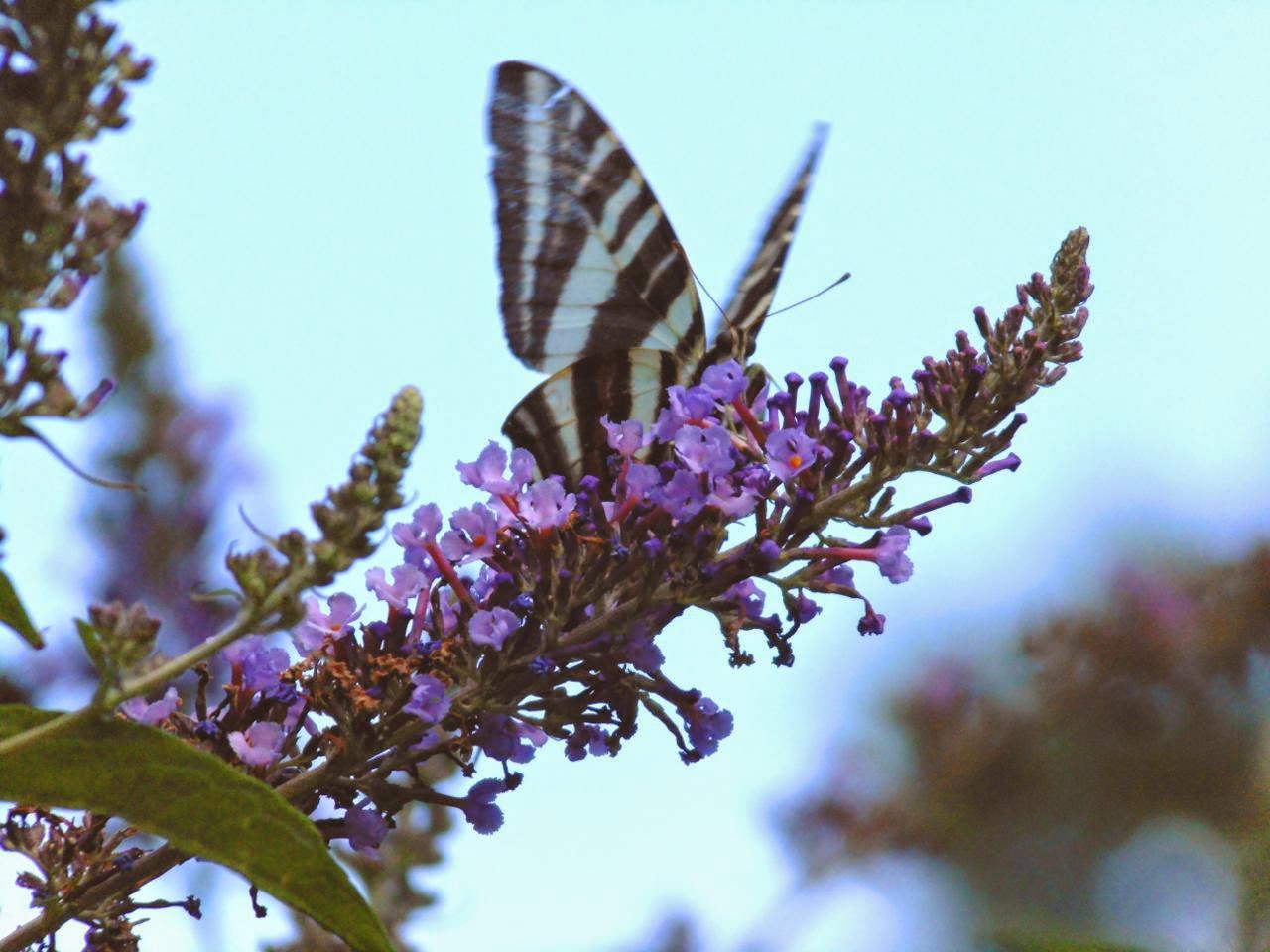 The camera has a tough time finding the focus plane with a lot of background noise, but does OK when it's silhouetted against the sky. But then exposure is kind of hard to get right.  A Zebra Swallowtail on our recently blooming Butterfly Bush 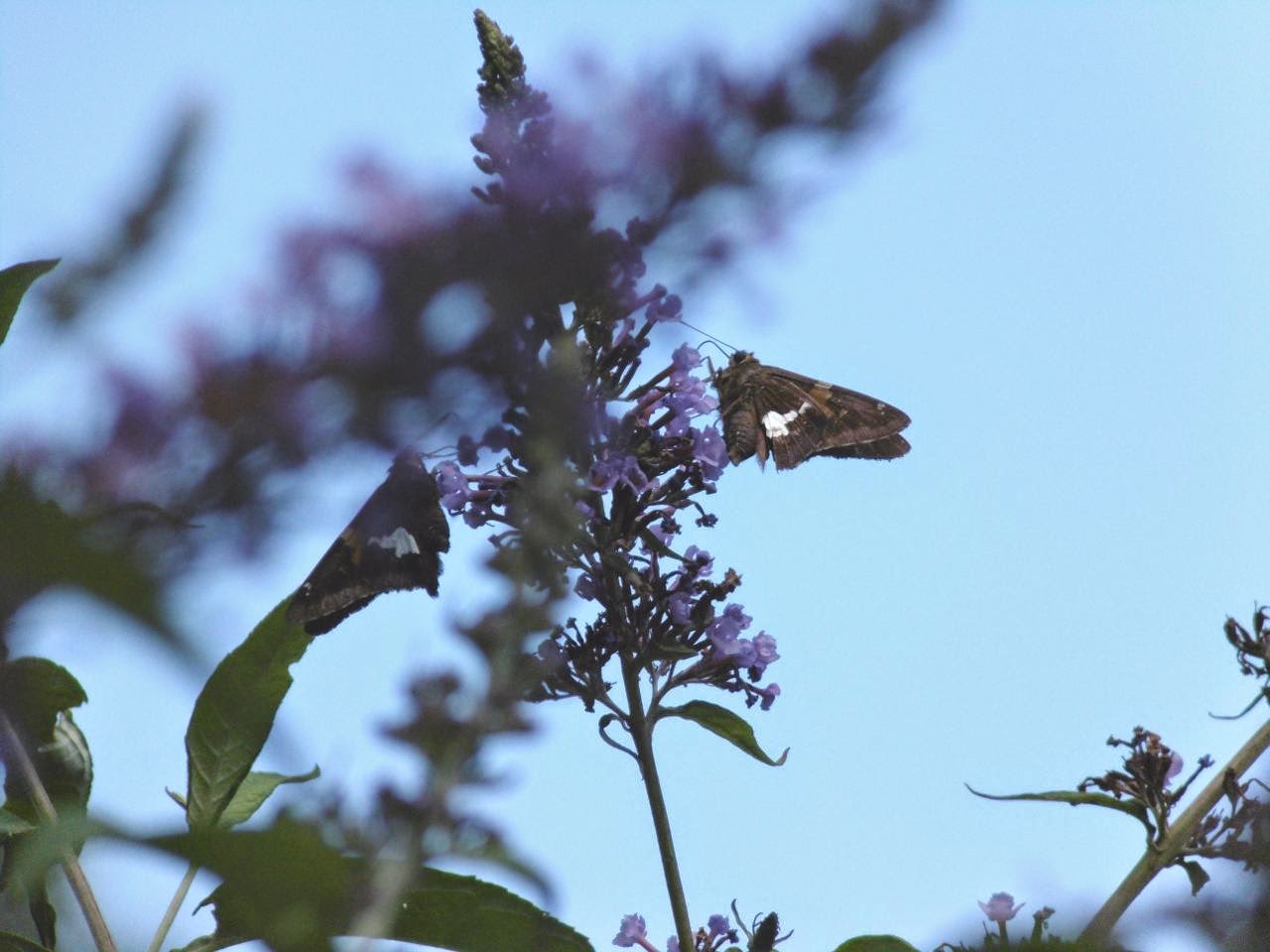 And a Silver-Spotted Skipper.