But there is such a thing as a “dead cat bounce” in polling. No matter how unpopular you may be, when you get near the absolute bottom, you’ll have occasional upticks. And 40% approval is pretty much rock-bottom for any president. To get lower than that, not only are you hated by the opposition and most independents, but even your own partisans start hating you.

Paul Bedard at WaEx has the White House Report Card: SNABU — Situation Normal, All Bidened Up. At Am Think Blaine Pardoe thinks Biden Has America on its Knees, praying for improvement. From CNN, Dave Masciotra opines on The surprising reason for Joe Biden's low approval rating "the fan fiction left encourages its audience, which depending on the writer or podcast often rivals those of mainstream publications and programs, to act in accordance with its weird delusions " while he holds onto the Russiagate hoax. At Twitchy, ‘A giant WHAT exactly?’ Blue-check actor claiming even though Biden is ‘elderly’ he’s a GIANT accidentally the funniest damn thing you’ll read today

Mark Moore at NYPo observes Dems increasingly question whether unpopular Biden should be party’s nominee in 2024. Scott Johnson at Power Line, Who’s next: The Times does Biden.

The New York Times has posted the Biden variant of the “Dump Feinstein” campaign that Steve has been tracking. In an alert to subscribers, the Times directs readers to Reid Epstein and Jennifer Medina’s story on the “Democratic whispers” that perhaps Biden should step aside in 2024 (and announce his decision to do so after the midterms). This just in: Democrats fear he may not be up to the task. And you thought the Times has lost its nose for news. 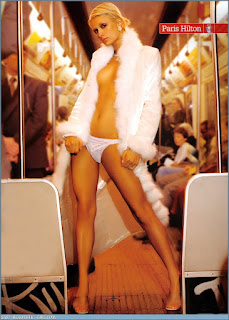 At Da Caller,  Paris Hilton Snubs President Biden In Favor Of Hanging With Britney Spears. An thats all you need to know.  Capt. Ed at Haut Hair VIP, The Bench Report: Can Dems really dump Biden?. At Da Wire, AOC Dodges, Laughs Off Question About Whether She’ll Back Biden in 2024. PM, AOC refuses to say whether she would support Biden in 2024: 'we’ll cross that bridge when we get to it' "We'll cross that bridge when we get to it" Ocasio-Cortez replied when State of the Union's Dana Bash asked the congresswoman if she'd back his 2024 run. AllahPundit at Haut Hair, Kellyanne Conway: Let's face it, Biden's going to run again. "The question of whether Biden will run almost feels like a logical paradox because the answer can’t possibly be yes but it also can’t possibly be no." AZ Central, Former Vice President Mike Pence to visit Arizona border with Gov. Doug Ducey, speak in Phoenix. The idea that Pence can run for President and win is delusional. Michael Walsh at Da Pipeline, 'They Only Eat Rat' 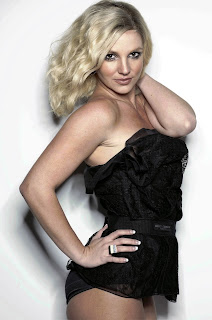 Could there possibly be a spectacle more unedifying than a (literally) terminally senile Biden scratching and clawing at a bitter, revanchist Trump, the pair of them wrestling over not the future of the country—why would they care? They won't live to see it—but over the 2016 and 2020 elections. Russian collusion! Dominion voting machines! Hunter's laptop from hell! January 6th! Get off my lawn! It would make us all remember what fun the past eight years were, and recall how little desire we should have to relive them.

At Am Think, 'Civis Americanus' thinks Republicans: To Win the Midterms, Hit Black Lives Matter. I think it takes more. But certainly BLM is a weak spot for Democrats. WaPoo butthurt that Sarah Palin takes early lead in crowded House race in Alaska, "Voting closed Saturday with four dozen candidates facing off under unusual new rules." How dare the people support someone they despise. AllahPundit claims Tomorrow's most interesting primary is The Trump vs. Haley proxy war in South Carolina. He's interested in anything that might show a weakness for Trump.