No Sport for the Faint of Heart 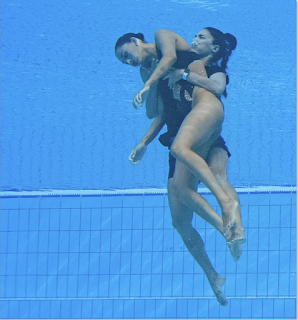 The Sun, Swimmer Anita Alvarez BANNED from world championships after fainting in pool for second time and being saved by coach

The heroic Spanish coach who saved her from drowning stated on Thursday she was confident Anita would continue to represent her country following tests.

But the International Swimming Federation decided she should not compete. 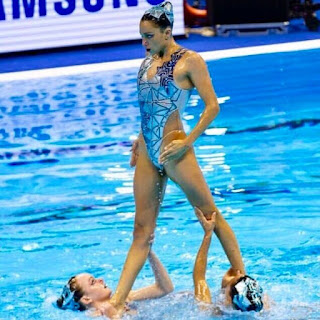 Andrea Fuentes was filmed diving into the pool to drag Anita out as lifeguards watched on after she passed out in the water during a solo performance.

She said: “She doesn’t want to leave here with the photo of her unconscious at the bottom of the pool.

“In any case in the team events Anita does a lot of pirouettes and very few apneas so she will almost certainly compete.”

Reports on Friday in Spain said FINA officials had told the American synchronised swimming team Anita could take no further part in the World Championships.

The decision was made just hours ahead of the team event this afternoon.

They should let her compete, it's not like she's not surrounded by competent swimmers who could pull her out.