Maryland regulators have given a green light to a controversial restoration project in the state’s only Coastal Plain stream to have supported brook trout until recently.

The Maryland Department of the Environment recently approved a proposal by the state’s Department of Natural Resources to restore a portion of Jabez Branch, a tributary of the Severn River in Anne Arundel County.

Brook trout need cold, clear water to survive, which is typically found only in mountainous or hilly streams. For many years, though, Jabez Branch was an anomaly, with cool springs feeding it and trees lining its banks to shield the water from the hot sun. 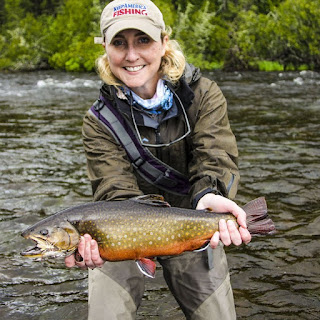 But the trout have been struggling to hold on there since the late 1980s, as warm stormwater runoff began pouring into the stream from new highways, homes and commercial development built nearby. Despite restoration and restocking efforts, the trout population dwindled as water quality declined. Three years ago, for the first time in 25 years, state biologists were unable to find any brook trout in the headwaters of the Jabez, their traditional habitat.

DNR proposes to restore nearly a half-mile of one of the stream’s prongs where storm flow has carved a deep channel into the land. State officials intend to raise the stream bed by filling it with sand, gravel and wood chips, as well as enhance and enlarge the 2.6 acres of wetlands bordering the stream. The plan also includes installing riffles and pools in the channel itself to slow the water’s flow and capture some of the stormwater surges. 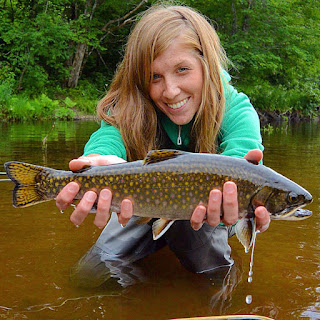 “We have to go fix this stream to make it better for everybody, including trout,” said Claudia Donegan, DNR’s habitat conservation and restoration director. The banks are eroding so badly, she said, that “right now it’s hemorrhaging fine sediment in every storm.”

The plan has the enthusiastic support of the Severn River Association and Severn River Commission, which contend that sediment washed down Jabez Branch is also harming the larger river.

But a local chapter of Trout Unlimited objected, contending that DNR’s proposed “regenerative stream channel” restoration technique was untried on trout streams and would not improve water quality enough to enable brook trout to survive there. 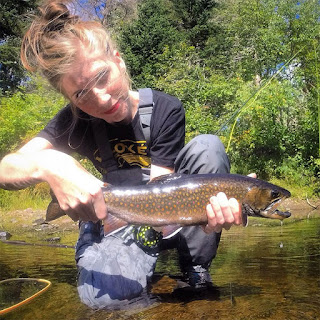 The conservation group favors “natural channel design,” a streambank stabilization technique that has been successfully used to restore trout habitat elsewhere. But the group stressed that for any restoration to be effective, more needs to be done to prevent overheated runoff from reaching the stream.

While DNR’s preferred restoration technique has not been tried before on a trout stream, Donegan said officials believe it will be more resilient to the increasingly heavy storms and runoff expected from climate change.

“We need a different approach,” she said.

MDE approved DNR’s plan, which it said was modified to address objections and appears likely to reduce stream temperatures and meet other water quality goals. 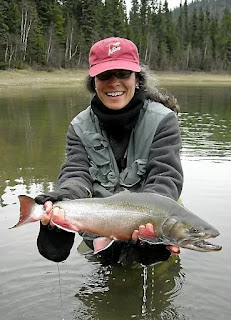 As a precaution, MDE imposed 19 special conditions on the project. Chief among them is a requirement that DNR monitor the restored stream stretch for 10 years and prepare an “adaptive management plan” spelling out other things to try should the restoration not go as expected.

Art Senkel, with the Mid-Atlantic Council of Trout Unlimited, called the MDE decision disappointing but not unexpected. He said he was glad MDE imposed conditions, but he contended that the plan still doesn’t address sediment and stormwater flowing into the stream from upland highways and development.

The project, estimated to cost about $5 million, still needs final approval from the U.S. Army Corps of Engineers, but Donegan said she expected that shortly. Because more planning is needed to satisfy MDE’s conditions, she said construction would likely start in spring 2023.

I've fished in Severn Run (but not the Jabez Branch, to the best of my recollection) in years past. It was put and take trout fishing, and pretty crowded most mornings.

$5 million for a half a mile of stream restoration, for a small population of trout, with only a chance of success, strikes me as a lot of money. If you just want to restore the stream bed, you should just say so.

The Wombat has Rule 5 Sunday: Atago-sama’s Wedding up on time and under budget at The Other McCain.