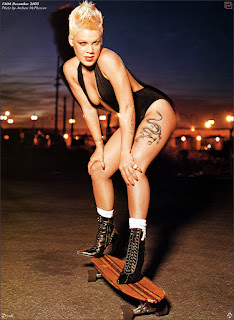 And I'm not even particularly anti-abortion. The Mix,  Pink Tells Anti-Abortion Fans To Stop Listening To Her Music

Pink has a brutal message for any fans of hers who support the overturn of Roe V. Wade, telling them that if they’re anti-abortion, they should stop listening to her music.

“Let’s be clear: if you believe the government belongs in a woman’s uterus, a gay persons business or marriage, or that racism is okay- THEN PLEASE IN THE NAME OF YOUR LORD NEVER F***ING LISTEN TO MY MUSIC AGAIN. AND ALSO FUCK RIGHT OFF. We good?” Pink wrote on Twitter over the weekend.

The Hollywood Reporter reported that Pink later got into it with a fan who wrote that he had “never had an abortion. Also have never been with a woman that aborted my child. My wife & I saved our grandson from deletion by providing our complete support for our son & his girlfriend, best thing we’ve ever done.” 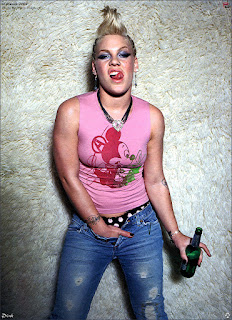 “I’m so glad you HAD THE CHOICE TO DECIDE WHAT WAS RIGHT FOR YOU, SIR. Must be nice,” Pink responded.

When another fan joked, “I hope her agent survives the stroke,” Pink fired back by saying, “I am my agent. We’re fine.”

Pink went on to double down on this kind of talk on Sunday.

“I think all of our nerves are collectively fried from so many years of racism, misogyny, homophobia, etc. +pandemics, mass shootings, wars and the total lunacy, hypocrisy, ignorance of the GOP-it’s all a bit much. But we will stick together. Good will prevail over evil,” she wrote.

“And to all of you sad, old white men asking me if I still make music’s,” Pink added. “I realize you’re out of touch- so ask your kids…. Oh wait- you can’t. They hate you.”