At Da Blaze, Biden now 'doing worse than Jimmy Carter,' Democrats are 'super-duper worried' about midterms: 'There's no other way to cut it'. A lot of us thought Carter was a best case scenario.  At the NYPo, Joe bummer: Biden says Americans ‘are really, really down’  Yeah, maybe it's gas prices, food inflation or our pensions evaporating. Dan Chaitin at WaEx, 'Don!': White House press secretary Karine Jean-Pierre rejects Biden stamina question. The interesting thing about this is Don Lemon taking a step off the Biden wagon. At Da Mail, Joe doesn't know if he's coming or going: Biden says he hasn't decided to go to Saudi Arabia - seconds before confirming he IS going, but I'll bet he remembers the Thomas confirmation. Matt Margolis at PJ Media, How Dumb Is Joe Biden? Ask Him. He’ll Tell You. "People who Joe Biden thinks are smarter than he is: – All the women in his life – Kamala Harris – His sister – Stacey Abrams – Hunter Biden" Likely true. It's not that high a bar. Although, in the old days he did have some political cunning. Capt. Ed at Haut Hair (VIP) catches Biden saying to America: Be confident in my leadership! Like Obama, I'm pretty confident in his ability f*ck things up. R. Emmett Tyrelle at Am Spec, Why Not the Worst? "It’s always a race to the bottom with his party, but our president is proving himself to be historically awful." At NYPo, Big Sister II: Kamala Harris leads latest Biden ‘disinformation’ team. At least she'll fail. It's her skill. Ace, In Left-Leaning Fox Poll, Republicans Are Beating Democrats On Question, "Which Party Do You Trust More to Preserve Democracy?"

At Haut Hair, AllahPundit whines, The new frontrunner for the 2024 nomination according to PredictIt is..., DeathSantis! Rusty Weiss at PI, Ron DeSantis Thanks ‘African-American’ Elon Musk For His Support For President In 2024 – The Left-Wing Meltdown Is A Thing Of Beauty. Andrea Widburg at Am Think thinks Ron DeSantis had a brilliant, funny response to Elon Musk's support "Gov. Ron DeSantis reacts to Elon Musk saying he would vote for him if he ran for president: "I welcome support from African Americans. What can I say?"" The NYT, cited at Haut Hair, has helpful advice on Winning when Trump is against you: A how-to guide, "Don’t break with the base on policy." 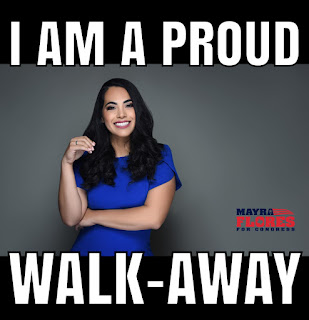 At CNS News, Rep. Pfluger: Republican Mayra Flores’s Win Is ‘the Beginning of the End of the Democrat Party in the Rio Grande Valley’. From your lips to God's ears. Fox, Republican who flipped blue House seat in Texas says her victory sends ‘strong message’ to Democrats "Flores argues that Democrats for generations have taken Hispanic voters in South Texas for granted." Actually, you're probably better off if they take you for granted instead of trying to "help" you, and make you more dependent. Spencer Brown at Town Hall details how Democrats Aren't Taking Their Texas Special Election Loss Well

"I hope the DCCC learns their lesson with this before it happens across the country," said Democrat Vicente Gonzalez, before pointing to the bigger issue for Democrats. "They have just forgotten about the brown people on the border… I’m not going to try to sugarcoat it anymore," Gonzalez said. "They are taking Latinos in South Texas for granted."

Stuart Whitson at Am Spec want to draw your attention to An Election Scandal in Kansas May Be Underway in Other States, "Leftist groups are trying to influence elections when voters aren’t looking — and some in government are playing along." At WaEx, House Republicans seek Biden administration's voter registration plans.

Republican lawmakers are pressing 12 executive agencies to reveal their plans to increase voter turnout as the Biden administration refuses to disclose the reports.

Top Republicans on five committees sent letters to a dozen individual agencies Wednesday, including the Department of Labor , the Small Business Administration , the Department of Energy , and the Department of Agriculture , after an earlier letter to the Biden administration went unanswered. President Joe Biden signed an executive order in March 2021 directing agencies to produce plans to increase voter turnout but has not made public the reports that were due in September of last year.

The goal is to embed Democrat party goals as articles of faith in all branches of the government, whether or not those institutions have any relevance to the goals. Chris Queen at PJ Media asks Who's the Real Threat to Democracy? Olivia Hajicek at Da Fed, NSBA’s Apology For Letter Comparing Parents to Terrorists Hasn’t Stopped The FBI From Targeting Free Speech. At Behind the Black, Today’s blacklisted American: Biden administration purging conservatives from FBI.

Who says there ain't no justice? At Anxious, Michael Avenatti pleads guilty to wire fraud and tax charge. It looks like CNN's presidential candidate is looking at some significant time. And more good news from Breitbart, Campaign to Recall Soros-backed L.A. D.A. George Gascón: We Have the Signatures. 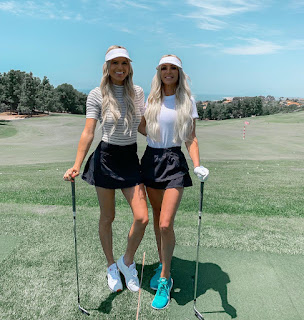 At Red State, Nick Arama captures how What NBC Did During Jan. 6 Hearing Shows Just How Much Dems Have Lost Americans, cut away for golf. Hey, baby needs a new pair of shoes. "But it made perfect sense, since not only is golf more interesting, it’s more credible." He gets it, he really gets it after all, from Twitchy, CNN’s Brian Stelter paraphrases Fox News’ commentary on Thursday’s January 6 committee hearing, Brian Stelter@brianstelter "Paraphrasing Fox's commentary after today's 1/6 hearing: Powerful testimony, but the committee should have a full slate of Republicans; 1/6 proves the country's institutions held; the coup plot was implausible; hearing's 2024 talk taints it with politics" Althouse, CNN's new president Chris Licht wants staff to staff to stop saying "big lie" and just say "Trump election lie" or "election lies." Mediate reports. Jack Wolfson at NR (cited by Haut Hair) worries Is the January 6 committee Liz Cheney's last stand? He's hoping she can win with a cross-over vote. AllahPundit has identified the villain (besides Trump) The horrible Mr. Eastman, who apparently counseled Trump to try the "Pence Gambit." It's a lawyer's job to try to get his client the best deal the law allows. The law was ambiguous. Wapoo whines, Pence’s Jan. 6 tightrope: Owning his role while courting Trump voters, "Thursday’s hearing could put the former vice president in a bind as he plots his own potential path to 2024" Sorry, WaPoo, there is no Pence candidacy without Trump. At Breitbart, Pence aideMarc Short on January 6: ‘Ultimately the Buck Stops’ with Trump. At WaEx, Judge rejects Steve Bannon's attempt to toss out contempt of Congress charges. I look forward to Nancy P. on the stand. John Solomon at JTN  Capitol Police failures on Jan. 6 foreshadowed in earlier warnings, memos show, "Between 2017 and 2020, multiple red flags were raised about preparedness, training and intelligence, records show." Nancy P in charge, after all.

Thom Nickels at Front Page, Dear Justice Kavanaugh: 'You Won’t Know What Hit You', "Nicholas Roske, the Left’s new hero?" At Summit News, Kavanaugh’s Neighbour Claims Pro-Abortion Protesters Are Threatening Homeowners; “F*ck You, F*ck Your Children” What lovely folk! At PM, 22 Democrats who voted against extra security for SCOTUS justices approved it for themselves after Jan 6. "Many of the members of Congress who voted "no" are well known for their own security."

If you're like us, yesterday wasn't a very good day, so some DIY on the economy:

Dow dips below 30k for first time since Jan. 2021 (Comfortably Smug sums up state of affairs with a gif) – twitchy.com
Dow sinks 700 points, dropping back below 30,000 to the lowest level in more than a year
WATCH: Peter Doocy Puts Press Sec on Heels with Simple Question
Two-Thirds of Americans Say Bidenflation Is Eating Through Their Savings
Atlanta Fed's GDP Tracker Falls To Zero
Fed Hikes Interest Rates And Issues Warning To Americans | The Daily Caller
New Talking Point: ‘Nationalism,’ Immigration Restrictions And Downplaying Jan 6 Are To Blame For 40 Year High INFLATION – Summit News
There it is, Samsung Signal Flare, Demand Side Contraction, Inventories Too High, Request Suppliers Stall Shipments - The Last Refuge
Stakeholders: Biden’s Letter to Oil Industry ‘Height of Hypocrisy'
Peter Doocy Nails WH in a Lie and Complete Contradiction on Inflation, Oil Production – RedState
Just When You Thought Biden Couldn’t Get Any Dumber… Demands Oil Companies Increase Production – Watts Up With That?
Biden Admin Bows To Environmental Activists, Quietly Delays Another Oil And Gas Lease Sale | The Daily Caller
Biden's energy secretary: Oil companies need to step up while we shut them down, or something – HotAir
Ford Pulls Plug on Pete Buttigieg’s $44K Electric SUV (Made in Mexico)
Granholm: We Want Oil and Gas Companies 'to Diversify' to Produce Clean Energy
Biden's energy secretary exercised $1.6 million stock option in EV company as she pushes Americans to buy electric cars | The Post Millennial
ExxonMobil 'Comes Out Swinging' in Response to Biden's Letter to Oil Companies
Instapundit » Blog Archive » WELL, MITT, PRETTY MUCH EVERYTHING THAT COMES OUT OF THIS WHITE HOUSE IS CRIMINALLY FALSE: Romney a…
WaPo: Gas prices -- and chip shortages -- making White House desperate – HotAir
And the culture wars:
Does Joe Biden Even Understand What LGBTQ Is? – PJ Media
Skirt Requirement for Schoolgirls Violates Constitution, Appeals Court Rules
Michigan AG Dana Nessel Calls For ‘A Drag Queen For Every School’ During Woke Conference | The Daily Caller
UCLA Law School Launches Project To Track Anti-Critical Race Theory Efforts
Compelling Diversity and Punishing Dissent | FrontpageMag
Report: Easier Access to Puberty Blockers for Transgender Kids Does Not Reduce Suicide Rates | CNSNews
Biden Directs HHS To Expand Access To Trans Sex Change Surgeries, Including For Children | The Daily Wire
Althouse: "The Battle Over Gender Therapy/More teenagers than ever are seeking transitions, but the medical community that treats them is deeply divided about why — and what to do to help them."
When, exactly, did drag queens in schools become a thing? – HotAir
Michigan AG Dana Nessel Advocates 'Drag Queen For Every School’ - Off The Press 2.0
Linked at Pirate's Cove in the weekly Sorta Blogless Sunday Pinup and links. The Wombat has Late Night With Rule 5 Sunday: Paige Spiranac and FMJRA 2.0: Girls With Guns up at The Other McCain.
Posted by Fritz at 12:08 PM