Some Redskin Cheerleaders Accuse Team of Pimping Them Out 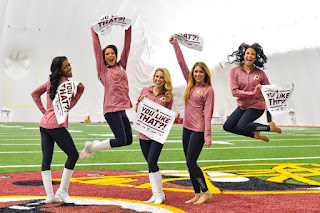 When the Washington Redskins took their cheerleading squad to Costa Rica in 2013 for a calendar photo shoot, the first cause for concern among the cheerleaders came when Redskins officials collected their passports upon arrival at the resort, depriving them of their official identification.

For the photo shoot, at the adults-only Occidental Grand Papagayo resort on Culebra Bay, some of the cheerleaders said they were required to be topless, though the photographs used for the calendar would not show nudity. Others wore nothing but body paint. Given the resort’s secluded setting, such revealing poses would not have been a concern for the women — except that the Redskins had invited spectators. 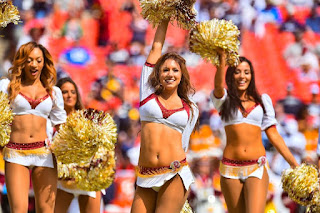 A contingent of sponsors and FedExField suite holders — all men — were granted up-close access to the photo shoots.

One evening, at the end of a 14-hour day that included posing and dance practices, the squad’s director told nine of the 36 cheerleaders that their work was not done. They had a special assignment for the night. Some of the male sponsors had picked them to be personal escorts at a nightclub. 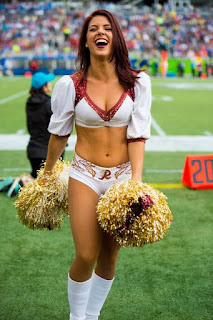 “So get back to your room and get ready,” the director told them. Several of them began to cry.

“They weren’t putting a gun to our heads, but it was mandatory for us to go,” one of the cheerleaders said. “We weren’t asked, we were told. Other girls were devastated because we knew exactly what she was doing.”

The Redskins’ weeklong trip to Costa Rica in 2013 — for which the cheerleaders were paid nothing beyond transportation costs, meals and lodging, the team said — provides a vivid illustration of how N.F.L. teams have used cheerleaders for far more than sideline dancers during games. Their treatment has come under intense scrutiny in recent weeks since two former N.F.L. cheerleaders filed discrimination complaints and described a hostile work environment in which they were often dangled as sex objects for the titillation of male fans away from the games. 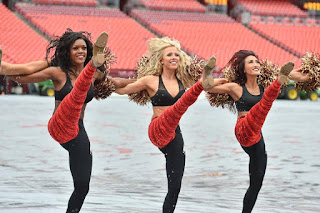 Interviews with dozens of current and former N.F.L. cheerleaders revealed a common perspective: They enjoyed performing at games, developing friendships with other cheerleaders and participating in charity work, which included visiting hospitals and going overseas to entertain military troops. But they were disturbed by some of the extracurricular requirements that put them in what they considered unsafe situations. 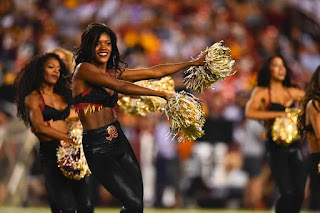 I know I'm shocked, shocked to see the cheerleaders in titillating situations.

This account of the Redskins’ calendar shoot at the Occidental Grand Papagayo is based on interviews with five cheerleaders who were involved, and many details were corroborated with others who heard descriptions of the trip at the time. The cheerleaders spoke on condition of anonymity because they were required to sign confidentiality agreements when they joined the team.

“It’s just not right to send cheerleaders out with strange men when some of the girls clearly don’t want to go,” one cheerleader who was there said. “But unfortunately, I feel like it won’t change until something terrible happens, like a girl is assaulted in some way, or raped. I think teams will start paying attention to this only when it’s too late.”

The Redskins ain't been quite right ever since Dan Snyder bought them in 1999.

Wombat-socho has "Rule 5 Sunday: Camille Paglia Approved!" open for business at The Other McCain.
Posted by Fritz at 6:00 AM