A Dire Wolf Shot in Montana? 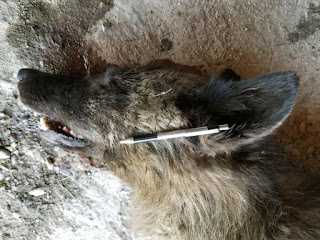 Extremely unlikely Almost impossible, but until the DNA test comes back we can hold out hope:  Mysterious wolf-like creature shot in northcentral Montana near Denton


On May 16 a lone wolf-like animal was shot and killed on a ranch outside Denton. With long grayish fur, a large head and an extended snout, the animal shared many of the same characteristics as a wolf; but its ears were too large, it's legs and body too short, its fur uncharacteristic of that common to a wolf. 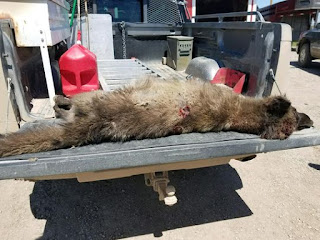 "We have no idea what this was until we get a DNA report back," said Bruce Auchly, information manager for Montana Fish, Wildlife and Parks. "It was near a rancher's place, it was shot, and our game wardens went to investigate. The whole animal was sent to our lab in Bozeman. That's the last I ever heard of it." 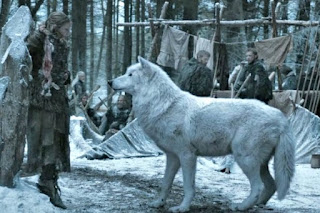 "That's a grizzly cub," one commentator wrote. "Under a year and starving from the look." "Maybe a dire wolf," wrote another, "because I don't believe they are all gone."

Speculation roamed as far as identifying that animal as a crypto-canid species said to roam the forests of North America. 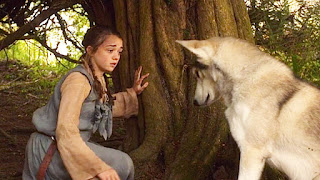 "That could very well be what’s being called Dogman," one poster suggested. "They’re spotted each day and the government quells any and all reports. Several people report being strong armed into keeping quiet about their reports by men wearing black suits. These are just facts. Look into if if you don’t believe it."

"First off (dire wolf) was a song by the Grateful Dead from 1971," he said of the prehistoric species speculation. "I know; I listened to it many times. Number two, it's a prehistoric animal, like mastodons and saber toothed tigers; so it doesn't exist."


I'm betting on a dog/wolf hybrid.


"We've had a few instances of wolf/dog hybrids out there," Smucker said. "One was out somewhere in eastern central Montana killing sheep like crazy. Finally, we caught it and it turned out to be a hybrid."