About Those Clean Electric Cars 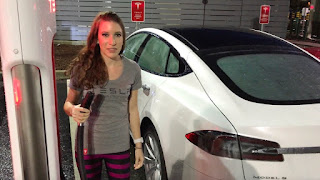 New report suggests EV’s are out of reach for the average American, and broad adoption will actually cause an increase in traditional air pollution
. . .
Using a recent forecast prepared by the U.S. Energy Information Administration, Lesser’s analysis shows that, over the period 2018 – 2050, the electric generating plants that will charge new EVs will emit more air pollution than the same number of new internal combustion engines, even accounting for air pollution from oil refineries that manufacture gasoline. 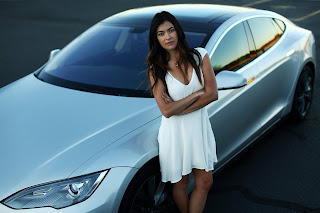 Given that ZEV's are heavily subsidized, this amounts to the poor and middle class buying expensive toys for the rich.

Many claim that “zero-emissions vehicles” (ZEVs), especially battery-powered electric vehicles, should replace most, if not all, cars and trucks powered by gasoline-burning internal combustion engines. The primary rationale is to reduce air pollution and carbon dioxide (CO2) emissions.

To effect this change, governments are spending billions of dollars to subsidize electric vehicles. These subsidies include state and federal tax credits for purchasing ZEVs and programs to subsidize the installation of vehicle-charging infrastructure in businesses, households, and along highways. Several states also have mandated the sale of ZEVs. For example, an executive order signed by California governor Jerry Brown in January requires 5 million ZEVs to be on the state’s roads and highways by 2030.

Will these subsidies and programs accomplish their objectives? And at what cost? A review of the literature finds few cost-benefit studies on these key questions.

When somebody I knows brags about their all electric "smart car", I call it a coal burner, and then explain that, in our area, a solid majority of power is made by coal combustion. Although, if they live in Baltimore, it's partly nuclear powered as well.

Wombat-socho has "Rule 5 Sunday: Hockey Girls" up and ready for action.
Posted by Fritz at 4:32 PM