#ThemToo: What's the Matter With Kansas? 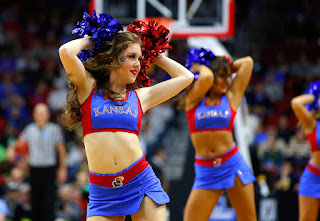 Tell women to stop sexually assaulting other women! KANSAS University cheerleaders were made to strip naked during a “humiliating” initiation ceremony.


New recruits were blindfolded, stuffed into a washing machine and cardboard boxes, before being ordered to strip in front of male squad members, it has been revealed.

One victim was so traumatised she left the university before finishing her studies, News.com.au reports. 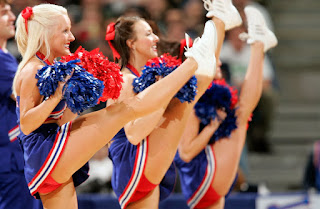 The university launched an investigation into the incident following complaints by the victims that cheerleading coaches allowed the hazing to take place on a yearly basis.

As a result the whole squad have been put on a year-long probation. 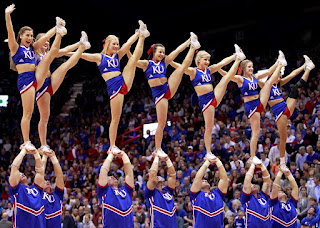 Two team members, who wished to remain anonymous, said they were abused during an “initiation” event for six first-year members last July, while the team was on campus for a children’s summer camp.

The cheerleaders arrived at Kansas football’s Memorial Stadium in running shoes, per the team’s orders, and were told to sprint up and down a hill. 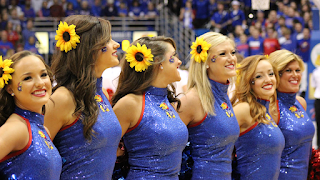 The older team members then blindfolded them, placed them in cars one by one and brought them inside an empty house, the two victims said.

One said she was forced inside of a washing machine, while the other said she was put in a cardboard box and jostled around as they banged on the sides. They were then frogmarched into another room and asked a series of questions. 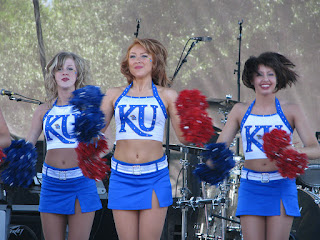 For each question they answered incorrectly, they were required to remove an article of clothing. Eventually standing there naked, the six cheerleaders allegedly were taken into another room, while one of them said she remembered being separated from the group. 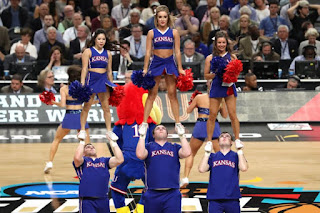 “I had taken my blindfold off along with another girl sitting next to me, and two alumni guys walked in and saw us naked,” she told student newspaper, The Kansas State Collegian.

Split into two groups, two of the cheerleaders said to have been taken downstairs and deemed “initiated,” while the others were subjected to public shaming.

Video, or it didn't happen. Wombat-socho has "Rule 5 Sunday: Hockey Girls" up and ready for action.
Posted by Fritz at 6:00 AM