Russiagate: Michael Cohen in the News 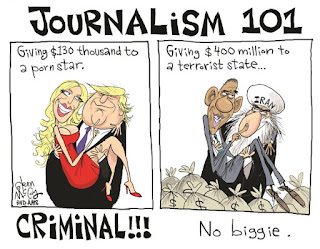 Rich Delmar, a counsel to the IG, said that in response to media reports, the office was “inquiring into allegations” that Suspicious Activity Reports on Cohen’s banking transactions were “improperly disseminated.” 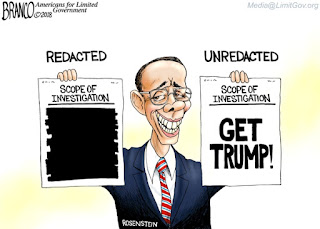 But one suspects it wasn't Muellers investigation that leaked this since Avenatti Accuses The Wrong Michael Cohens Of Making ‘Fraudulent’ Payments. Oopsy! Sorry about that! I wonder how that will cost his secret funder? Ace: North Korean Hostages Now on Plane and En Route to America. But That Doesn't Derail CNN From Its Thirty Two Hundredth Interview With Stormy Daniels' Lawyer. That might be an exaggeration. Hot Air Avenatti, Cohen And Oligarchs, Oh My! Lawyers use banks and accept money from people and businesses? Who knew?

It does appear that Michael Cohen (the right Michael Cohen) was, in fact, trading rather heavily on his association with the President. Cohen, touting his access to President Trump, convinced companies to pay millions. CNN: Inside Michael Cohen's aggressive pitch promising access to Trump. Trump’s lawyer pitched himself as a fixer to Novartis and got paid $1.2 million. As unseemly as this looks, it's not illegal, or the whole Clinton gang would be locked up. 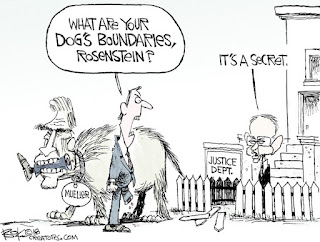 But it did draw attention. Mueller contacted drug company about Cohen payment in November. AT&T says it cooperated with Russia probe special counsel in Cohen case

The LLC has also emerged in special counsel Robert Mueller’s probe into foreign interference in the election. Last year, the special counsel requested information from pharmaceutical company Novartis AG and telecommunications giant AT&T Inc. in connection with payments they made to Essential Consultants in return for Mr. Cohen’s advice.


New emails show Clinton Foundation staff pushed Hillary Clinton's State Department to approve a meeting between Bill Clinton and a powerful Russian oligarch as her agency lined up investors for a project under his purview.

The Clintons' relationship with Viktor Vekselberg, the billionaire whose name appears in the documents, has taken on new significance amid an expanding criminal investigation into his company. Last week, authorities raided the offices of Vekselberg's firm, Renova Group, following allegations of bribery from several of Renova's subsidiaries.

Vekselberg had been named head of a partnership dubbed the "Russian Silicon Valley" just three months before a Clinton Foundation employee began pushing the State Department to approve Bill Clinton's proposed meeting with Vekselberg and a handful of other Russian executives.

Incidentally, Trump just sanctioned Vekselberg, so if it was a bribe it was remarkably ineffective.  Speaking of Russians: The ‘Russian Collusion’ Trial Is On, And Mueller May Be The First Casualty


“I guess Mueller thought it was a freebie, for sure,” former federal prosecutor Andrew C. McCarthy told The Daily Caller News Foundation after the court proceeding.

“He thought it could make this association (of Russian collusion) and it would never be challenged in court,” McCarthy, also a National Review contributing editor, said.
. . .
“One thing you never want to do is to indict in a case that you’re not prepared to try,” McCarthy said.

Special Counsel Mueller’s Team Questioned Blackwater Founder Erik Prince  because he met a Russian in the Seychelles over drinks.


“I met him at a hotel bar, and we chatted on topics ranging from oil and commodity prices to how much his country wished for resumption of normal trade relations with the—relationship with the USA,” Prince told the committee. “I remember telling him if Franklin Roosevelt could work with Josef Stalin to defeat Nazi fascism, then certainly Donald Trump could work with Vladimir Putin to defeat Islamic fascism.

Damning, damning! This should prove amusing: Mr. Drumpf, Your Newest Nightmare Is A Website Called ResistanceHole:


Mr. Drumpf (President Trump), you should be very afraid, because ResistanceHole is going to fight alongside our beloved hero and legal father, the Honorable Detective Robert Mueller, to kick your orange ass out of 1600 Pennsylvania Avenue so fast you’ll be making pee tapes with the KGB in hell by lunchtime. We will unite all the brave #Resistors in this country to expose your web of lies and trap you in a prison of truth. It’s a little prison called “jail,” Mr. President, and there’s a very comfortable Sleep Number bed in there that has your name on it. When ResistanceHole is done with you, sir, the only “travel ban” will be the one keeping your gargantuan Oompa Loompa ass from getting into heaven.

To be fair, he does have brain disease: McCain: I Gave The Dossier To Comey Because ‘Duty Demanded’ It Hey, it's a feature, not a bug! They can't hit you if they can't figure out where you are. ‘It’s extremely insulting’: Giuliani fires back at allegations of erratic behavior

Trump steps up to protect Mueller secret source. Secret intelligence source who aided Mueller probe is at center of latest clash between Nunes and Justice Dept.

Top White House officials, with the assent of President Trump, agreed to back the decision to withhold the information. They were persuaded that turning over Justice Department documents could risk lives by potentially exposing the source, a U.S. citizen who has provided intelligence to the CIA and FBI, according to multiple people familiar with the discussion and the person’s role.

The showdown marked a rare moment of alignment between the Justice Department and Trump, who has relentlessly criticized Attorney General Jeff Sessions and other top Justice officials for the probe into Russia’s interference in the 2016 election led by special counsel Robert S. Mueller III.